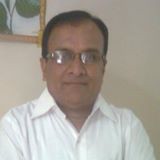 Some amount of laying in our PLA account account current. Can we claim refund? Any Government circular Notifications for refund of Balance excise duties

We have some amount of Rupees in Personal ledger account which are laying un utilized since June 2017 July 2017 GST rules applied. Balance in account current excess of excise duties paid 30/06/2017.These un utilized balance we can claimed? Online we filed in year 2019 but till date payment not effected. Now they telling me to file offline. Shall we entitle to get refund of the same.

I would like to import liquor / wines from Australia to India and would like to know the process / procedures to register firm specially in Delhi / Mumbai metro.

I need step by step guidance and expenses details if someone in the group can help me.

CHANGES IN UNMANUFACTURED TOBACCO IN BUDGET 2021

WE ARE ENGAGED IN MANUFACTURING AND SUPPLYING UNMANUFACTURED BRANDED TOBACCO. FALLING UNDER 24011090 OUR DUTY RATE STRUCTURE AS FOLLOW

If not kindly share me the notification number ratifying it.Please help

Case: A Firm cannot claim TRAN 1 Credit, now the time limit is expired. How to claim balance credit of Excise on Inputs,Capital Goods? How to Approach? What are the procedures and supporting documents need for claim the refund? Thanks in advance.