ITC Reversal on Non-Payment to vendors within 180 days 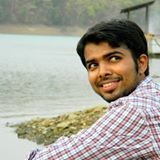 As Per Section 16 of CGST Act 2017, the registered person is entitled to take Credit of Input tax charged on any supply of goods or services to him, which are used or intended to be used in the course or furtherance of his Business.

If all other conditions are satisfied registered person shall be entitled to take ITC. But after taking ITC, in the following case such ITC shall be reversed.

ITC needs to be reversed, if the recipient fails to pay to the supplier of goods/services, the amount towards the value of supply along with Tax payable thereon within a period of 180 days from the date of Issue of Invoice by the vendor.

In such case, an amount equal to the ITC will be added back as output liability, along with the interest therein.

Subsequently, on payment of dues (total dues including GST) to Vendor, the recipient shall again become eligible to claim the reversed ITC.

Reporting of such Reversal:

A registered person, who has availed of input tax credit on any inward supply of goods or services or both, but fails to pay to the supplier thereof, the value of such supply along with the tax payable thereon, within the time limit specified in the second proviso to sub-section (2) of section 16, shall furnish the details of such supply, the amount of value not paid and the amount of input tax credit availed of proportionate to such amount not paid to the supplier in FORM GSTR-2 for the month immediately following the period of one hundred and eighty days from the date of the issue of the invoice.

Thus as per above provision, such invoice detail shall be mentioned in GSTR 2. As we know GSTR 2 has been suspended till further Notice, so in such case, voluntary compliance via GSTR 3 B needs to be done. (Refer last question for Guidance on same)

Further u/rule 37 of CGST Rules, 2017 Interest rate notified under section 50(1) shall be used for calculating Interest which is 18% p.a.

What if Dues related to Tax is fully paid to vendor but value of supply remains to be paid?

Ans. If payment is not made in full or part within a span of 180 days of raising the invoice, Then the amount of ITC shall be reversed in part of Full.

From which date to calculate a period of 180 days?

What could be the mechanism of Reversing Such Credit?

Ans. Rule 37 (1), Provides that registered person who has earlier availed ITC & has failed to make payment of the value of supply shall furnish Such Details in Form GSTR 2. For the month immediately following period of 180 days. As per Rule 37(2), such amount furnished in GSTR 2 shall be added to output liability register for the month in which such details are furnished. AS we all know GSTR 2 has been suspended till further Notice. Hence can we conclude that ITC reversal is not required? Apex court in the case of CIT VS  B C Shrinivasa Shetty [(1981) 2 SCC 460] held that without machinery provision, charging provision shall fail.

But to avoid litigations, entities must voluntary comply with this provision & reverse the ITC in GSTR 3B, GSTR3B has an option to reverse Input Tax credit under option 4. (B) ITC reversed. Further Interest payable is to be declared in 5.1 Interest & late fee payable.

Later on Payment to the supplier, such credit can again be availed like any other credit.

Remember, It is the responsibility of assessee to be compliant with the provisions of the law.

If we go through the return format there is no provision of linking actual payment with Invoices. Thus it is not possible for tracking such non-compliance automatically. (Things may change once Information Utility Agencies come into action fully under IBC)

However, till then, The Auditor is also responsible to highlight such issues on giving his audit report in GSTR 9 B.

Further such transactions will be on department during assessment proceedings, given easy nature of its detection of radar.