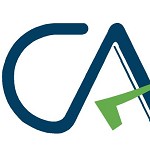 The industry of second hand goods in India is substantially growing since last many decades. There is a huge market of traders dealing in only second-hand commodities which include four wheelers, two wheelers and electronic items like mobiles, laptops, gaming consoles, wrist-watches, women hand bags, jewellery etc. Most of these businesses involve luxury items. Even small group commodities like books, clothes, etc. are gaining attention over the period. There are a lot of re-commerce websites, selling pre-owned luxury items including high-fashion apparel, footwear, clothing accessories, mobiles, imported stuff, etc. Such websites are gaining attention among the fashionistas who want best brands without affecting their pockets. Since the second hand goods industry has been growing much and has become an important part of the economy today, it is quite important to study how the proposed GST Law would affect the said industry.

The Constitution of India, vide Article 246 and 246A, empowers the Union and the States to make laws with respect to any matters enumerated in the Seventh Schedule. Entry 92A of Union list in Schedule VII and Entry 54 of State list mention "taxes on the sale or purchase of goods other than newspapers". Article 366(12) of the Constitution defines goods as "goods includes all materials, commodities and articles".

Hence, the goods are deemed to include second hand goods by whatever name called such as pre-owned goods, used goods, etc.

(B) Meaning of Second hand goods under GST Law

Looking at the definition of Goods, Section 2(52) of the Central Goods and Services Tax Act states that "goods means every kind of movable property other than money and securities but includes actionable claim, growing crops, grass and things attached to or forming part of the land which are agreed to be severed before supply or under a contract of supply".

(C) Levy of GST on sale of second hand goods

As per Section 7(1) of the Central Goods and Services Tax Act, the expression supply includes all forms of supply of goods or services or both such as sale, transfer, barter, exchange, licence, rental, lease or disposal made or agreed to be made for a consideration by a person in the course or furtherance of business.

Hence, supply of second hand goods made for a consideration in the course or furtherance of business shall be taxable under GST law and all the provisions of GST law shall be applied to such supply.

Section 9(4) of the Central Goods and Services Tax Act states as under:

"the central tax in respect of the supply of taxable goods or services or both by a supplier, who is not registered, to a registered person shall be paid by such person on reverse charge basis as the recipient and all the provisions of this Act shall apply to such recipient as if he is the person liable for paying the tax in relation to the supply of such goods or services or both."

As far as the second hand trade is concerned, there can be three different sources of procurement of second hand goods on which the applicability of Reverse charge depends.

We will understand this with the help of an example. ABC & Co. is a registered dealer of second hand goods being electronic items like mobiles, laptops, etc. It may procure the second hand goods from three different sources as below:

ABC & Co. buys second hand mobiles in bulk from XYZ & Co., which also has a business of new and/or old mobiles and accessories. XYZ & Co. is registered with GST.

Since the supplier XYZ & Co. is registered, it would issue a GST invoice and would charge GST to the recipient ABC & Co. Hence, the question of Reverse charge does not arise as the supplies are made by a registered person.

ABC & Co. buys second hand mobiles in bulk from PQR & Co., which also has a business of new and/or old mobiles and accessories. PQR & Co. is not registered with GST, its turnover being less than the threshold limit of INR 20 Lakhs.

Since the supplier PQR & Co. is unregistered, it would not charge GST to the recipient ABC & Co. Hence, the supply attracts Reverse Charge and the recipient ABC & Co. shall be liable to pay tax on such purchase. (Later on, ABC & Co. can claim this tax paid as an Input tax credit against its other tax liability, subject to following the conditions of Input Tax Credit rules)

Mr. T walks in to the shop of ABC & Co. to sell his old mobile which he bought before a year or so. Mr. T would surely be not registered, being a normal customer. The normal interpretation of Reverse Charge Mechanism would be that since the supplier is unregistered, ABC & Co. would be liable to pay tax. But this is not the fact and the reverse charge would not apply to this supply. The reason is explained below:

A supply, as per Section 7(1) as stated above, shall be a taxable supply only if it fulfills all the basic conditions stated therein. In order to constitute a 'supply', the following elements are required to be satisfied:

In the above example 3, the supply made by Mr. T to ABC & Co. is not made in the course or furtherance of business of Mr. T. In fact, Mr. T does not have any business of mobiles as such. Hence, the supply shall not attract the Reverse Charge and no tax shall be payable either by Mr. T or by ABC & Co., regardless of the consideration involved.

Section 15(5) of the Central Goods and Services Tax Act states that the value of such supplies as may be notified by the Government on the recommendations of the Council shall be determined in such manner as may be prescribed.

Rule 6(5) of "Determination of Value of Supply" rules state as below:

"Where a taxable supply is provided by a person dealing in buying and selling of second hand goods i.e. used goods as such or after such minor processing which does not change the nature of the goods and where no input tax credit has been availed on purchase of such goods the value of supply shall be the difference between the selling price and purchase price and where the value of such supply is negative it shall be ignored."

(F) Conditions for attracting the provisions of margin scheme as per Rule 6(5):

A few conditions shall be followed by a second hand goods dealer to avail the benefit of the rule of margin scheme:

a) The supply should be of second hand goods only.

b) Pre-owned goods are not necessarily deemed to be second hand goods or used goods. The goods should actually be used before.

d) Nature of goods should not change. If different accessories and goods are bought and assembled into a new kind of product, which is different in nature as compared to the goods bought earlier, the valuation rule benefit would not apply.

Such valuation rule is often known as margin scheme or differential scheme in many countries. To understand this rule better, we shall continue with the above mentioned three examples of procurements by ABC & Co. discussed under the Reverse Charge Mechanism. Let us find out how much GST needs to be paid on sales made by ABC & Co. in different scenarios.

ABC & Co. has bought goods from a registered dealer (XYZ & Co.) and it would have paid GST to the supplier as mentioned on GST invoice issued by XYZ & Co. Since it would have already paid the tax, it will surely claim the input tax credit for GST paid and hence, the above valuation rule does not apply. Hence, ABC & Co. shall be liable to pay GST on entire sales value and shall claim Input tax credit of GST paid on purchases.

ABC & Co. has bought goods from an unregistered dealer (PQR & Co.) and it would have paid GST to the Government as per Reverse Charge mechanism. Since it would have already paid the tax, it will surely claim the input tax credit for GST paid and hence, the above valuation rule does not apply. Hence, ABC & Co. shall be liable to pay GST on entire sales value and shall claim Input tax credit of GST paid on purchases.

ABC & Co. has bought goods from an unregistered customer Mr. T and it would not have paid any GST to Mr. T or to Government since the provisions of Reverse Charge mechanism do not apply. Since it would have not paid the tax, the above valuation rules shall be applied. Hence, ABC & Co. shall be liable to pay GST only on the differential value i.e. sales value minus purchase value.

Note: Even if the margin scheme be applied to ABC & Co. in Examples 1 & 2 above, i.e. not claiming input tax credit for tax paid on purchases and paying tax on marginal value, the overall tax burden would be one and the same because tax on purchase has already been paid. However, in Example 3, since no tax is payable on purchases, and valuation of supply is only the value addition, ABC & Co. would have considerably lower tax burden.

(a) The second hand dealers who procure such goods from registered dealers, there would be no impact as laws are same which apply to new goods dealers.

(b) The second hand dealers who procure goods from unregistered dealers, would fall under the provisions of reverse charge mechanism and have to pay taxes on behalf of unregistered dealers and later, claim such tax as input tax credit. So, more procedures need to be followed by such dealers.

(c) The dealers who procure goods directly from end-users or customers, would carry lower tax burden i.e. no tax on purchases, and on the other hand, tax only on their margins and hence, they would end up in having a better profitability as well as a better cash flow.

Since there is no distinction between new goods and second hand goods under GST Law, the GST rates to be applied to used goods would be same as if they were new goods.

(I) Global scenario of tax on second hand goods:

The transactions of second hand goods being sold by non-taxable individuals not having business are exempt in most of the countries all over the globe. Also many of the countries having VAT/GST laws have margin schemes for dealers in second hand goods. Countries like Singapore, Malaysia have specific rules and guidance notes for taxes on second hand cars. New Zealand specifically excludes "livestock" and "goods consisting of any fine metal of any degree of purity" from the definition of second hand goods, which is quite logical. Countries like Albania, Belgium, Finland, Israel, Italy, Mauritius, UK, etc. have special arrangements by way of profit margin schemes and simplified tax measures for dealers of art works, collectibles, antiques etc.

Regarding the existing proposed Indian GST Law, the second hand goods have been mentioned only at one instance i.e. Rule 6(5) of the proposed rules for Determination of Value of Supply. There is no any mention else-where and hence, all the rules other than for valuation, shall apply in the same manner as they apply to new goods. However, GST Council is expected to frame out detailed rules for valuation, since the industries of vehicles, mobiles, jewellery, etc. have a significant volume and amount of transactions and these industries are a substantial part of the overall business economy.