Death of directors in COVID scenario

In this COVID-19 situation, as we are facing the second wave, there is a rise in the death ratio. People are following the strict guidelines issued by various State & Central Government but unfortunately, this seems to be very less to fight against the deadly virus. The support, Trust & Patience that people have shown in these tough times is commendable. No words can justify the efforts of all the front line warriors like Doctors, Nurses, Support Staff, Police & all the health works. Kudos to all of them. But the reality is we are seeing a rise in death numbers daily.

As per Section 149(1) of the Companies Act, 2013, every private company shall have at least two directors and for the public company, three directors constituting a valid requisite quorum of the Board for smooth functioning of the company's affair.

If a director of a private company who only has two directors on board, dies due to Covid then the company's quorum falls the minimum limit. However, this shall not cause the company to come to a standstill as a company and its directors are separate entities. 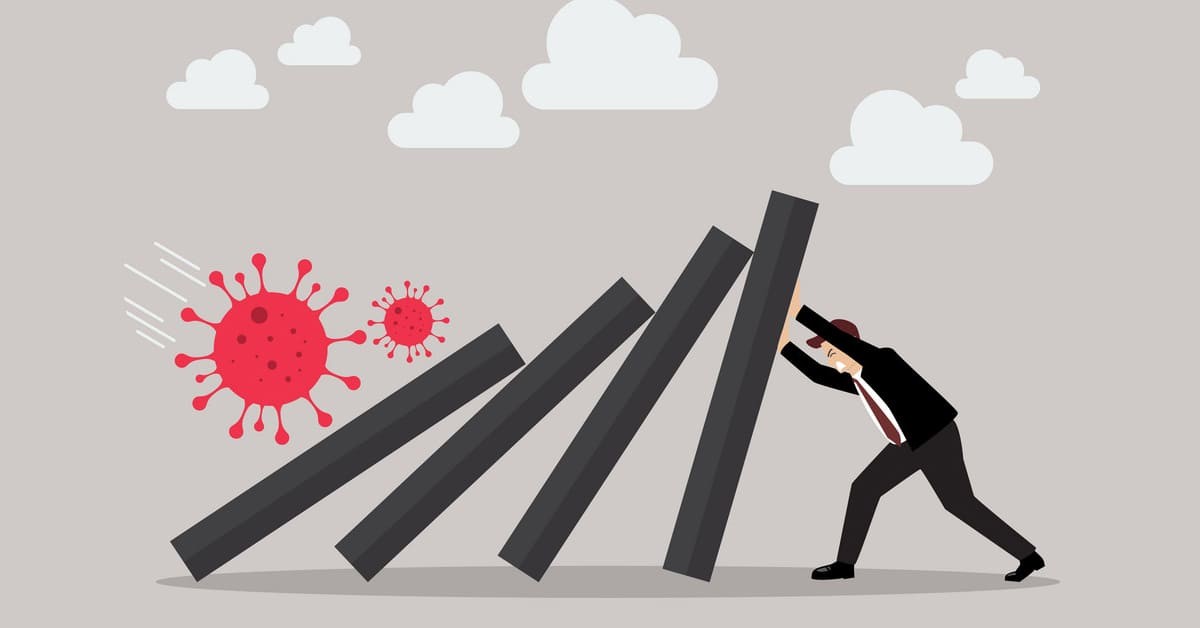 Whenever a Director dies, it is regarded as a casual vacancy of the office. A Casual Vacancy is when a director's office is vacated before the expiry of his tenure. These vacancies normally occur when:

In the event of the creation of a casual vacancy, it should be filled by the provisions of the Companies Act, 2013 and subject to the Articles of Association of the Company & the company shall appoint a director as soon as possible and later get it approved through members in AGM.

THERE CAN BE 2 POSSIBLE SCENARIOS

In case of Scenario 2, When all the directors of a private or a public company die, resign or Vacate their office, then the company can refer to section 168(3) and the promoter or, in his absence the Central Government shall appoint the required number of directors who shall hold office till the directors are appointed by the company in the General Meeting.

In such cases where there are no directors left on board, the company faces issues while filing the E-form DIR-12 for appointment of Director, as while filing the form the MCA requires the signature of the Authorized Signatory Director on the form. Therefore, the form cannot be filed due to the absence of directors.

MCA issued a clarification in this regard vide General Circular No. 3/2015 dated 3rd March 2015. MCA clarified that in such scenario (as mentioned in scenario 2), the ROC may allow any one of the resigned director (who was an authorized signatory of the Company) to file the e-form as applicable and subject to the compliance of other provisions of Companies Act, 2013.

DEATH OF A DIRECTOR IN CASE OF A PUBLIC LIMITED COMPANY

In the case of a casual vacancy created by the death of a director in a public company, reliance ought to be placed on Section 161(4) of the Companies Act, 2013. According to the section, the casual vacancy has to be filled in by the Board of Directors by mandatorily convening a meeting. However, as stated earlier, such appointment is subject to the provisions laid down by the Articles of Association of the company.

The director so appointed to fill in the casual vacancy should hold office only up to the date up to which the director in whose place he is appointed would have held office if it had not been vacated.[4]

DEATH OF A DIRECTOR IN CASE OF A PRIVATE LIMITED COMPANY

Section 161 does not apply to a private company. They fill the casual vacancy through their Articles of association or Section 152 which is general meetings.

In case of death of director, it's to be compulsorily filled by the existing director at the board meeting and the newly appointed director should be appointed as Additional Director and duly approved by the Shareholders in the AGM.

PROCESS TO FOLLOW FOR APPOINTMENT OF NEW DIRECTOR IN PLACE OF THE DECEASED DIRECTORS.

This article is for the purpose of information and shall not be treated as a solicitation in any manner and for any other purpose whatsoever. It shall not be used as a legal opinion and not to be used for rendering any professional advice. Views represented & facts given here-in-above represent the Author's own views & Understanding of the subject matter & based on the data obtained from the public domain. Each individual shall exercise due care while understanding & implementing the above provisions in their respective organizations. Adequate attention has been given to avoid any clerical/arithmetical error, however; if it still persists kindly intimate us to avoid such error for the benefit of others readers.

The author can also be reached at harshmjain08@gmail.com and hariaketan@gmail.com.

IBC- Hefty Monetary Penalties to be imposed by an IP Agency

Holding of the AGM through Video Conferencing

How to Remove Disqualification of Director?