What is National Financial Reporting Authority?


THINGS TO BE REMEMBERED ABOUT NFRA

An Independent Indian body constituted by central government to monitor the quality of audit undertaken across the corporate sector in India, apart from those who regulates same.

NFRA has overriding powers over other laws with respect to its various powers & functions.

NFRA is permitted with same powers vested in Civil Courts under the Civil Procedure 1908, while trying a suit. 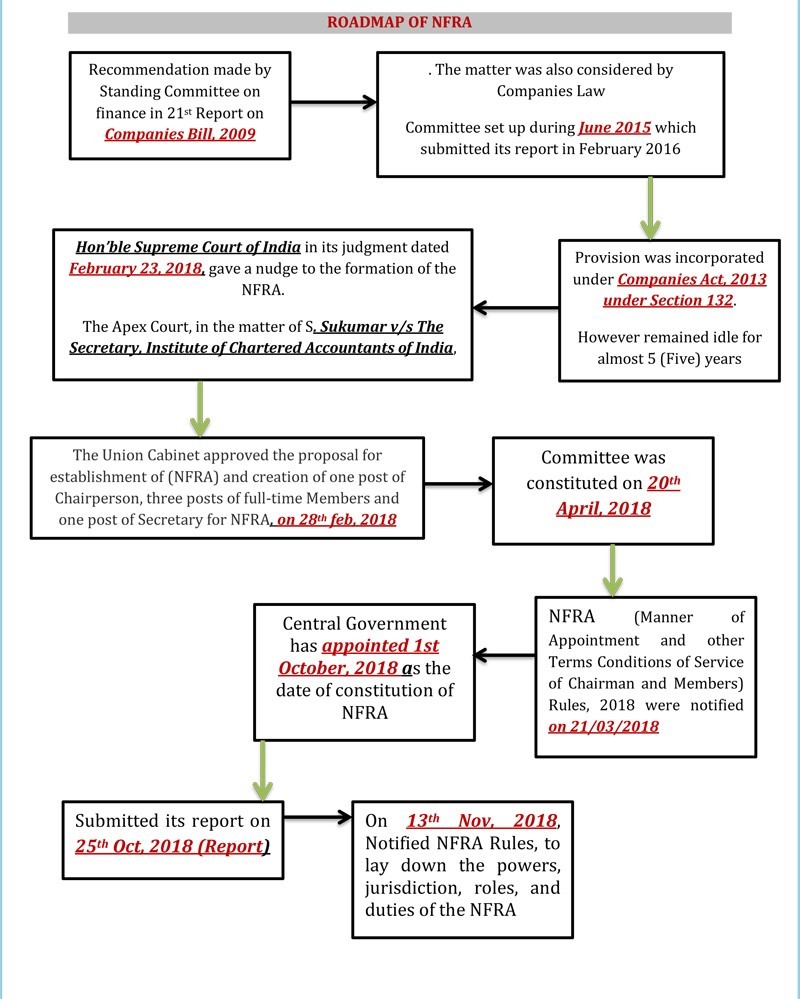 The Central Government seems to have been given the discretion to make a referral to the NFRA of even private companies or such unlisted public companies, in public interest.

WHO HAS TO FILE ANNUAL REPORT IN FORM NFRA-1?

As per Rule 3 (2) and Rule 3 (3) particulars of Auditor is required to be filed with NFRA: categories in two ways (1) One Time returns and (2) Event based return on appointment of Auditor

HOW TO FILE NFRA FORM

3. User has to create Login ID and password credentials for same (Login ID is required Entity wise as the Authority letter would be Entity wise.)

4. In case of entity, authorized official (authorized by Authority Letter/ Board Resolution)of entity is required to file NFRA, holding one of the following position:

Such official needs to have an Identification Number like DIN / ICSI membership number, etc. to file NFRA-1 form.

5. Detail Steps are available on
https://eformnfra.nic.in/readwrite/NFRA%20User%20Registration%20Instructions.pdf 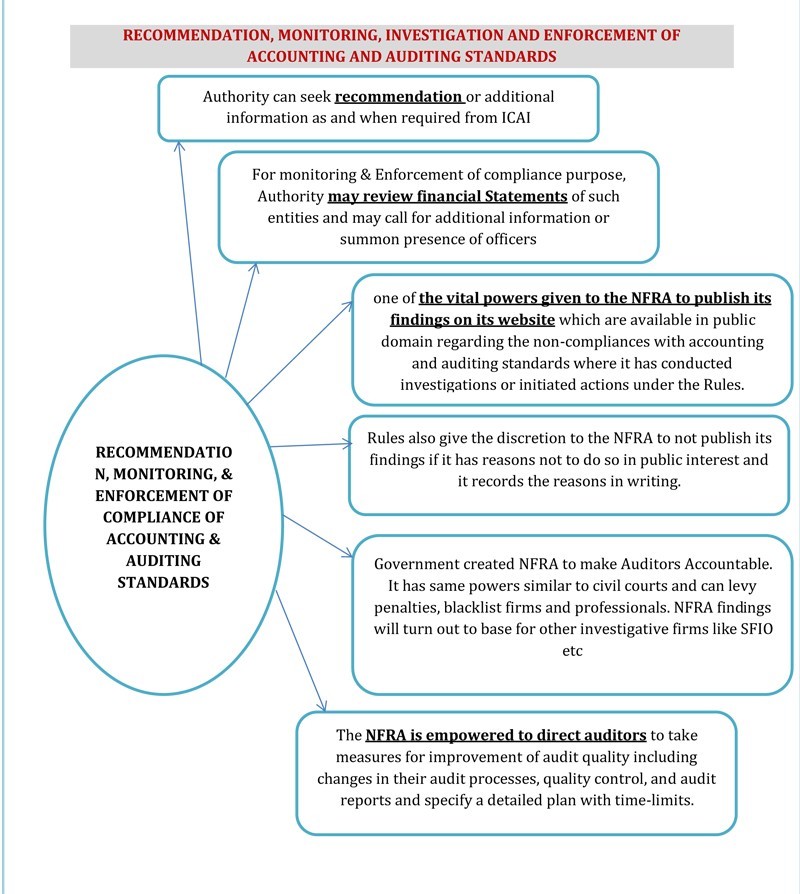 The NFRA is given the power to investigate or initiate disciplinary proceedings not just against individual auditors but also against audit firms for professional misconduct or other misconduct.

Whereas, all cases of professional or other misconduct against auditors of companies or body corporates who do not fall within the ambit of the NFRA shall be dealt with ICAI unless a specific reference is made to the NFRA by the Central Government.

AS per Section 132(5) any person aggrieved by the order of the NFRA may prefer an appeal before the Appellate Tribunal in such manner and on the payment of such fee as may be prescribed.

NFRA have powers to impose penalty, for professional or other misconduct: Committed by any member or firm of Chartered Accountant:

i. In case of Individuals: not less than one lakh rupees, but which may extend to five times of the fees received

ii. In case of firms; not less than five lakh rupees, but which may extend to ten times of the fees received.

Thus ICAI will continue to retain its regulatory powers in respect of, proprietorship firms, LLPs, Partnership firms, charitable trusts, Societies, AOP/ BOI, along with private companies and unlisted public companies below the above-prescribed threshold and will have discretionary powers to provide rules and regulations.