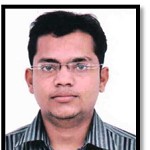 This section is applicable to all the assessees

When we talk about the explanation the onus is on the assesses to rebut the same if he fails to rebut it, it can be held against him.

For cash credit to be genuine the assessee must provide the identity of creditor, capacity of such creditor to advance money and genuineness of transaction. Mere filling of confirmation letters does not discharge onus that lies on assesses.

Source of source cannot be asked for

Onus is placed on the assessee to disclose the identity of creditors and he is not required to prove the genuineness of transactions as between its creditors and creditor's source of income.

In case of Gift

Where assessee received gift of certain sum of money and the person has made a gift by demand draft and had also produced evidence in support of source from which funds for making gifts were available with him than genuineness of gift could not be disbelieved and gifted money could not be treated as undisclosed income.

In case of liability

If the liability shown in the books of accounts is found to be bogus and no reasonable explanation is offered by assessee, the amount can be added towards the income of the assessee and brought to tax in his hands.

In case of carried forward credit

As far as taxation is concerned, the tax can be imposed on the credit of the current year only no carried forward credit can brought in to tax burden.

In case of partnership firm and capital contribution by partner

When the revenue believes that the share holders are bogus than AO cannot impose the section 68 and added the amount in income as far as company is concern rather AO is free to open the individual assessment of each shareholder.

But in case of company when shares are issued to non-existent persons it implies that no valid shares have been issued at all. Only if the share holders exist, the share money so received can be treated as capital receipt. When an assessee does not offer any explanation at all as to the source of money credited to non-existing share holders, the provision of section 68 can be invoked and the sum credited shall be treated as income of the previous year in which such credit entries were found.