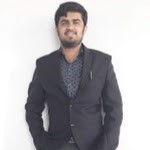 
In-Depth Analysis of Section 68 of the Income Tax Act

Section 68 of Income Tax Act is one of the debated section which brings huge numbers of litigation and judgments, especially in case of Demonetisation, we have seen a number of assessment orders have been passed by the assessing officer invoking section 68 and consequently applying section 115BBE.

We are going to get in-depth insights of each important word used in the section and its meaning according to different judgments, as this will be helpful for tax professionals to understand it for the purpose of filing the appeal before Commissioner of Income Tax (Appeal) and taking the valid and effective grounds of appeal.

'Books or Books of accounts' includes

- whether kept in the written form or

- as print- outs of data stored in a floppy, disc, tape or

- any other form of electro- magnetic data storage device.

- So, the precedent condition for invoking the provision of Section 68 is the existence of Books of account. {Guwahati HC - Anand Ram Raitani vs CIT [1997] 223 ITR 544 (Guwahati)}

- Assessee can file an appeal with a valid ground that he is not liable to maintain books and A.O. has made addition by invoking provisions of Section 68.

(A) Can Bank Pass Book be considered as books of account?

- Pass Book supplied by the bank to their account holders is only a copy of transaction with respective bank maintained by the Bank.

(B) What if the assessee is liable to maintain Books, but not maintained by him?

- Here, assessee can't take advantage of his own wrong.

- If he is liable to maintain books as prescribed u/s 44AA and he has not maintained the same, then onus lies on the assessee to prove the source of amount received and nature thereof. {Bombay HC - Arunkumar J. Muchhala vs CIT [2017] 85 taxmann.com 306 (Bombay)}

(C) What if A.O. has rejected the books and still making addition u/s 68?

- Now suppose A.O. is making addition where assessee has deposited cash in his bank account from opening balance of cash- in- hand which doesn't pertain to previous year for which such addition is made by A.O.

- It is a finding of fact that if credit balance appearing in books of assessee doesn't pertain to impugned year, then A.O. is not justified in making addition u/s 68 of the Act.

4. No explanations about the nature and source

- It is very impractical for a small businessman who deals in cash can maintain the name, address, PAN of purchaser to prove the genuineness of transaction.

- In case of cash sales transaction, seller hardly needs to record the name and address except in few transactions mentioned in Rule 114B.

- The failure to maintain the identity, prove the credit worthiness of customers or genuineness of transactions of cash customer can't be regarded as circumstances giving rise to suspicion as there is no requirement for the assessee to maintain identity of cash customer.

5. Assessee has deposited cash in bank on account of cash sale. Can such sale be added u/s 68?

- If A.O. has doubted the cash sales and accordingly made addition u/s 68 and assessee has already disclosed such sale in P&L A/c and offered for taxation.

- Now A.O. can't treat such sale as undisclosed income and no addition u/s 68 can be made once again in respect of that sale as it has already been offered for taxation. It tantamount to double taxation of same Delhi High Court - CIT vs KAILASH JEWELLERY HOUSE (ITA 613/2010)

6. Cash deposit was on account of cash sale but no disclosed in P&L A/c by the assessee.

- Here if A.O. finds that cash deposit was on account of cash sales, then only margin of profit should be added on such cash deposit. Delhi ITAT - ITO Vs. Shri Pankaj Aggarwal [ITA No. 7091/Del/2014]

- Even if profit element is added in total income of the assessee towards unaccounted sales, it can only be assessed u/h PGBP and not u/s 68 just to apply section 115BBE if all other conditions of section 68 is fulfilled.

8. Following are the situations where it is very difficult for the A.O. to make addition u/s 68: -

- If stock exists and it is not proved by backdating.

- A.O. accepted the books as well gross profit maintained by the assessee.

- Proper invoice was issued and GST or VAT returns has been properly filed by assessee.

9. Cash Deposit out of cash withdrawals: -

- Assessee is only liable to explain why he kept such cash in hand. If there is higher time between the withdrawal and deposit, it is very hard for the assessee to explain and prove the genuineness.

- But merely time gap between withdrawal and deposit of cash, explanation offered by the assessee couldn't be rejected unless A.O. has evidence that such amount has been used for any other purpose.

- Initial burden lies on the assessee to prove the authenticity for transaction.

This article will be helpful for those tax professionals especially who are going to CIT(A) for demonetization cases. It will clear all the doubts related to section 68 and its implications on different cases.

The authors can also be reached at amit.especia@gmail.com or raimit2507@gmail.com