Results versus Efforts, which one do you look for? 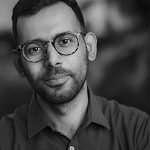 
It’s that you have chosen one of the most prestigious courses in the country. Such a promising career this course offers you. This article has been intended for the students who are striving so hard to come as a CA with flying colors. I should give due credit to Mr. Harsha Bhogle that this article was largely inspired by his speech at IIM-A some years ago. I have adopted some excerpts from that speech and tailor made them so as to help the students on becoming a successful CA.

I would like to put forth the following points at this juncture. There is a beautiful word in English called ‘Excellence’.  More beautiful than words such as rank, topper, placement, passed. What kind of a student are you?

a. Are you the one who were inspired by the name of the past rank holders and trying so hard to become one in that list?

b. Are you the one who have already set some big marks as target that you are planning to achieve in your exam?

c. Are you a person who wants to study well only for the attractive package that placement offers you? Or

d. Are you the person who now think the above mentioned questions are beyond your scope and you just want to pass the exams and come out of the course just as a finished product?

If you fall in any of the above questions, you have to read the upcoming lines with some attention. You are a goal oriented person. It’s absolutely nice to be goal oriented. Having a clear goal will define your path. All that is agreed. But there is a risk in being goal oriented. That is, there are high chances of you becoming goal maniac instead of just being goal oriented.  And if you turn out to be a goal maniac person, the real problem starts. Being purely result oriented invites anxiety, fear. And there are people who dare to take any means to get to their ends. The moment you fix yourself a stiff target as to, “I will clear my CA final exams with 600above marks”, the unnecessary anxiety has crept in there already. How many times have we seen people who become unnecessarily nervous just when they think of the marks they badly want to score! The obsession over the ultimate result breaks you down, to the contrary.

Now on the other hand let us think of practising excellence. It means being performance oriented. By being so, you focus only and only on the task at your hand and not at anything or especially the result you are going to get out of it. It’s like Dhoni say everytime during any pre match interview, “It’s always better not to start a match with a preset target in the mind. Just go and bat for 4-5 overs and see how the pitch behaves and bat till the last over and score as much as possible”. Likewise it is always advisable to look at your course with an attitude, “I will just approach this course with free mind, accept its nature as it is, and I will give my fullest best everyday in whatever I study or whatever work I do”.

At this juncture I would like to make it clear; I do not solicit not to have any goals at all. Of course a goal is what determines where you are heading. But after having set a goal, I suggest, it is worth to focus only on performance and not to worry about the result. You can only concentrate on something which you have control over it. So going by that theory, you do not have control over what is going to happen tomorrow i.e on the result. But on what you have absolute control is what you do today, right at this minute.

By being performance focused you always try to give your best in every given moment. After one day of pure hard work, the satisfaction you receive at the end of that day is not measurable in tangible terms. But given the same degree of best effort day in day out compounded for one month, 2 months, 3 months and a whole study leave or during the whole of your articleship, you have all the probabilities of achieving something even above than what you had ever aimed of.

Going by standard costing logic, there will exist 9 out 10 times a variance between budgeted and actual. Similarly there will always exist a deviation of 10-15 marks on either side than what you expected. Most of the times, you do not get exactly what you desire of. And at that time if you are a person who always had sought for achieving excellence, the shortfall of ten or fifteen odd marks will not matter to you. Because you always know your marks does not define you as a person. But your efforts do.

Ok. They may say, “Vague goals provide vague results”. But it really does not mean “Definite goals will provide definite results” unless you put the genuine efforts. It is a paradigm that needs to be changed. You are much more than your resume. You are much more than your grades. You become much worthier person than what your stats show, the moment you stop obsessing over the numbers and start practising excellence.

I hope it was a useful read. Thank you for letting me share this.