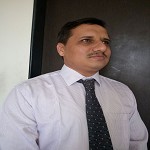 
Brief Recommendations put by the committee are summarized here under:

• As per AS 1 talks  on the concept of prudence, But TAS  (AP) does not permit differential treatment of expected income & Losses unless permitted by any other TAS

• No recognition of the concept of materiality TAS (AP)

• The standard cost method is not recommended by the Committee. (AS 2)

• TAS (VI) provides that the method of valuation of inventory once adopted by a person in any previous year shall not be changed without a reasonable cause. (AS 2)

• Valuation of inventory at the time of dissolution of a partnership firm, association of persons and body of individuals shall be valued at the net realisable value. (AS 2)

• Events occurring after the balance sheet date have been proposed to be ignored by the tax accounting standards as it merely outlines disclosures.  (AS 4)

•  Separate disclosure of prior period items. In order to provide certainty and reduce litigation, the TAS (PP) provides specific conditions for allow ability of prior period expenses.(AS 5)

• In respect of reversal of revenue on account of uncertainty arising on realisibilty of contract revenue the TAS (CC) provides that before reversal of revenue, the sum shall be written off in the books of account in line with the provisions of Section 36 (1)(vii) of the Act relating to the bad debts. (AS 7)

• For pre-construction income in the nature of interest, dividend and capital gains it has been provided in the TAS (CC) that such income shall not be reduced from the contract costs but shall be treated and taxed as income in accordance with the applicable provisions of the Act. (AS 7)

• The contract costs to a construction contract should be measured reliably, To avoid litigation this condition is removed. (AS 7)

• The contract costs which relate to future activity shall be recognized as an asset when it is probable that such costs are recoverable. The TAS (CC) provides for recognizing such costs as an asset. If such costs are not realisable then the same may be allowed under provisions of the Act. (AS 7)

• Contract revenues are recognized if it is possible to reliably measure the outcome of a contract. This is not required to be seen in TAS (CC). (AS 7)

• TAS (CC) provides that the losses incurred shall also be allowed only in proportion to the stage of completion. Future or anticipated losses shall not be allowed unless such losses are actually incurred. (AS 7)

• TAS (CC) provides that once a contract crosses 25 % of stage of completion, the revenue in respect of such contact shall be recognized. (AS 7)

• TAS (RR) provides that revenue from service transactions shall only be Recognised by following the “percentage completion method”.(AS 9)

• TAS (RR) provides that where the ultimate collection with reasonable certainty is lacking, same shall be applicable in case of  claims for price escalation and export incentives. (AS 9)

• The provisions of AS-9 relating to recognition of dividend  is not incorporated in the TAS (RR).

• The applicability of TAS (FA) is restricted to tangible fixed assets being land, building, Machinery, Plant or Furniture as Block of Assets (BOA).(AS 10)

• In the case of acquisition of an asset in exchange for another asset, TAS (FA) provides that lower of the fair value of the asset/securities given up, or the asset acquired shall be recorded as actual cost.(AS 10)

• The TAS (FE) expressly provides that initial and subsequent recognition of foreign currency transactions and the resultant exchange differences provisions will be subject to Section 43A of the Act and Rule 115 of the Income-tax Rules, 1962. (AS 11)

• TAS (FE) provides that exchange differences arising on translation of the financial statements of non-integral foreign operations shall be recognised for the purpose of computation of income. (AS 11)

• TAS (FE) provides that all gains or losses on forward exchange contracts entered into for trading or speculation contracts shall be recognised on settlement. (AS 11)

• TAS (GG) provides that the government grants should be treated either as revenue receipt or they should be reduced from the cost of fixed assets based on the purpose for which such grant or subsidy is given.(AS 12)

• TAS (GG) provides that recognition of Government grant shall not be postponed beyond the date of actual receipt. (AS 12)

• TAS (SC) deal with computation of income under the head “Profits and gains of business” or “profession or Income from other sources”, the TAS (SC) only deals with securities held as stock-in-trade.(AS 13)

• AS-13 indicates that though it does not apply to stock-in-trade, the manner in which they are accounted for is quite similar to current investments. the TAS (SC) modifies the provisions of AS-13 relating to valuation of securities.

• The Provision that Exchange differences arising from foreign currency borrowings to the extent they are regarded as an adjustment to interest costs has been removed.(AS 16)

• TAS (BC) has removed the provision of Income on temporary investments of funds borrowed to be reduced from Borrowing costs eligible for capitalisation. (AS 16)

• In the TAS (BC), the conditions relating to commencement and cessation have been aligned to the provisions of the Act, and the concept of suspension is removed. (AS 16)

• TAS (LS) provides for uniformity of definitions and requires a joint confirmation regarding consistency of classification between the lessor and the lessee. (AS 17)

• Concepts of Gross Investment and Net Investment in case of finance leases. To ensure consistency and simplification, the TAS (LS) has modifies these provisions. (AS 17)

• Where the lessor is a manufacturer/dealer, TAS (LS) provides for adjustment in case of artificially high rate of interest as well. (AS 17)

• TAS (LS) provides that adjustments in the residual shall be carried out only at the end of the lease term. (AS 17)

• Provisions relating to sale and lease back transactions has been removed in the TAS (LS). (AS 17)

• The TAS provides that in the case of finance leases, depreciation will be allowed to the lessee even though the asset is owned by the lessor. Provisions of the Act relating to depreciation, ownership, block of assets, transfer etc. need to be aligned prior to notification of the TAS (LS). While formulating the TAS (LS), the Committee noted that the current provisions of the Act do not adequately address cases where after the sale and lease back transaction, the resulting lease is an operating lease. The Committee recommends necessary amendment to the Act to address these cases. (AS 17)

• TAS (IA) has not incorporated the amortisation, retirement and disposal of intangible assets, and intangible assets acquired on amalgamation in view of the specific provisions under the Act. (AS 26)

• Recognition of a provision that when it is probable that an outflow of economic resources will be required to settle an obligation. The word “Probable” has been replaced by “Reasonably certain”(AS 29)

• Recognition of a contingent asset when the realization of related Income is “virtually certain”. The Word Virtually Certain has been replaced by “Reasonably Certain”(AS 29)

• The provisions relating to restructuring costs are not incorporated in the TAS (PC).(AS 29)