Impacts of crude oil on the economy 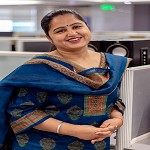 
What is Crude oil?

Crude oil is a naturally occurring substance found in certain rock formations in the earth. It is a dark and sticky liquid classified as a hydrocarbon, which is highly flammable and burned to create energy.

Why crude oil is crucial engine for every economy in the world?

Crude oil is the most important natural resource for every industrialized nation. It has become the world's most important source of energy since the mid-1950s. Refining crude oil is so important in our society, there are following list of products that come from crude oil:

​​​What is Chronology of crude oil prices?

From 1999 till mid-2008, the price of oil rose significantly. It was explained by the rising oil demand in countries like China and India

In the middle of the financial crisis of 2007–2008, the price of oil underwent a significant decrease after the record peak of US$145

The lowest since the financial crisis of 2007–2010 began. The price sharply rebounded after the crisis and rose to US$82 a barrel

For about three and half years the price largely remained in the $90–$120 range. In the middle of 2014, price started declining due to

a. A significant increase in oil production in USA, and declining demand in the emerging countries. By January 2015 the price of

b. Benchmark crude oil, both Brent and West Texas Intermediate (WTI) reached below $50, with vanishing spread.

Who are major suppliers and regulators for crude oil in the world?

In 1960, A regulator The Organization of the Petroleum Exporting Countries (OPEC) was founded in Baghdad, Iraq, with the signing of an agreement in September 1960 by five countries namely Islamic Republic of Iran, Iraq, Kuwait, Saudi Arabia and Venezuela who control the crude oil prices and other related production regulations of member countries. OPEC member countries produce about 40 percent of the world's crude oil. Equally important to global prices, OPEC's oil exports represent about 60 percent of the total petroleum traded internationally. Rest are  non-OPEC production centers that include North America, regions of the former Soviet Union, and the North Sea.

How India is influenced/ impacted by crude oil prices?

First thing to observe is that India is one of the largest oil consumer (4th after US, China & Japan) importing majority of it from Middle East countries (members of OPEC). India’s growth story hovers around the import of oil as India imports 70% of its crude requirements. India imports more than two- thirds of its requirement, which constitutes around 30 percent of total imports. Any negative change in the crude oil price has an immediate positive impact on the increment in the GDP and IIP.  There are following benefits India will have with falling in prices :-

a. Falling crude prices is certainly a blessing for the economy as it helps macro-economic management (both budget and fiscal) by improving macro fundamentals (inflation, fiscal deficit and current account deficit).

b. Adding to that the fall in international oil prices will reduce subsidies that help sustain the domestic prices of oil products (LPG, kerosene)

d. A one-dollar fall in the price of oil saves the country about 40 billion rupees.

e. Research report says that a 10 percent decline in oil prices could reduce retail inflation (Consumer Price Index-based inflation) by around 0.2 percent and push up the gross domestic product (GDP) growth by 0.3 percent.

f. Helped by a decline in under-recoveries, better refining margins and expansion of marketing margins.

Why crude oil prices are falling down since 2014?

This a complicated question, but it boils down to the simple economics of supply and demand. Oil prices tumbled to a six-year low, driven by renewed fears of oversupply and a surging U.S. dollar. Crude prices were also weighed down amid U.S.  nuclear deal with Tehran, which would allow more Iranian oil exports into an already oversupplied global oil market. This deal would  remove Western sanctions against Tehran and investors fear it could affect a global oil market already facing oversupply.

United States domestic production has nearly doubled over the last six years, pushing out oil imports that need to find another home. Saudi, Nigerian and Algerian oil that once was sold in the United States is suddenly competing for Asian markets, and the producers are forced to drop prices. Canadian and Iraqi oil production and exports are rising year after year. Even the Russians, with all their economic problems, manage to keep pumping.

On the demand side, the economies of Europe and developing countries are weakening and vehicles are becoming more energy-efficient. So demand for fuel is lagging a bit. China's recent devaluation of its currency suggests the economy of the world's biggest oil importer may be worse off than expected.

How US Dollar impacting to Crude oil markets ?

US Dollar is currency of international trade, Large majority of global oil is traded in U.S. dollars, and the volatility of that currency has tremendous influence on the real price of oil. Any weakness in the value of the USD against other currencies increases the purchasing power of countries.

There is a strong negative correlation between the prices of crude oil and USD. The negative correlation was particularly sustained after financial crisis of 2009, as the global economy began to emerge from deep recession and economic stimulus provided a wave of cheap money,