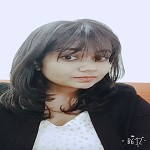 
On 18th March 2019, 131 CAs voiced against the contention made by 108 economists through an open letter. This news got the attention of the media and hashtag #CAsForNation was trending all over.

If you have missed the story, here’s a summary of what had happened-

A few days ago, 108 economists had come together raising their concern on the authenticity of the statistical data reports released by the Government. In an open letter, titled- Economic Statistics in a Shambles: Need to Raise a Voice, they mentioned that the National statistics serve as a base for formulating important policies and therefore, it is important that the calculations for these data are not meddled with.

The economists mentioned the calculations of GDP in particular, which according to them was altered with the change in base year.

The letter said- “In early 2015, the Central Statistics Office (CSO) issued a new GDP series (with the revised base year 2011-12), which showed a significantly faster growth rate for the years 2012-13 and 2013-14 compared to growth under the earlier series. These revised estimates were surprising as they did not square with related macro-aggregates. Since then, with almost every new release of GDP numbers, more problems with the base-year revision have come to light. In January this year, for instance, the CSO’s revised estimates of GDP growth rate for 2016-17 (the year of demonetisation), shot up by 1.1 percentage points to 8.2 percent, the highest in a decade! This seems to be at variance with the evidence marshalled by many economists.”

The second point raised by them was that the data related to employment was held by NSSO (National Sample Survey Organisation) which indicated that the unemployment rate in 2017-18 was in 45 years.

The letter said- “In December 2018, the schedule for the release of results from the Periodic Labour Force Survey (PLFS) of the NSSO was not met. This was the first economy-wide employment survey conducted by NSSO after 2011-12 and was therefore deemed important. Two 2 members of the National Statistical Commission, including the acting chairman, subsequently resigned because they felt the NSSO was delaying the release of the report, though the NSC itself had officially cleared it. Subsequently, news reports based on leaks of the report showed an unprecedented rise in unemployment rates in 2017-18; this perhaps explained why the Government did not want to release the report. There have since been news reports that the PLFS of 2017-18 will be scrapped altogether by the Government.“

And the third point was that the growth rates were calculated by two official bodies- a committee of NSC (National Statistics Commission) and CSO (Central Statistics Office). The report of both of them were quite opposite of each other. The report by CSO showed a higher growth rate as compared to the one by NSO. The report which showed higher growth was published by the Niti Aayog, an advisory body which has no expertise in statistical data, whereas the one by NSC was discarded.

Here’s what the letter says- “In 2018, two competing back series for varying lengths of time were prepared – separately by two official bodies, (a committee of) the National Statistical Commission and later by the CSO. The two showed quite opposite growth rates for the last decade. The National Statistical Commission numbers were removed from the official web site and the CSO numbers were later presented to the public by the Niti Aayog, an advisory body which had hitherto no expertise in statistical data collection. All this caused great damage to the institutional integrity of the autonomous statistical bodies.”

Pointing out these specific matters, the 108 economists from around the world raised their voice to pay attention to the possibility of the national statistics being altered under political influences due to the upcoming elections.

Here’s the link to the original letter-

Shortly after this letter was released, on 18th March 2019 about 131 Chartered Accountants of India objected to the letter by Economists through an open letter reply. In the open letter, titled- “Debunk the Politically Motivated Baseless Allegations of Some Economists and Social Scientists”, they rubbished the claims made by economists claiming it to be baseless and politically motivated.

In the letter, they said that there has always been a difference of opinion among economists on the methods of calculation. “Disputing government data is routine for experts around the world”, they said. But it is unusual to discredit the eminence of the long-standing institutions.

Data in respect of GDP, Ease of Doing Business, Poverty alleviation and others are published by the reputed international agencies across the world. The international data and independent agencies have confirmed the data being published the Government agencies.

Here’s the excerpt from the letter-

“Disputing Government data is routine for experts around the world. However, it is unusual for a particular set to come together to discredit all data and long-standing institutions of eminence. The appeal seems even more devious as the data in respect of GDP, Poverty Alleviation, Ease of Doing Business are being duly published even by international agencies including World Bank, IMF and many others. The international data and independent agencies have clearly confirmed the data being published by Government agencies.”

The CAs say that not only the allegations by Economists are baseless but also seem to be have been under the political influence. While making allegations, the Economists have ignored that the opposition and media houses are playing their role to the fullest in the country.

Coming to the specific allegation of calculation irregularities in GDP; changing base year is a regular feature. The base years were changed in 1967, 1978, 1988, 1999 and 2006. These base years are changed to “ensure that data reflects the transitions as well as disruptions in the economy”. The revised GDP is compliant with the guidelines issued by the United Nations in the System on National Accounts-2008.

The letter calls the allegations a ‘drama’ and questioning of the facts against armed forces against the national interest.

Excerpt from the letter- “The appeal is also alleging suppression of data which is ‘inconvenient for the Govt', while conveniently ignoring that the opposition and media are already playing their

respective roles to the fullest in India. Changing of GDP base year is a regular feature. Instead of taking issue with specific areas, a general bunch of allegations has been made, which leaves one guessing about the motivation of the signatories. The allegations appear choreographed and resemble the previous “Award Wapsi” drama, which too was enacted just before a crucial state election. A political tendency is being developed to disown institutions. Even facts reported by the Armed Forces are being questioned against the national interest.”

The letter condemns the allegations questioning its intention- “Is it to scare the foreign investors by creating doubts on the credibility of data?” just when the Nation has become the Fastest Growing Economy in the world.

Also, it was mentioned that it seems that Economists have found a convenient time during elections to raise such issues. None of the eminent economists raised their concern when some banks were evergreening the loans between 2008-2014, and underreporting NPAs for years.

Lastly, The letter ends with this note-

“..India become the sixth largest economy in the world, the fastest ever jump, in the last 5 years. And if there is any doubt regarding this then the signatories are welcome to take this up with the World Bank - an international agency backing this claim.

Most independent professionals have no doubt about the remarkable progress India has achieved in last 5 years. We also believe that India is poised to move on a higher growth trajectory provided such politically motivated attempts to discredit India and dent its credibility and progress is appropriately countered.

We appeal to the professionals around the world to come together to present the true picture of India and counter baseless allegations with political motivations.”

Here’s the link to the complete letter.