Comprehensive Study of Job-work Procedure and Practicality of ITC-04 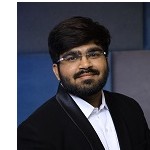 To begin with we better must be clear with who is Job-worker and what does Job-work actually mean as per the provisions of The Central Goods and Services Act, 2017 (hereinafter to be referred as 'The Act'). Section 2(68) of The Act, defines Job-work as any treatment or process undertaken by a person on goods belonging to another Registered Person. Therefore Job-worker will be the one who undertakes any treatment or process on goods belonging to Principal.

As per Section 143 of The Act, a Registered person (Principal) may send any Inputs or Capital Goods, without Payment of Tax, to a Job-worker for Job-work and from there subsequently to another Job-worker and likewise.

It must be noted that Inputs as mentioned above can be bought back as such, if Job-work procedure is not undertaken on them.

Abovementioned time limits are not applicable to moulds and dies, jigs and fixtures, or tools which are sent to Job-worker.

Now the question is what if Inputs and Capital Goods are not brought back or supplied from the Place of Business of Job-worker within the time as mentioned above? If this happens to be the case, it shall be deemed that such inputs had been supplied by the Principal to the Job-worker on the day when the said Inputs were sent out. In this very situation, such transaction would be added to Outward Supply in GSTR-3B and in GSTR-1 as well for the month in which such deeming provision activates. It must also be noted that Interest on this transaction will also be payable as the Time of Supply will be the date on which goods were sent for Job-work and Taxes will be paid in the month when deeming fiction occurs.

Any Scrap and Waste generated during the Job-work process may be supplied directly from the Place of Business of Job-worker only if he is Registered under The Act.

The Principal is responsible for keeping proper accounts and records of Inputs and Capital Goods sent to and received back from the Job-worker.

As per Rule 55 of The Central Goods and Services Tax Rules, 2017 (hereinafter to be referred as "The Rules") Challan must contain following particulars,

If goods are issued from one Job-worker to another or are returned to the Principal, Challan issued by the Principal may be endorsed by the previous Job-worker indicating therein the quantity and description of Goods sent.

The Challan shall be prepared in triplicate, for Consignee, Consignor, and Transporter.

Total Number of Challans issued in the month are to be disclosed in Table 13 of the GSTR-1 for the period under consideration.

FORM GST ITC-04 contains the details of challans in respect of Inputs and Capital Goods dispatched to a Job-worker or received from the Job-worker.

One must note that details of Goods sent from one Job-worker to another are NOT required to be disclosed in FORM GST ITC-04 which was required earlier (omitted vide Notification Number 74/2018 - Central Tax dated 31st December, 2018), also where one-to-one correspondence between goods sent for Job-work and Goods received back after Job-work is not possible, references of Original Challan date and Challan Number is not required to be disclosed in the return.

One crucial thing to note is that in FORM GST ITC-04 Taxable Value is to be provided only for Goods sent for Job-work and is Not required to be disclosed when such Goods are sent back to Principal.

Government has given an opportunity to file FORM GST ITC-04 which Taxpayers should not waste, also non-compliance of law will result in issuance of Qualified Opinion by GST Auditor and levy of Late Return Filing Fee. This Return has already gone through with some major changes in the past and current notified format seems practical as well.