Corporate fraud is a major problem that is increasing both in its frequency and severity. Research evidence has shown that growing number of frauds have undermined the integrity of financial reports, contributed to substantial economic losses, and eroded investors’ confidence regarding the usefulness and reliability of financial statements. The increasing rate of white-collar crimes demands stiff penalties, exemplary punishments, and effective enforcement of law with the right spirit. Our country has also witnessed several corporate Frauds, few of them being - the 5000 crore rupeesHarshad Mehta scam in 1992, 7000 crorerupees Satyam fiasco in 2009, the 27000 crorerupees Sahara fraud case which started in 2010 and is sub-judice in Supreme Court, till date. 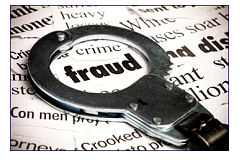 Comprehensive explanation of term Fraud is given in Explanation to Section 447(1) of The Companies Act, 2013 as follows:

“fraud” in relation to affairs of a company or any body corporate, includes

(c) concealment of any fact or

(d) abuse of position committed by any person or any other person with the connivance in any manner, -

i. with intent to deceive,

ii. to gain undue advantage from, or

iii. to injure the interests of,

a. the company or

b. its shareholders or

c. its creditors or

whether or not there is any wrongful gain or wrongful loss;

- “wrongful gain” means the gain by unlawful  of property to which the person gaining is not legally entitled;

- “wrongful loss” means the loss by unlawful means of property to which the person losing is legally entitled.

Fraud is defined in Section 17 of Indian Contract Act, 1872 as follows:

“Fraud” means and includes any of the following acts committed by a party to a contract, or with his connivance, or by his agents, with intent to deceive another party thereto his agent, or to induce him to enter into the contract;

(1) the suggestion as a fact, of that which is not true, by one who does not believe it to be true;

(2) the active concealment of a fact by one having knowledge or belief of the fact;

(3) a promise made without any intention of performing it;

(4) any other act fitted to deceive;

(5) any such act or omission as the law specially declares to be fraudulent.

Explanation.—Mere silence as to facts likely to affect the willingness of a person to enter into a contract is not fraud, unless the circumstances of the case are such that, regard being had to them, it is the duty of the person keeping silence to speak, or unless his silence, is, in itself, equivalent to speech.

Wikepedia describes Fraud as a deception deliberately practiced in order to secure unfair or unlawful gain. As a legal construct, fraud is both a civil wrong and a criminal wrong.

Statutory provisions of Fraud and Fraud Reporting under The Companies Act, 2013

A. Punishment for Fraud in Companies Act, 2013:

Section 447 of the Companies Act, 2013 often now referred as one of the draconian section of the new Act deals with provision relating to punishment for fraud. It reads as : “Without prejudice to any liability including repayment of any debt under this Act or any other law for the time being in force, any person who is found to be guilty of fraud, shall be punishable with imprisonment for a term which shall not be less than 6 months but which may extend to 10 years and shall also be liable to fine which shall not be less than the amount involved in the fraud, but which may extend to 3 times the amount involved in the fraud:

Where the fraud in question involves public interest, the term of imprisonment shall not be less than 3 years”. 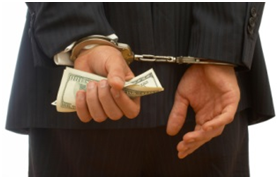 The following table includes some sections that attract liability u/s 447. These are cognizable offences and a person accused of any such offence under these sections shall not be released on bail or bond, unless subject to the exceptions provided u/s 212(6) of the Act:

The new act casts onerous responsibility on the part of statutory auditor/cost auditor/secretarial auditor to report fraud to Board and Central Government. It would mean that even for a small fraud involving say Rs. 1000 in a large multi-locational enterprise would cast reporting fraud responsibility on the part of CA/CMA/CS. This provision has mandated a CA/CMA/CS appointed by company under section 139/148/204 to do direct reporting of frauds (to the Central Government) in addition to their existing responsibilities of reporting requirement to the shareholder/Board of company. 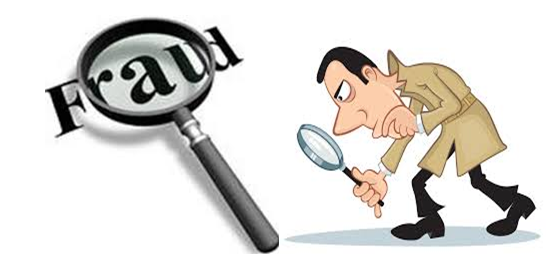 Section 143(12) Notwithstanding anything contained in this section, if an auditor of a company, in the course of the performance of his duties as auditor, has reason to believe that an offence involving fraud is being or has been committed against the company by officers or employees of the company, he shall immediately report the matter to the Central Government within such time and in such manner as may be prescribed.

Section 143 (13) No duty to which an auditor of a company may be subject to shall be regarded as having been contravened by reason of his reporting the matter referred to in sub-section (12) if it is done in good faith.

(a) the cost accountant in practice conducting cost audit under section 148; or

(b) the company secretary in practice conducting secretarial audit under section 204.

Section 143 (15) If any auditor, cost accountant or company secretary in practice do not comply with the provisions of sub-section (12), he shall be punishable with fine which shall not be less than 1 lakh rupees but which may extend to 25 lakh rupees.

Rule 13 of The Companies (Audit and Auditors) Rules, 2014 contains the operational procedure of Reporting of Fraud prescribed in Section 143(12) of the Act.

Reporting of fraud by auditor:

Rule 13(1) For the purpose of sub-section 12 of Section 143, in case the auditor has sufficient reason to believe that an offence involving fraud, is being or has been committed against the company by officers or employees of the company, he shall report the matter to the Central Government immediately but not later than 60 days of his knowledge and after following the procedure indicated herein below:

(i) auditor shall forward his report to the Board or the Audit Committee, as the case may be, immediately after he comes to knowledge of the fraud, seeking their reply or observations within 45 days;

(iii) in case the auditor fails to get any reply or observations from the Board or the Audit Committee within the stipulated period of 45 days, he shall forward his report to the Central Government along with a note containing the details of his report that was earlier forwarded to the Board or the Audit Committee for which he failed to receive any reply or observations within the stipulated time.

Rule 13(2) The report shall be sent to the Secretary, Ministry of Corporate Affairs in a sealed cover by Registered Post with Acknowledgement Due or by Speed post followed by an e-mail in confirmation of the same.

Rule 13(3)The report shall be on the letter-head of the auditor containing postal address, e-mail address and contact number and be signed by the auditor with his seal and shall indicate his Membership Number.

Rule 13(4) The report shall be in the form of a statement as specified in Form ADT-4. This Form of Report is available as an annexure to The Companies (Audit and Auditors) Rules, 2014.

Rule 13(5) The provision of this rule shall also apply, mutatis mutandis, to a cost auditor and a secretarial auditor during the performance of his duties under section 148 and section 204 respectively. 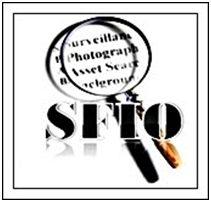 Overall, the new law will plug most loopholes of the old regime. It will improve corporate governance, protect the interest of minority shareholders and make it tougher for companies to hide illegal transactions or commit fraud. Considering the number of corporate frauds that are surfacing in the country today, the old Act was evidently inadequate. Hence, it is anticipated that the new provisions of the Companies Act, 2013 would bridge the gulf between increasing corporate frauds and the statutory regime. The new Act is the welcome improvement if the same is implemented appropriately. The new company law envisages the metamorphosis of the statutory auditors from being a watchdog to a whistleblower. The Auditing and Assurance Standards Board of The Institute of Chartered Accountants of India considering the priority and importance of Fraud and Fraud Reportingunder the Companies Act, 2013 has already constituted an expert group to develop a guidance note at the earliest on ‘Fraud Reporting’.

Views are personal and may not be relied as a professional opinion on any statutory act, section or rule.