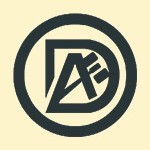 There is no particular definition in the Companies Act, 2013 providing specific definition for Articles of Association (‘Articles’). While in case of Naresh Chandra Sanyal vs Calcutta Stock Exchange Association Limited (1971), the Supreme Court of India stated that subject to the provisions of the Companies Act, a Company and its Members are bound by the provisions of company’s Articles. The Articles of Association regulates the internal management of the company and specifically defines the power of its officers. The Supreme Court further stated that Articles is a contract between the company and its members and between the members inter se which governs the ordinary rights and obligations incidental to membership of the company.

The Articles is a statutory contract of special nature which binds the company and its members and has nothing to do with the outsiders or external stakeholders. The Articles of Association forms the basis of a contract that regulates the company’s internal procedure and sets out the rights of the shareholders as conferred by their ownership. Although analogous to a constitution, it differs from both the normal constitutional and contractual analyses. Constitutionally it is subservient, both to its Memorandum, which sets the outer limits of its powers, and the regulation imposed by the legislature and the courts

IMPORTANCE OF ARTICLES OF ASSOCIATION

The importance of Articles of Association can only be properly construed when it is correlated with the Memorandum of Association. Both the Memorandum and Articles are closely connected although the latter is considered subordinate to the former because the Memorandum states the objective behind the establishment of the company and Articles provide the manner in which such objectives are to be achieved. When the Articles of the company are registered, it is deemed that the business decisions have to be dealt as per the covenants of Articles. The Articles determine how the powers conferred on the company shall be exercised. In fact Articles can be used to explain the ambiguities in the Memorandum but not so as to extend the objects.

The Articles are subordinate to the Memorandum and any clause in them which is inconsistent with the Memorandum is overruled. The Memorandum and Articles may, however, in certain circumstances be read together, at all events so far as may be necessary to explain any ambiguity appearing in the terms of the Memorandum or to supplement it upon any matter as to which it is silent.

SOME CRITICAL CASES ON ARTICLES OF ASSOCIATION

In case of Shuttleworth vs Cox Bros and Co (Maidenhead) (1927), it was held that the contract, if any, between the plaintiff and the company contained in the Articles in their original form was subject to the statutory power of alteration and if the alteration was bona fide for the benefit of the company, it was valid and there was no breach of that contract. There was no ground for saying that the alteration could not reasonably be considered for the benefit of the company, being no evidence of bad faith, there was no ground for questioning the decision of the shareholders about alteration of Articles.

In case of Ashbury Railway Carriage and Iron Co. vs Riche (1875), it was held that the contract, being of a nature not included in the Memorandum of Association, was ultra vires not only of the directors but of the whole company, so that even the subsequent assent of the whole body of shareholders would have no power to ratify it. The shareholders might have passed a resolution sanctioning altering the terms in the Articles of Association upon which alteration might be granted. If they had sanctioned what had been done without the formality of a resolution, that would have been perfectly sufficient. Thus, the contract entered into by the company was not a voidable contract merely, but being in violation of the prohibition contained in the Companies Act, was absolutely void. It is exactly in the same condition as if no contract at all had been made, and therefore a ratification of it is not possible. 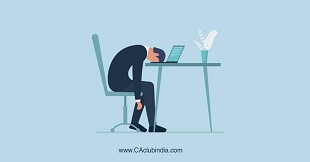