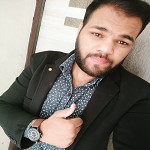 Purpose: Notice to the Authority by a body corporate regarding its auditor.

Classes of companies and bodies corporate covered Under NFRA RULES:

(b) Unlisted Public Companies having-

(iii) in aggregate, outstanding loans, debentures and deposits of not less than rupees 500 Cr. as on the 31st March of immediately preceding financial year;

(c) Insurance companies, Banking companies, companies engaged in the generation or supply of electricity, companies governed by any special Act for the time being in force or bodies corporate incorporated by an Act in accordance with clauses (b), (c), (d), (e) and (f) of sub-section (4) of section 1 of the Act;

Every body corporate, other than a company as defined in clause (20) of section 2, formed in India and governed under this rule

- after it ceases to be listed, or
- its paid-up capital, or
- turnover or aggregate of loans, debentures and deposits falls below the limit stated therein

Within 30 Days of from the date of deployment of this form on the website of Ministry / National Financial Reporting Authority (NFRA) as per General Circular No. 12/2018

Disclosures on the appointment of the Auditors

LLP (Limited Liability Partnership)
Private Company
All Unlisted Companies other than mentioned in clause (b) of Sub-rule (1) of Rule 3.