Why is RBI governor begging when he could dictate?


For quite some time now, RBI Governor has been openly cribbing about commercial banks not passing on the benefits of interest rate cuts announced by him, to their customers. Only yesterday (4-8-15), he mentioned that average rate cuts passed on by commercial banks was just 0.3% as against 0.75% rate cuts by him in monetary policy. On an earlier occasion, he refused to cut interest rates any further until banks passed on effect of his previous rate cuts to their customers. 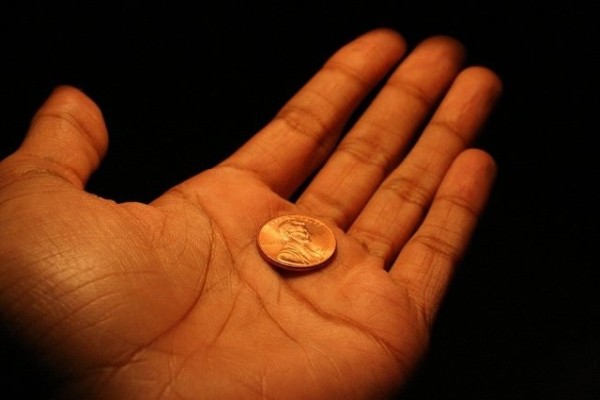 This compelled India's leading commercial banks to immediately announce a generous 0.1% rate cuts! Several international agencies have frequently observed that Indian banks are loathe to pass on the benefits of rate cuts to their customers. In short, they are plain profiteers, and this despite majority of them being public sector banks! Leading private banks like HDFC Bank, are aggressive money makers which is reflected in their business ethics (reporting wilful defaulters to CIBIL even for the dormant savings bank accounts running into regular bank charges turning them into overdrawn accounts, and them, forcing helpless borrowers to come to terms with them), openly flouting RBI master circulars and so on.

No doubt, their liaison with RBI is so good that no action can be taken against them at all (I have reported blatant violation of RBI master circulars on interest on advances to RBI Governor but he is not keen to act, and of course, Bank is not keen to explain as to why my allegations of such violations are not correct, and so on. I have offered them to apologize if I am clarified that my allegations are not correct). Reserve Bank of India is India's central bank, empowered and entrusted with both, power to lay down rules and regulations for all other banks to follow, and power to enforce compliance with them as well.

Judiciary has held that even advisory of RBI shall be binding on the other banks, and use of the word "may" will have same effect as use of the word "shall". RBI issues master circulars and other directives specifically under Banking Regulation Act which also provides that any person (bank) failing to comply with any such rules/regulations SHALL be punishable with fine with may extend to Rs fifty thousand or twice the amount involved in such contravention, if it is quantifiable, whichever is more. What a powerful legislation designed to put the entire banking system in place and what a dismal show by RBI Governor cribbing and pleading displeasure and helplessness like an incompetent politician made to put up with a strong babu (something like what is happening with Delhi state government, painfully for world's largest democracy)!

Consider the regulation about fixation of benchmark prime lending rates or base rates by the banks. RBI repeats umpteen times in its master circulars two things, one, banks are free to fix their interest rates, and two, the word 'transparently'. Our banks have taken the first one seriously relying on the confidence that RBI does not take the latter one seriously. No doubt, 'transparency' is easily the most abused word in India's history, followed by 'implification' and 'rationalisation'. They don't mean anything to India at all. High time somebody approaches the Supreme Court to have them declared unconstitutional, and help India shred some of its hypocrisy!

Transparency to RBI's supervisor is illusory for the public at large. It is something like permission of the government to prosecute a babu. It is important only for denying or withholding, and not for actual granting!!

If RBI Governor says he was not happy with banks passing on only 0.3% rate cuts out of 0.75% rate cuts announced by him, it means he expected banks' cost of funds to come down far more substantially than 0.3%, due to rate cuts announced by him. It makes sense too, because repo rate reduction means banks are now able to get refinance at that much lower interest rate. If one is to consider marginal cost of funds, it comes down exactly in the same proportion as reduction in repo rate. If one is to take actual average cost of funds, it would be close to that as well because banks do or could immediately revise interest rates on their deposits following changes in repo rates.

I do not know the rationale behind permitting 'any other methodology in use' if RBI was serious about its rules and expects or say, wants other banks to comply with them. It simply nullifies the effect of earlier two stipulations. Plain and simple, RBI could have specified, under computation of base rate, a method stipulating that each bank will work out its (a) negative carry on the CRR and SLR, being the interest-free obligatory deposits maintained with RBI, (b) overheads, and (c) desired return on its capital employed. This would be the actual spread required by the banks over their cost of funds/deposits/refinance, and this must be specified by each bank to be simply added to RBI's repo rate at any given point of time to arrive at a bank's base rate. Delightfully simple, and for a change, transparent as well. But does India want it?

Of course, desired return on capital employed could be further specified into actual net profit of the previous year or actual earnings per share of the previous year or could be just left to the bank concerned in the hope that higher desired return would jack up its desired spread and be exposed to the market for the competitive forces to have a final say. But at least, this will ensure that each rate cut announced by RBI is automatically passed on to the market/borrowers and Governor is not left to crib like any ordinarily incompetent politician.


Category Others, Other Articles by - CA Anil Garg