What's going on with Greece and its economy?


Greece is a country gripped by huge money problems and now the banks there are closed for the week. But how have things got this bad?

Over the last 10 years, Greece borrowed lots of money from European banks and from other countries' governments. It used the money to run the country, pay for the 2004 Olympic Games and also for things like big pay rises for people who are paid by the government.

But they've found it hard to pay it back because when you borrow money, you have to pay what's called 'interest': meaning you pay back more money than you borrowed to begin with.

So what exactly is the problem?

Basically, Greece was hit hard by the financial crisis, and since then it has borrowed a lot of money that it says it can't pay back – at least not yet. According to calculations by Reuters, it owes its official lenders €242.8b, with Germany its biggest creditor.

The lenders include the IMF (International Monetary Fund), the ECB (European Central Bank) and the Euro zone governments. 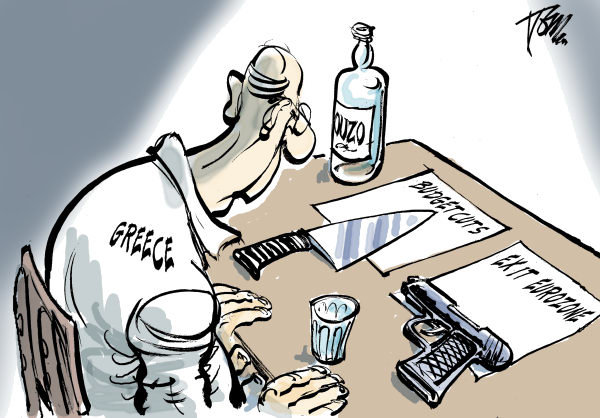 In particular, Greece was due to pay €1.6b to the IMF by the end of June in overdue interest. After that, €3.5b is due to the ECB on July 20, and another €3.2b in August. On top of that, more than €8b in short-term bills are due over the next two months.

Greece says it has scraped together all the money it can to pay its debts – it even called in cash reserves from councils, hospitals and other public bodies. It says that, to pay the money owed, it would have had to stop paying money into pensions and public wages – which it refuses to, do.

Unfortunately, investors have lost confidence in the Greek government's ability to walk this tightrope – so they have been demanding ever higher rates of interest to compensate for the risk that they might not get their money back. The higher it’s borrowing costs, the harder it is for the Greek economy to grow itself out of trouble.

Banks shut for a week

On Sunday, the European Central Bank, which has been giving Greece money, decided not to give them more money. They did this because Greece couldn't reach an agreement with them. 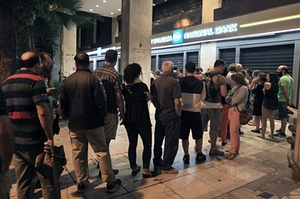 Greece then decided to shut the banks and restrict the amount of cash machines that work, because they don't have the money they need.

Even in the machines that are working, people are only allowed to take out 60 Euros per person a day. There are big queues as worried people in Greece attempt to take out their money. 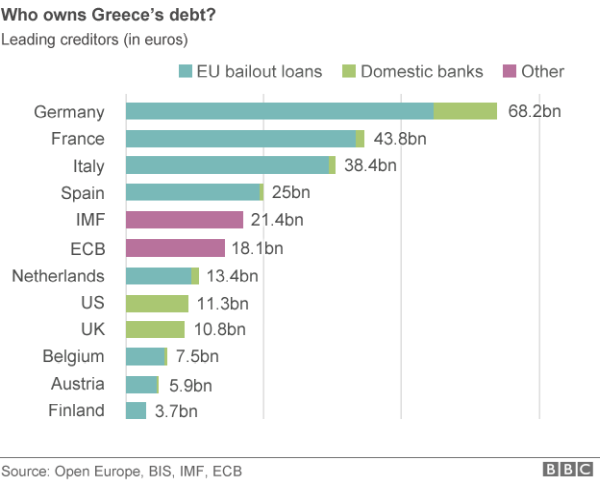 Some of the Reasons Greece Got Into Its Economic Crisis

Greece spent 17.5 percent of its economic output on pension payments, the most in the E.U., according to the most recent Eurostat data from 2012. But with existing cuts, that figure has fallen to 16 percent. 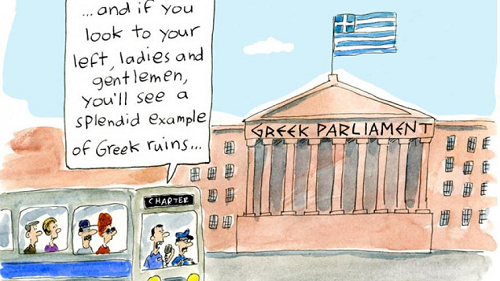 Italy, France and Austria each spent about 15 percent of their GDP on pensions in 2012, according to Eurosta. Greece's struggle to pay pensioners is even more evident this week with banks closed and Greeks unable to withdraw more than 60 euros from ATMs.

Government employees have had some of the best worker benefits in Greece. For example, an unmarried daughter used to receive her dead father's pension; though that specific practice stopped after the bailout agreement was made in 2010.

In 2013, Greece's retirement age was raised by two years to 67. According to government data, however, the average Greek man retires at 63 and the average woman at 59.And some police and military workers have retired as early as age 40 or 45.There are also unique benefits for some workers. Female employees of state-owned banks with children under 18 could retire as early 43.

The country has struggled to collect taxes from citizens, especially the wealthy, which is a problem when Greece's national debt is 177 percent of its GDP. Italy’s debt is about 133 percent of its GDP as of 2014, according to Eurostat. Greece's far-left government has said it wants to target wealthy tax evaders, but creating a more equitable tax system has been challenging

Why Other Countries are worried 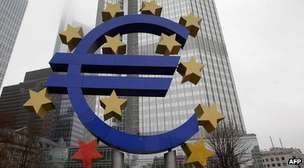 If Greece were to completely run out of money, it would cause huge problems for all the countries and banks in Europe, because they would lose all the money they lent to Greece.

Britain's affected too, even though it doesn't use the euro.

Because European countries buy so much of their stuff, what happens to those countries would affect Britain too.

How does the Greece crisis affect India?

In today's era of Globalization every single economy is connected to every other economy, so everyone will be affected just the magnitude and its reach will vary. The whole scenario will have an indirect impact on India. Since India is not directly exposed to Greece in terms of trade ties, it is less likely to affect India. However, if the Euro zone is hit by the crisis then probably India will have to bear the consequences as well.

Let's look at the areas where India will be hit:

1) IT/Outsourcing Companies: They form an important part of our GDP and so if Europe (which is our customer) goes down our revenues will be hit. This will be reflected in the India's economy. If things in Europe turn out to stabilize soon, then commerce between the continent and India will again be kindled, which will be good for the Indian economy. 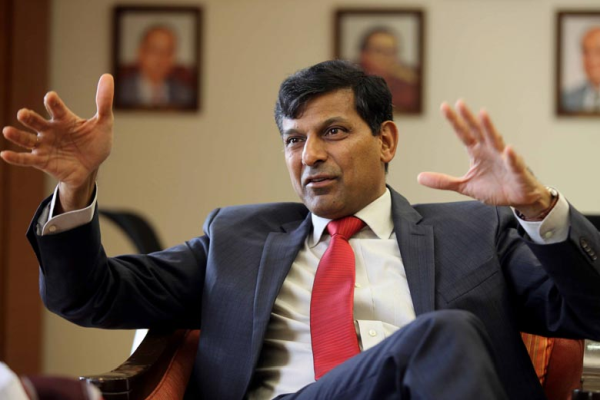 2) Gold/Dollar: The uncertainty in Europe has made traders cautious about the Euro. Nervous investors around the world may start selling off risky investments Bonds and Equities coming from Greece. When investors take out their money from Greece, they’ll most likely convert it into Dollars and invest in US. Thus everyone will shift to Gold and Dollar to be on the safer side. This increase in demand of Dollar would make it strong as compared to the Indian Rupees. This apparent weakening of the Indian currency will make India's imports expensive and exports cheap.

3) Capital Movement: After Greece doesn't meet its deadline, the interest rates will rise all across Europe because the economic health of countries like Spain and Italy is also not very good (so financial institutions will not lend easily). All this will have an outcome on the Euro. And at the present moment even experts are unsure about how the foreign investors will relocate their portfolios. This will result in capital inflow and outflow in and out of India. While capital inflow is good as it brings money into the country, capital outflow is undesirable as assets move out of the country. But we'll have to wait and watch for now.

4) Impact on Job Market: With the European economies slowing down, not only their business with India go down, even the outsourcing would be hampered. During the recession in 2008-09, after America clamped down on outsourcing, the European projects saved the Indian companies. With the European companies also going in a shell, the job market in India would face another slow down. There would be ripples felt in India for sure, although there won't be any crisis, the economy might slow down by 0.5-1.0%

Either Greece would be kicked out of European Union, or it would be given even more stringent conditions to stay, and Greeks are mostly not going to agree with these conditions. I see Greece going financially on its own, with going back to its native currency Dracma.

Banks and investors would go more cautious with the other stagnant economies in Europe, like Portugal, Italy, and Spain etc. Also, the trust factor would reduce among the European nations. Overall conditions would be created where each economy would go ultra cautious, money flow would reduce, and this would ultimately slow down the economies even more.

ROHIT KAPOOR
You can reach to me
E-mail: rohitkpr1992@gmail.com
Facebook: www.facebook.com/ConnectwithRK