Unfolding the amendments to the prohibition of Benami property transactions act, 1988 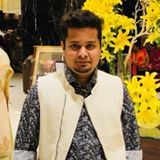 The only exception to this definition was provided under sub-section (2) of section 3 of the original Act, whereby purchase of property by any person in the name of his wife or unmarried daughter was not a 'Benami Transaction' Under clause (9) of the amended Act, 'Benami Transaction' now means and includes four types of transaction:

Therefore, the litmus test is to check whether the beneficial or real ownership of a property is of a person other than the legal owner. There are certain exception to this type of transaction, it excludes transaction done by the karta or a member of HUF for the HUF; transaction done by the person standing in a fiduciary capacity for the benefit of another person towards whom he stands in such capacity, viz., trustee, executor, partner, director of a company, a depository or a participatory as an agent of depository; transaction in which an individual holds property in the name of his spouse or child; and also a transaction in which an individual hold jointly holds a property in the name of his brother or sister or lineal ascendant or descendant. In all these types of transactions, it is pertinent that the consideration has to be provided out of the known sources. The exception in the original Act, which only included entering into a transaction in the name of wife or unmarried daughter has been broadened and made a little less stringent, except that now a person can take benefit of these relaxations only when the consideration has been provided out of the known sources. It is further significant to note that though a person buying a property in the name of his child is covered under the exception to the definition, a person buying it in the name of his parent is not covered unless he jointly owns the property. Therefore, a person needs to be extra-cautious while funding his family member to purchase a property.

2. Second one is a transaction or an arrangement in respect of a property carried out or made in in a fictitious name.

3. Third one is a transaction or an arrangement in respect of a property where the owner of the property is not aware of, or denies knowledge of, such ownership. The big joint business families, where entering into a transaction in the name of different family members is rampant, have to be very careful now and shall ensure that every member of their family knows about the properties they own.

4. Fourth one is a transaction or an arrangement in respect of a property where the person providing the consideration is not traceable or is fictitious. It is vital to understand the position under the original Act as well as under the amended Act, because so far as transactions entered before the applicability of amendment are concerned, they ought to be decided in light of the earlier definition. This is because of the protection available to a person under clause (1) of Article 20 of the Constitution of India. After understanding the definition of a '˜Benami Transaction', it is important to understand the repercussions as well as serious criminal implications of entering into a benami transaction. Particularly, there are three implications of entering into a benami transaction, first is confiscation of the 'Benami Property', second is punishment by way of fine and third is punishment by way of imprisonment. A person who has entered into a benami transaction before the amendment shall be punishable with fine or with imprisonment for a term not exceeding three years or both.

However, any person who enters into a benami transaction after the amendment may be punishable with fine up to an amount equal to twenty-five percent of the fair market value of the property and also with rigorous imprisonment, which shall not be less than one year but may extend up to 7 years.

Therefore, punishment under the amended Act would be invoked only when there is mens rea and not when a person enters into a transaction with a good faith. There would be more clarity over it as and when various High Courts as well as the Supreme Court of India would lay down the law relating to this. There is one more minute observation to be made in the historical amendment, i.e., while fine and imprisonment were also there in the original Act, confiscation was not there, at least technically.

However, the earlier Act did have a provision for acquisition of property under section 5. It is notable that though acquisition is generally subject to compensation, but sub-section (2) of then section 5 specifically declared that no amount is payable for the acquisition of any benami property. Even so, there is one difference between the provisions of the original Act vis-a-vis the provisions of the amended Act, i.e., while acquisition under the original Act was subject to rules, which were never made and which may or may not have resulted in the vesting of property with the government, the confiscation of a benami property under the amended section 5 would automatically result in vesting of property with the government. Now another extremely important consideration which emerges from this is that whether confiscation is penal or not.

Because if it is penal, then in the absence of any rule making under the original Act, whether confiscation of properties may be done in case of transactions entered into before the date of amendment, particularly in light of Article 21 of the Constitution of India. One extremely critical aspect of the Benami Act is the absence of any limitation clause in the entire Act. This is therefore the reason that the Income Tax Department is hunting and probing the years old file and raising allegation of entering into a benami transaction.

Whether or not benami properties emanating from transactions entered into before the amendment may be legally confiscated by the government or not, it is for the courts to decide, but in any case, in the absence of any limitation clause, the Special Courts under the Benami Act have to adhere to the provisions of the Code of Criminal Procedure, 1973, whereby, in terms of section 468, no cognizance shall be taken for the transactions entered into before three years and which were known the Income Tax Department. All the amendments concisely discussed hereinabove have resulted in a state of fear among the taxpayers, who were earlier merely concerned about the sources of money.

Though the unprecedented amendment of the Benami Act would curb a number of unethical transactions, there is also a darker side to it. It is true that people have been flouting the provisions of various Acts like the Land Ceiling Act by entering into benami transactions. But it is also true that the culture and ethnicity of India is such that people often enter into genuine, innocuous and unsuspecting transaction funding their parents and siblings. What about a person who harmlessly and innocently buys a property in the name of his parents, who will never be able to prove that he is not a direct or indirect or present or future beneficiary of that property, as under the normal course of law of succession, that would property would actually devolve upon him.

Though in the absence of mens rea, his shall not be punishable with fine or imprisonment, but his property is does liable to be confiscated under section 5. This is where the Benami Act is unreasonable and it may turn out to be an unguided missile created by the government. The Act still needs to be amended to cover all the genuine transactions, which were neither intended to launder money or to evade taxes.

The author is a practicing Chartered Accountant and appears before the authorities under the Income Tax Act, Prohibition of Benami Property Transactions Act, Companies Act and Insolvency and Bankruptcy Code. He can also be reached at ms@pksharmaco.com.