Section 194P Conditional Relaxation for a senior citizen who is the age of 75 years or more from filing return of Income Tax under Union Finance Bill 2021/Budget 2021.

Section 139 of the act provides for filing of return of income. Sub section (1) of the Section provides being an individual, if his total income of any other person in respect of which he is assessable under this act during the previous year exceeding the maximum amount which is not chargeable to income tax shall, on or before the due date, furnish a return of his income.

In order to provide relief to a senior citizen who is the age of 75 years or above and to reduce compliance for them, it is proposed to insert a new section to provide relaxation from filing the return of income, if the following conditions are satisfied:- 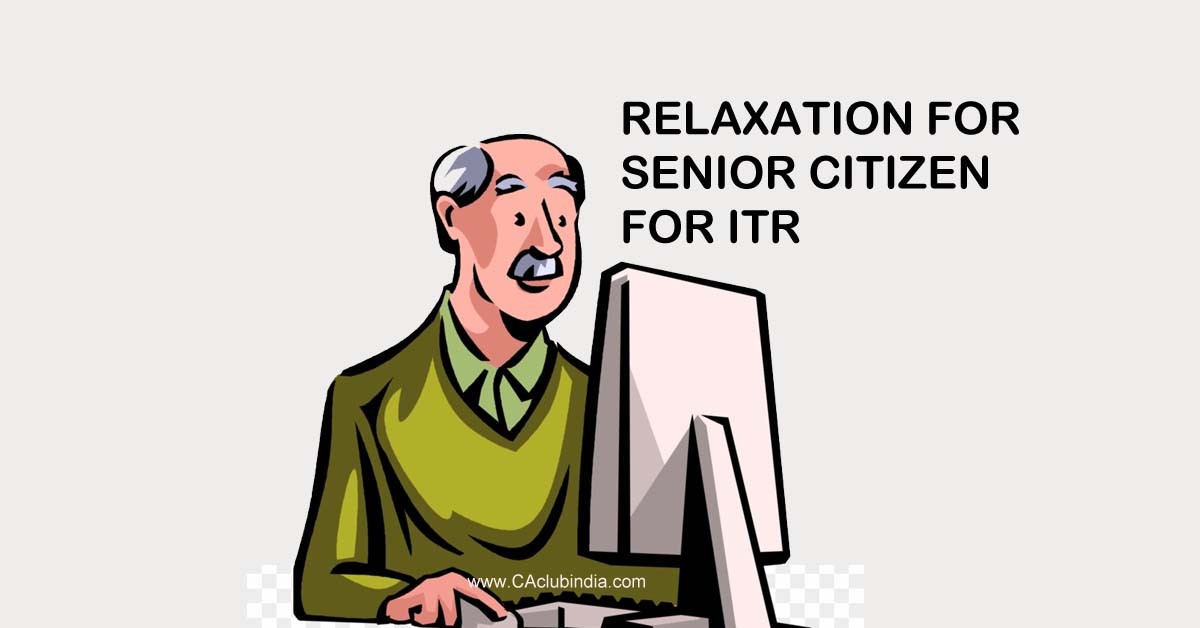 Once the declaration is furnished, the specified bank would be require to compute the income of such senior citizen after giving effect to the deduction allowance under chapter VI-A and rebate allowance under section 87A of the Act, for the relevant assessment year and deduct income tax on the basics of rate in force. Once this is done, there will not be any requirement of furnishing return of income by such senior citizen for the assessment year.

The amendment will take effect from 1st April 2021.

Clause 47 of the bill seeks to insert a new section 194P of the income tax act relating to deduction of tax in case of specified senior citizen.

Sub-section (1) of the said section seeks to provide that notwithstanding anything contained in the provisions of Chapter XVII-B, in case of a specified senior citizen, the specified bank shall, after giving effect to the deduction allowable under Chapter VI-A and rebate allowable under section 87A, compute the total income of such specified senior citizen for the relevant assessment year and deduct income-tax on such total income on the basis of the rates in force.

Sub-section (2) of the said section seeks to provide that the provisions of section 139 shall not apply to a specified senior citizen for the assessment year relevant to the previous year in which the tax has been deducted under sub-section (1).

Has furnished a declaration to the specified bank containing such particulars, in such form and verified in such manner, as may be prescribed.

The amendment will take effect from 1st April 2021.

An Insight into Glitches in New Income Tax Portal 2.0 and Solutions