Income-tax scrutiny refers to the summoning of taxpayers for making inquiries regarding the income tax returns filed during the year if the concerned tax officials have a reason to believe that the expenses and income declared in the returns are dishonest and fabricated. The scrutiny aims at providing an opportunity of being heard to the accuracy of the return through documentary evidence.

The income tax scrutiny notice is served to the tax filers when the concerned tax officials have a reason to believe that the expenses and income declared in the returns are malafide and fabricated. Listed below are some of the most common reasons for serving the income tax notice: 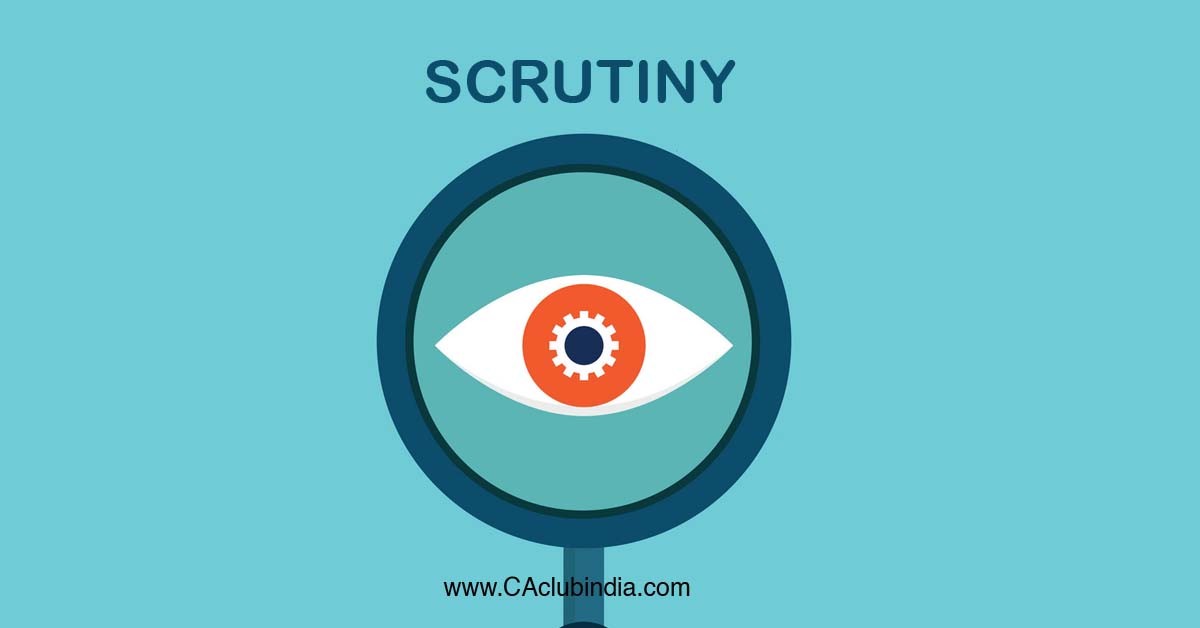 Notices served under the Income tax act are categorized into 4 types:

1. Summary assessment without calling the assesses under section 143(1)

Procedure Of Dealing with The Income Tax Scrutiny

Non-compliance to the income tax notice within the due time may result in a penalty of Rs. 10,000, in addition to additional taxes. The Assessing may also order based on ‘Best Judgement’, whereby the assessment can be confirmed and finalized as the Assessing Officer deems fit. Taxpayers who are habitual defaulters could be targeted for a more rigorous assessment in the form of a survey, or search and seizure.