An act which came in force in 2005 not remained an act, rather became a revolution. And the act is Right to Information Act, 2005. This act is a sincere step taken by UPA – I in its Aim to bring transparency in Government Functioning, which is making a Mockery of itself with its 2nd Innings.

In the recent times RTI has proven its worth. People have sincerely and effectively used their new right given by constitution to get the Information in correct form and right time. In recent past, in every revelation of scam there has been an inevitable role of RTI. Whether it is 2G scam or Adarsh society scam RTI has shown its power. With a nominal fee of Rs. 10 any one can get piece of information from any public information provided it’s not exempted.

Now the question is what RTI is and how we can use it? 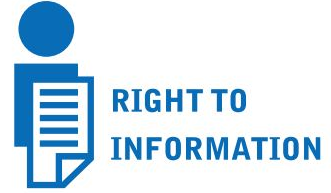 Who are concerned officers and which kind of information we can obtain from the public authorities?

There are so many similar types of questions arise in the mind of people.

An attempt is made to aware people about the RTI through article. As per the captioned heading of article, it deals with general awareness.

New right introduced by Govt. in 2005 is “Right To Information”.

These acts were not as much as effective as RTI because in these acts there was no Accountability on the part of concerned officials. But now under RTI act 2005, there is accountability on the part of Govt. officials. It is their legal obligation  to respond to the applications made within a period of 30 days otherwise they are liable to pay a fine of Rs.100 per day subject to a maximum of Rs.25,000/-.

a. Inspection of work, documents, records;

b. Taking notes extracts or certified copies of documents or records;

a. Timely response to citizen requests for government information.

b. Providing the citizens quick search of information

c. Access to RTI related information / disclosures published on the web by various Public Authorities under the government of India as well as the State Governments.

It extends to the whole of India except the State of Jammu and Kashmir.

From whom can you seek information?

Information can be demanded from Public Authorities. Where Public authorities are authorities or body or institution:

a) Which is established or constituted

a. By or under constitution.

b. By law made by Parliament or State legislature.

b) Owned, controlled or substantially financed by funds provided directly or indirectly—

a. By the Central Government or the Union territory administration.

b. By the State Government.

Anyone can file application for seeking information under RTI ACT 2005 by writing the application on a simple paper or in printed form addressing the “Public Information Officer”.

And the applicant has to deposit nominal fees of Rs.10 in cash or through postal order of Rs.10 / 50. One can file application either manually or by post.

While paying fees through postal order, take care of following:

· Always detach acknowledgement of postal order and retain it with you.

· Always write postal order no. in letter to avoid confusion.

An applicant making request for information shall not be required to give any reason for requesting the information or any other personal details except those that may be necessary for contacting him.

c. In the first year of National RTI, 42,876 (not yet official) applications for information were filed to Central (i.e. Federal) public authorities. Of these 878 were disputed at the final appellate stage - the Central Information Commission at New Delhi

e. RTInation- An online vertical of RTI, has been conferred the Karmaveer Puraskaar, for social justice and civil action, for the year 2010-2011

Word for Wise, Take it as Advise

a. Don’t write for irrelevant means - To burden Govt. Depts. It is a Right, Don’t use it wrong.

b. Always go for RTI when all other options are exhausted

c. Inform your known ones regarding the powers they have via effective use of RTI.

d. Try to facilitate the concerned RTI officials by filling up the letters in a legible and clear manner (i.e. self-explanatory letter.)

e. By making proper use of RTI, we can even seek information relating to govt. policies & it’s implementation (specially used by NGO’s)