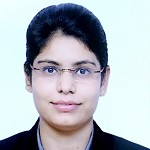 
The GST Council in its 33rd GST Council Meeting on February 24th, 2019,  has given in principle approval to the new tax rates for Real Estate Sectors, which are as under:

The given new tax rates will be effective form April 1, 2019, once notification to this effect has been issued.  The given change in tax rate would bring the real estate sector to the former plan to GST, where the builders were allowed to pay tax at specified rate under a scheme on whole of the project receipts prior to completion certificate, with the precedent condition of not taking of input tax.

It is imperative to note that the reduced tax rates will be applicable to residential properties including properties under affordable housing scheme. However, no reduction has been extended to commercial properties. Still, the position will be clearer once the notification to this effect has been issued.

The recommendation of reduction in the rates has been carried out by the GST Council, keeping in mind the objective of “Housing for all by 2022”. However, this is just not the rate reduction, but the way of doing business will be affected for the builders and developers because as per the press note of the GST council, the reduction in the rate is preceded by the condition of non availment of Input tax credit. At this juncture, it is of utmost importance for the builders to carry out the calculation of cost and selling price, as the non availability of input tax credit will significantly affect their on going projects as well as future projects along with ERP Systems.

Whether Actual Reduction in Rate of Tax/ Mere shifting of Burden of Tax:

It is expedient to mention that, the reduction of rate has been preceded by the condition of non availament of input tax credit. The input tax credit in case of restaurant services, goods transportation services have been restricted through rate notification i.e. Notification No. 11/2017 Central Tax dated 28.06.2017 as amended from time to time. On the same line, it seems that the ITC will be restricted on construction services through such rate notification only. As far as normal housing is concerned, the tax rate was 18% and 1/3rd deduction on account of value of land was available. Accordingly, the effective tax rate was 12%, where the builder was able to take all credit on all input, input services and capital goods, subject to section 17(5) of CGST/ SGST Act, 2017. The only restriction on the builder was that they were not allowed to claim the refund of unutilized input tax credit. Then, also such credit was not cost to the builder, as he could utilize his credit in some other project. Compared to which, now the tax rate has been proposed to 5%, but it will not amount to bonanza for home buyers as it appears to be. Reason being, input tax credit on inputs, input services and capital goods was not the part of the cost, which will now become the part of cost. And if, builder wants to maintain the same margin as that of prior to rate change, ultimately he will have to increase the selling price which in turn will not pass on benefit of rate reduction to home buyers. Value of land depends upon the location of the land, whereas in the eyes of the law, the 1/3rdrd deduction on account of land is permissible. As regard to the Affordable housing as well, the tax rate was 12% and 1/3rd deduction on account of land was allowed, hence the effective tax rate was 8%, which has been reduced to 1% at the output side, with a condition of non availment of input tax credit. To reiterate, disallowance of input tax credit would significantly impact the cost of affordable housing projects.

Increasing the selling price, would also be difficult for the builders looking to the concrete competition in their business. So, it will ultimately effect business of builders as well as it will not give any bonanza to the home buyers as expected by the government. However, the rationale behind the reduction of rate by government is housing for all. Whether it will actually fetch the objective of housing for all will be decided in times to come. Last but not the least, ultimate objective of GST was the seamless flow of input tax credit across the value chain, which is clearly hampered due to restriction on availment of Input Tax Credit.

At this juncture, it is also, important to mention that builders having commercial as well as residential projects will be significantly impacted as, according to the document available in the public domain, commercial property remains to be taxable at 12%. So, it will become cumbersome process for the builder to maintain records separately as well as it will open up the box of numerous litigation on this aspect.

It may be noted that, the position of input tax credit accrued till 31.03.2019, to the builders has not been clarified yet. However, if in case the given input tax credit is denied to the builders, project cost would inflate notably and the real estate sector may face disappointment. Legally, input tax credit which has once accrued to the assesse cannot be denied. There are various judicial dictum of hon’ble supreme court are available to this legal position unless anything contrary is contained in the law, one of such dictum is Eicher  Motors Ltd. Vs. Union of India [(1999) 106 ELT 3 (SC)]. The position of ITC accrued till 31.03.2019, will be better encountered by the notification to this effect.

The government has claimed in the press note itself that, the affordable housing scheme will become attractive with 1% tax with no ITC, does not seem to be appropriate on account of ITC becoming the part of the cost of project. Whether the tax structure would become simpler or more complex, the same will be addressed in times to come. Real estate sector contributes pivotal portion to the GDP of the country and employment opportunities as well and is already facing slow down from past 2 years. Looking to the issues discussed above, it looks difficult that the decision might reduce cost to ultimate consumer.