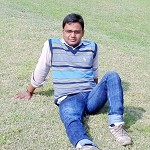 
If a person who is paying tax in normal scheme and wants to shift to Composition scheme or where goods or services supplied by him become wholly exempt, he has to pay credit of input tax in respect of inputs held in stock and inputs contained in semi-finished or finished goods held in stock and on capital goods, reduced by such percentage points as may be prescribed, on the day immediately preceding the date of exercising of such option or, as the case may be, the date of such exemption. After payment of such amount, the balance of input tax credit, if any, lying in his electronic credit ledger shall lapse.

Where a recipient fails to pay to the supplier of goods or services, the amount towards the value of supply of goods/services along with tax payable thereon within a period of 180 days from the date of issue of invoice by the supplier, an amount equal to the input tax credit availed by the recipient shall be added to his output tax liability, along with interest thereon. This rule doesn’t apply where the recipient is liable to pay tax on reverse charge basis. Such person has to furnish such details in From GSTR-2 for the month in which such period of 180 days lapse.

ITC on Capital Goods and Reversal on its sale

Credit of tax paid on capital goods is also permitted to be availed in one installment.

Where refractory bricks, moulds and dies, jigs and fixtures are supplied as scrap, the taxable person may pay tax on the transaction value of such goods determined.