Provisions regarding quoting of Adhaar in PAN & Income Tax returns 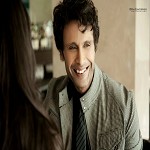 (i) in the application form for allotment of permanent account number;
(ii) in the return of income:

Provided that where the person does not possess the Aadhaar Number, the Enrolment ID of Aadhaar application form issued to him at the time of enrolment shall be quoted in the application for permanent account number or, as the case may be, in the return of income furnished by him.

(2) Every person who has been allotted permanent account number as on the 1st day of July, 2017, and who is eligible to obtain Aadhaar number, shall intimate his Aadhaar number to such authority in such form and manner as may be prescribed, on or before a date to be notified by the Central Government in the Official Gazette:

(3) The provisions of this section shall not apply to such person or class or classes of persons or any State or part of any State, as may be notified by the Central Government in this behalf, in the Official Gazette.

Explanation. For the purposes of this section, the expressions -

(i) "Aadhaar number", "Enrolment" and "resident" shall have the same meanings respectively assigned to them in clauses (a), (m) and (v) of section 2 of the Aadhaar (Targeted Delivery of Financial and other Subsidies, Benefits and Services) Act, 2016 (18 of 2016);

(ii) "Enrolment ID" means a 28 digit Enrolment Identification Number issued to a resident at the time of enrolment.]

Central Government notifies the provisions shall not apply to an individual who does not possess the Aadhaar number or the Enrolment ID S.O. 1513 (E).-

In exercise of the powers conferred by sub-section (3) of section 139AA of the Income-tax Act, 1961 (43 of 1961), the Central Government hereby notifies that the provisions of section 139AA shall not apply to:-

an individual who does not possess the Aadhaar number or the Enrolment ID and is:-

(i) residing in the States of Assam, Jammu and Kashmir and Meghalaya;
(ii) a non-resident as per the Income-tax Act, 1961;
(iii) of the age of eighty years or more at any time during the previous year;
(iv) not a citizen of India.

2. This notification shall come into force with effect from the 1st day of July, 2017.