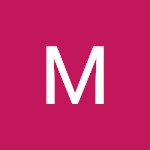 Apart from, bare link, the amendment has been abridged in a concise manner as a ready reference while going through the operational day to day activities. The amendments are read as follows:

The explanation envisages that Resolution Plan may include provisions for Restructuring of Corporate debtors, including by way of merger, amalgamation & De-Merger.

If AdjudicatingAuthority has NOT ascertained the existence of default and passed an order under Sub-Section 5 within such time, it shall in record it's reasons in writing.

Quick Analysis: Now, AA cannot just pass any order u/s 7(5), if it does so then Written reasons has to be shown, if appealed against it.

3) Amendment in Section 12: 2 more Provisos are added in it

Quick Analysis: Now the whole procedure of New Resolution plan has to be summed up COMPULSORILY in 360 days and if it is pending under AMENDMENT Act then in 90 days of this Act. This means cases as carry forward from Old Act can have extension of 90 days, otherwise, in 360 days.

Provided that, vote to cast in respect of application under section (u/s) 12A, Authorised representative shall cast his vote with respect to provisions of sub-section 3.

Quick Analysis: This indicates clearly that AR shall cast his vote according to Majority (defined here as 50%) and the majority not of all financial creditors but of the FCs who casted their votes only in case of Section 21(6a) of IBC.

Section 21(6a) read as follows: Where a financial debt-

(b)is owed to a class of creditors exceeding the number as may be specified, other than the creditors covered under clause (a) or sub-section (6), the interim resolution professional shall make an application to the Adjudicating Authority along with the list of all financial creditors, containing the name of an insolvency professional, other than the interim resolution professional, to act as their authorised representative who shall be appointed by the Adjudicating Authority prior to the first meeting of the committee of creditors;

(c) is Representative by a guardian, executor or administrator, such person shall act as authorised representative on behalf of such financial creditors,

and such authorized representative under clause (a) or clause (b) or clause (c) shall attend the meetings of the committee of creditors, and vote on behalf of each financial creditor to the extent of his voting share.

Provides for Payment of debts of Operational Creditors in such manners as may be specified by board which shall not be less than:-

And also provides for payment of the Financial Creditors, who do not vote in favour of the Resolution Plan in manner specified by the Board, which shall not be less than the amount to be paid to such creditors in accordance of Section 53(1) in liquidation of the Corporate Debtors.

Distribution in accordance with the provision of this clause shall be fair & Equitable to such creditors.

On & From Date of Commencement of IBC ( Amendment) Act, provision of this clause shall also apply to Corporate Insolvency Resolution Process of Corporate Debtors –

Section 53(1) read as Follows: Notwithstanding anything to the contrary contained in any law enacted by the Parliament or any State Legislature for the time being in force, theproceeds from the sale of the liquidation assetsshall be distributed in the following order of priority and within such period and in such manner as may be specified, namely :—

(a) the insolvency resolution process costs and the liquidation costs paid in full;

(i) workmen’s dues for the period of twenty-four months preceding the liquidation commencement date; and

(c) wages and any unpaid dues owed to employees other than workmen for the period of twelve months preceding the liquidation commencement date;

(ii) debts owed to a secured creditor for any amount unpaid following the enforcement of security interest;

(f) any remaining debts and dues;

(g) preference shareholders, if any; and

(h) equity shareholders or partners, as the case may be.

6) Section 30(4): Insert after 'Feasibility and Viability”

"THE MANNER OF DISTRIBUTION PROPOSED, WHICH MAY TAKE INTO ACCOUNT THE ORDER OF PROVIDING AMONGST CREDITOR AS LAID DOWN IN 53(1) INCLUDING PRIORITY & VALUE OF SECURITY INTEREST OF SECURED CREDITORS."

Quick Analysis: The scope for manner of distribution is broadened as the secured creditor interest priority is also taken into account.

'Including Central Government, any State Government or any local Authority to whom a debt in respect of payment of dues arising under any law for time being in force , such as authorities to whom statutory dues are owed” .

Quick Analysis: The scope of dues now includes government and local authorities in this provision.

For this Sub-Section, it is hereby declared that Committee of Creditors may take decision to liquidate the Corporate Debtor, ANYTIME After it’s constitution under section 21(1) and Before confirmation of Resolution Plan, including at Anytime before preparation of Information Memorandum.

Quick Analysis: Between it’s constitution and confirmation of Plan and before I.MO is prepared CDs can be liquidated by COC. The subway to expedite proceeding is opened by this.

'Repayments of debts of Operational Creditors” is substituted and now forward to be read as 'Payment of debts”.

Quick Analysis: Now the clause along with section is open for All debts due instead of payment of debts of operational creditors.