All you need to know about Professional Tax

The term "Professional Tax" can be easily found written in your salary payslip or Form 16. Since the name does not justify its real meaning people often misinterpret it as an error or fault of paying additional tax by an employee to the government. In this article, for the basic understanding of the concept, we have tried to answer most of the commonly asked questions related to Professional Tax.

What is professional tax?

The concept of professional tax was introduced via Article 276 in the constitution of India. It is an indirect tax imposed by the state governments in India. The tax is collected by the Commercial Tax Department of the respective state government. Different states have different rates and methods, the most common way is the monthly collection of tax. However, not all states impose this tax. Delhi and Haryana are a few examples. Any person earning an income from salary, trades, callings, or practicing a profession comes under the purview of this tax.

Is professional tax mandatory in India?

The majority of the Indian states are collecting this tax; a few of them are stated above. Profession tax is levied and collected by the Commercial Taxes Department or in some states by particular Municipal Corporations. If the state has levied the tax, then the deduction is mandatory. The states which impose this tax are Karnataka, Bihar, Andhra Pradesh, Telangana, Maharashtra, Tamil Nadu, Gujarat, West Bengal, Kerala, Punjab, UP, Assam, Meghalaya, Tripura, Odisha, Jharkhand, Sikkim, and Madhya Pradesh, etc. Business owners, working individuals, merchants, and people carrying out various occupations come under the purview of this tax.

What is the rate of Professional Tax?

The slab rate differs in different states. The tax rate is dependent upon various factors. In some states, it is dependent upon the gross turnover of the previous year, gross salary of the employee, or is fixed at a certain amount irrespective of any of these factors. Thus the rate varies in different states. The tax rate in some of the states in India are: 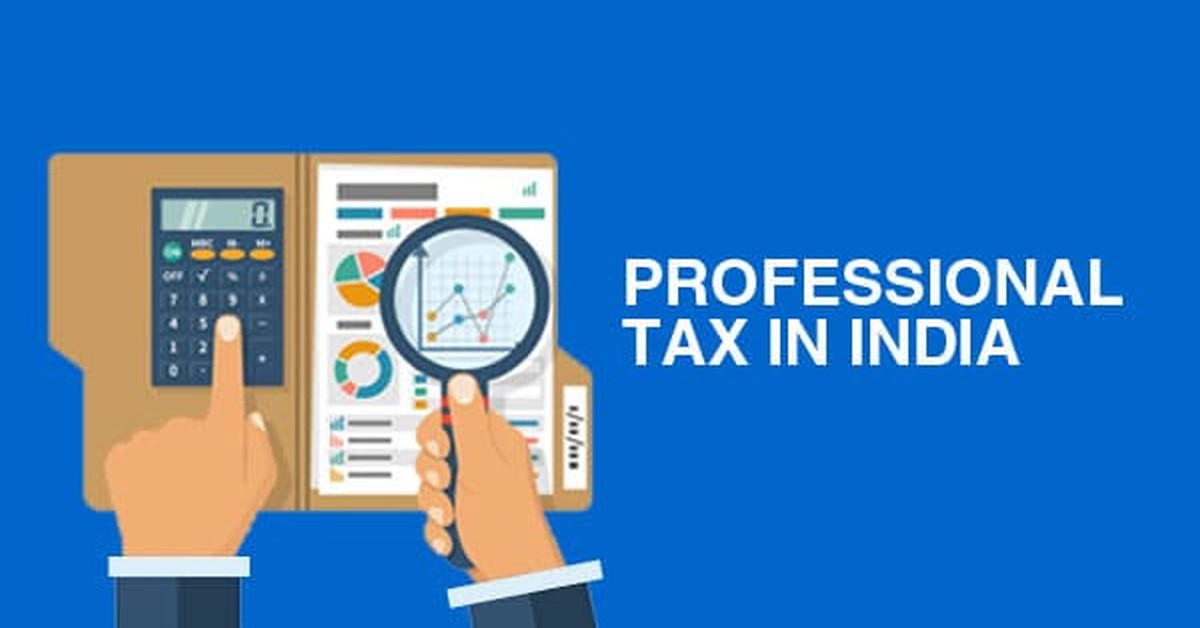 How much professional tax is deducted from salary?

The amount payable annually can be in line with the tax payer's salary calculated as per predetermined slabs by the respective state government. The amount of tax to be paid annually is capped by INR 2,500. It is also payable by members of staff employed in private companies.

Professional tax is applicable to classes of persons as follows:

• An Individual;
• A Hindu Undivided Family;
• A Company /Firm;
• A Co-operative Society, Association of persons or a Body of Individuals, whether incorporated or not.

Also, as a benefit, the taxpayer is eligible for income tax deduction under section 16 (iii) of the Income Tax Act 1961. The tax paid is allowed as a deduction from gross salary income.

Who is responsible for deducting professional tax?

Both salaried and self-employed individuals are required to pay the tax to the respective State Government. However, the levy is subject to certain exemptions given by different state governments. For salaried employees, the tax is levied by employers whereas non-salaried professionals require to pay it to local authorities. Doctors, lawyers, Chartered Accountants, and other persons engaged in private professions are also liable to pay the tax.

To brief everything stated above:

• The employer deducts all Professional Tax in case of salaried employees;

• In case of self-employed, the tax must be paid by the persons themselves.

How to pay Professional Tax?

For salaried employees, every month employers will deduct the tax from their salary and deposit it to the concerned authority. Self-employed professionals who don’t work under any employer need to pay this tax by contacting local professional tax offices established for collecting tax.