Practical FAQ's with respect to GST on Land owners 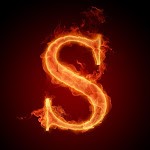 1. Whether land owner is liable to pay GST?

• No, the landowner is not liable to pay GST if the promoter pays the tax on behalf of landowner on transfer of TDR's or FSI or on upfront amount, but there was an exception where the landowner might be taxed within the purview of GST.

2. What is the case where landowner will be liable to pay GST?

3. What will be the applicability of GST on owners of land under JDA of REP when they take advance from prospective buyers during construction (Owners share).

• The advances received from the buyers, to the landowners during the construction period, it is deemed that no completion certificate has obtained and any amount received before completion certificate is liable to GST.
• Therefore, in this case amount received as an advance by the landlord on sale of flat, is liable to pay GST by the landlord.
• Landlord can take input tax credit on the tax amount charged by the Promoter and then pay GST output tax liabilty.

4. Whether the land owner is required to take registration under the GST Act?

• The landlord is required to take GST registration for the payment of GST
• And after paying the tax liability,
• Cancel the registration, if no other business transactions takes place.

5. Give me an practical example in relation to taxation of flats sold by the promoter to land owner and landowner to outsiders?

- The Promoter is bound to pay GST as RCM for the number of Flats given to land lord on the day of getting Completion certificate.
- If landowners sold the flat to the outsider before obtaining the completion certificate, then the landlord is required to take GST registration for the payment of GST and remit the tax after availing input tax credit charged by the promoter.
- SRO based value will not be considered in GST calculation only the market value is considered for the purpose of computation of GST.

6. Will the Landowner be entitled to ITC in respect of tax charged to him by the Developer on such supply?

• The new effective rates of 1% and 5% without ITC are applicable to the apartments booked by the land owner to an ongoing project or any project which commences on or after 01-04-2019. The land owner shall be entitled to ITC in respect of tax charged to him by the developer on construction of such apartments.

7. Whether the Landowner shall be entitled to avail ITC on any other services or goods used by him in furtherance of his business?

• The land owner shall not be entitled to avail ITC on any other services or goods used by him except ITC charged in respect of tax charged to him by the developer on construction of such apartments.

8. In an area sharing model, a promoter has to handover constructed flats/ apartments to the land owner who supplied TDR for the project. Value of TDR at the time when the landowner transferred it to the promoter is not known. How would the promoter determine GST on TDR?

• Value of TDR, shall be equal to the amount charged by the promoter for similar apartments from the independent buyers booked on the date that is nearest to the date on which such development rights or FSI is transferred by the land owner to the promoter.

9. If an un-registered person transfers development right to a developer-promoter. Will the promoter be liable to pay GST on TDR received from an unregistered land owner?

• Promoter shall be liable to pay GST on TDR transferred by any person whether registered or not on RCM basis.

10. Whether the condition to make payment within 180 days by Land Owner to Developer as provided in second proviso to section 16 (2), shall be applicable for reversal of input tax credit ?

11. Whether GST is payable on the flats retained by the land owners?

• No, landowners were not required to pay GST on the flats retained as there was no outward supply from the landowner to outsiders.