This article will focus on very vital topic in International taxation field. This is of paramount importance. There are different views as regarding permanent establishment based on OECD model and UN model also based on judicial case laws at high court and apex court.

It is used by developing countries. It follows residence based taxation. The headquarter of OECD is at Paris (france). It consist of committee members who broadly work on best practice of International taxation. These guidelines are well recognised.

More between developed countries and developing countries. It focus more on source based taxation. Headquarters is at United states.

This model is used by United states.

India follows source based taxation. Any income accruing or arising in India will be taxed in India irrespective of residential status. This is whether resident and ordinary resident , resident but not ordinary resident or Non resident. India is a member of UN but although not member of OECD but has renowed educationist academician in OECD group. India despite follows source based taxation still adopt OECD guildlines in best practices. 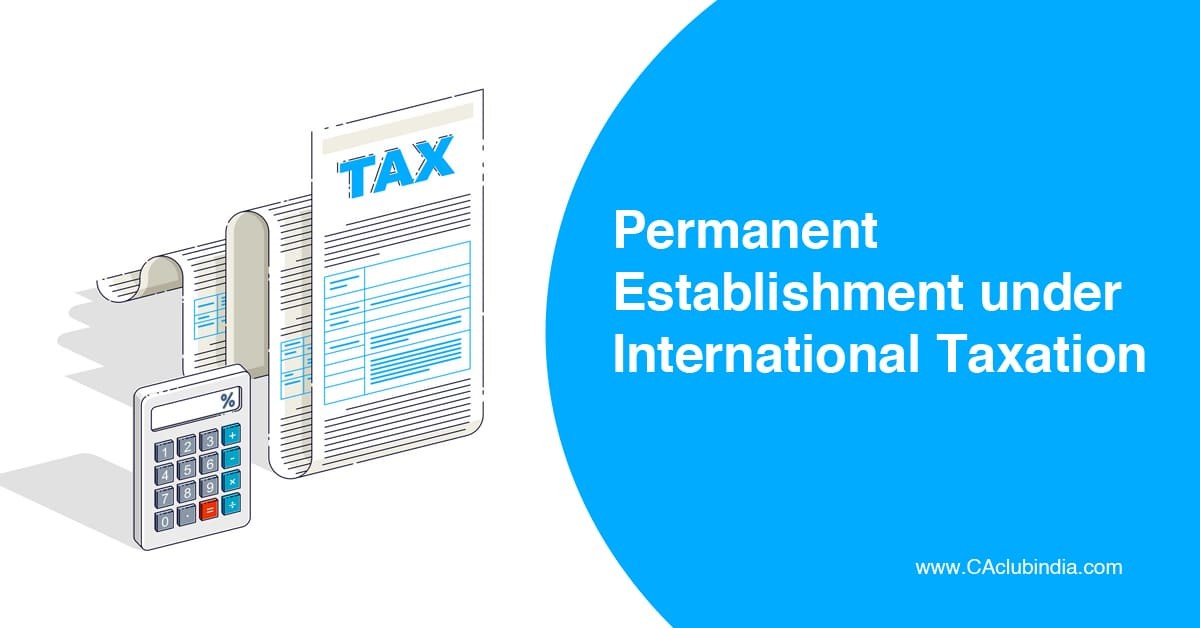 Some of them are

Now we understand the term Permanent establishment under article 5 of UN model and OECD model. They are difference which are described below.

In UN model furnishing of services including consultancy services by an enterprise through employees or other personnel engaged by the enterprise for such purpose if activities of such nature within contracting state exceed 183 days in 12 months period commencing or ending in 12 month fiscal period.

In the leading case law of CIT Vs formula one world championship court relied on International tax expert that PE must have three attributes stability , productivity, dependence. In order to examine whether establishment has a fixed place of Business such physically located enterprise must be only at the disposal of enterprise. The apex court relied upon this view while giving judgement in case of FOWC(formula one world championship). In case of FOWC even the number of days was less but as there was substantial economic activity carried irrespective of the number of days it will constitute a permanent establishment .

There is no PE in source state when a fixed place of business engaged in promotional advertisement for goods manufactured by foreign enterprise.

This is highly subjective and depends on case by case basis.

Whether to establish a Permanent establishment is constituted it will depend on facts circumstances of the case. It is highly subjective.