Meaning of the word 'Accident' under insurance

You are aware that our world is full of uncertainties and risks. Some of these are man-made and some made by All Mighty. In the meantime, whole world is facing unprecedented risk of life due to man-made COVID-19 pandemic. This virus has changed our lives and forced us to stay in our homes. This is a product of greed and inhuman activities by Chinese Government. We have lost more than 5.00 Lakhs people in whole world and still counting.

We can define insurance is a practice or arrangement by which a company or government agency provides a guarantee of compensation for specified loss, damage, illness, or death in return for payment of a premium or we can say that insurance a thing providing protection against a possible eventuality. 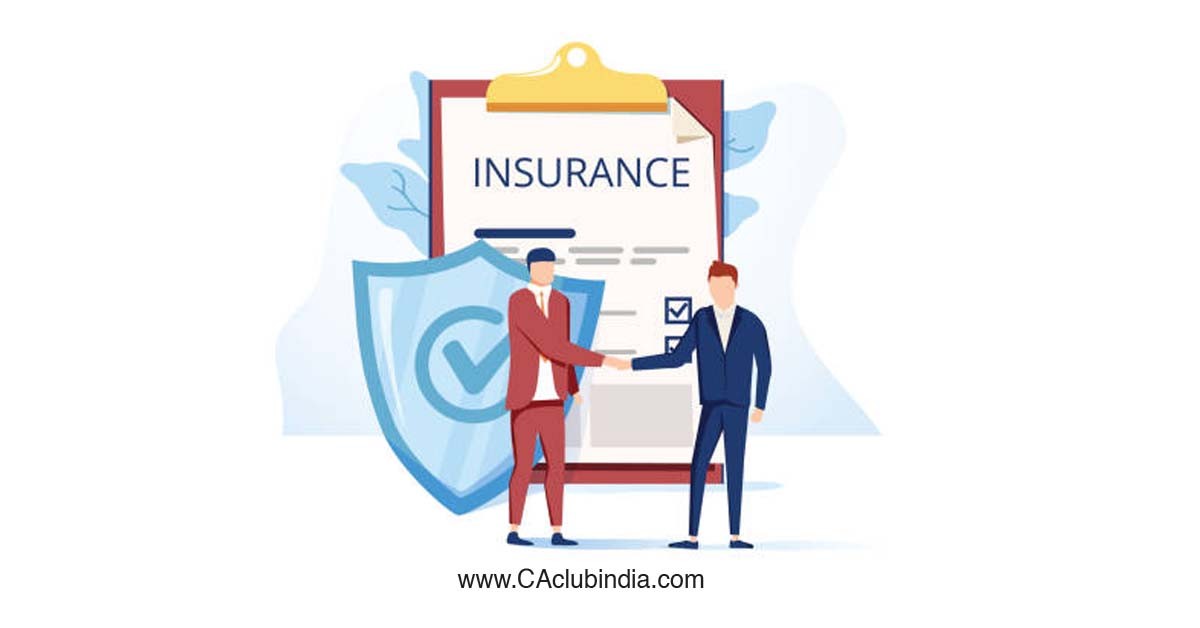 Investopedia: defines an insurance is acontract,represented by a policy, in which anindividual or entity receives financial protection or reimbursement against losses from an insurance company.

We can also say that insurance refers to a contractual arrangement in which one party, i.e. insurance company or the insurer, agrees to compensate the loss or damage sustained to another party, i.e. the insured, by paying a definite amount, in exchange for an adequate consideration called as premium [Business Jargon].

Insurance has the twin objects of providing short-term or long-term relief to the insured. The short term ensure protection of insured from loss of property and life. The long term protects industrial growth of the country etc.

When we purchase an insurance policy, we enter into a "Contract of Insurance" with the insurer or insurance company.

"A Contract of Insurance", is a contract by which one party (i.e. insurer or insurance company) in consideration of price paid (i.e. premium) to him adequate to risk, becomes security to the other (i.e. insured or prospect), that he shall not suffer loss, damage, or prejudice by happening of perils specified to the certain things which may be exposed to them."

Insurance is a covenant of good faith, where both parties are covenanted to abide by the terms and conditions of the policy.

An insurance policy contains all terms and conditions agreed between insured and insurer or insurance company. It contains various definition of risks, events, inclusions or exclusions and procedures to be complied by an insured. The insured have to declare truly all details required by the insurance company. It is a contract of good faith on both ends.

LET US CONSIDER WHAT IS ACCIDENT

Dictionary meaning: an unfortunate incident that happens unexpectedly and unintentionally, typically resulting in damage or injury or an event that happens by chance or that is without apparent or deliberate cause.

Marrian-Webester defines: an unexpected usually sudden event that occurs without intent or volition although sometimes through carelessness, unawareness, ignorance, or a combination of causes and that produces an unfortunate result (as an injury) for which theaffectedparty may be entitled to relief under the law or to compensation under an insurance policy

Safeopedia: An accident is anunplanned,unforeseen, andunexpected event that has a negative effect on all activities of the individual who is involved in the accident. An accident can result in death, injury, disease or infection, loss of property, damage to environment, or a combination thereof.

But is difficult to define term "accident" as used in insurance policies. There is difference in term "accident" and "injury". In an "accident" some violence, casualty or vis major is necessarily involved. Accident involves the idea of something unexpected as opposed to something proceeding from natural causes.

Note: a disease produced by action of some known cause cannot be considered as an accident.

Thus, disease or death engendered by exposure to heat, cold damp, the viscitudes of climate or atmospheric influence cannot properly be said to be accidental at all events, unless exposure is itself brought about the circumstances which may give it the character of accident.

EXAMPLE 1: Suppose Mr. X is a mariner and due to effects of ordinary exposure to the elements such as common in the course of navigation, he caught by cold or die, such death of Mr. X would not be an accidental death.

But if there was a shipwreak or other disaster as define in the insurance policy, Mr. X quits ship and take sea in open boat, he remained exposed to wet and cold for sometime and died due to that. His death might be considered due to an accident.

We also define an accident as "an unlocked for mishap or an untoward event which is not expected or designed."

EXAMPLE 2: Suppose a train runover Mr. X then it is an accidental event. In other scenario suppose he is lifting a heavy weight and his spine injured, then this is not called an accidental injury.

EXAMPLE 3: If Mr. Y is running to catch a train and he injures himself in this case also, it is not an accidental injury.

Suppose if same Mr. Y stumbles and sprains his ankle, he meets with an accident because he did not intend to stumble.

"Gujarat High Court once held that sine the death was caused by a dog bite which resulted in rabies as has been amply establish before the trial court which fact is not disputed before this court by the LIC , it was considered a death resulting from an accident and since it was within the stipulated period, the assured was entitled to an additional sum equal to the sum assured under the policy as per accident benefit clause."

EXAMPLE 4:The insured, while at a railway station, was seized with a fit and fell forward off the platform across the railway, when an engine ran over his body and killed him. It was held that the death of the assured was caused due to accident.

In case of Surgical Operations: Policies of accident insurance usually contain express condition as to surgical operations. In this case circumstances which render the operation should be considered. The immediate cause of death may be operation, but the real and efficient cause is to be determined by reference to the circumstances which lead to operation. If, however, the operation is performed with a view to cure a disease, death by such operation in not death by an accident. But if on negligence of the surgeon intervenes and death is attributable to such negligence, death may be said to have been caused by accident. But, on the other hand, if operation is rendered necessary by the consequences of the accident itself, death by such operation would be death aby accident.

An accident policy expected liability in the case of death, or disablement by accident, caused inter alia by medical or surgical treatment or fighting, ballooning or racing, self-injury, sucide or anything swallowed or administered or inhaled.

There are various court decisions in which accident has been defined and the IRDAI has also promulgated strict regulations to protect interest of policyholders.

While taking any insurance policy, it is suggested that every person should reveals true information and read the policy documents. It is better to take advise of an insurance advisor or investment advisor. You can get more details on some insurance sites and compare products of various companies suitable for you.