STEVE JOBS – A MAN AHEAD OF HIS TIME 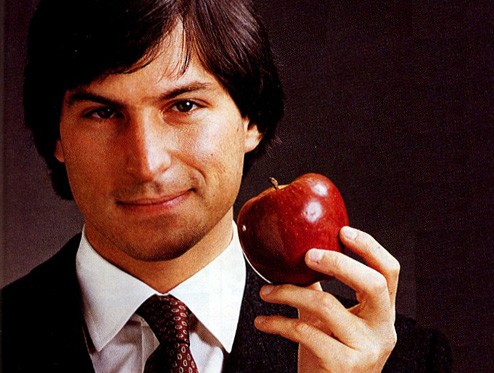 Friends although I made promise to myself that I will not post anything new on CCI (due to which some of my friends were taunting me by saying that I have got an invisible cloak from Hogwarts) till the completion of CA exams, I have to break this promise coz of something abnormal, shocking and heart breaking which has happened yesterday. We have lost a great Visionary in form of Steve Paul Jobs. According to me he is one of the most inspirational and impressive personality the word has ever seen. To pay tribute to him I am mentioning some of his teachings which as a CA student we can adopt in our life. To show my love for him I will type this article in my IPAD2 first which was gifted to me by CCI on being voted as Favorite of club, and will subsequently copy  it in MS-Word (in the same way as Windows was somehow a copy of Mac).

Your time is limited, so don’t waste it living someone else’s life

“The only way to do great work is to love what you do. If you haven’t found it yet, keep looking. Don’t settle. As with all matters of the heart, you’ll know when you find it.” – Steve Jobs

Don’t be trapped by dogma – which is living with the results of other people’s thinking. Don’t let the noise of other’s opinions drown out your own inner voice. And most important, have the courage to follow your heart and intuition. They somehow already know what you truly want to become. Everything else is secondary.”

I have seen many people doing things half-heartedly. You know this is what separates a Genius and an Average Performer. It’s all in the mind. People often say that they don’t have the capability to perform with excellence but according to me the only thing they lack is taste. Adhoore mann se kabhi safalta haasil nahi hogi. Steve succeeded coz he was the master of his trade. This is what he always wanted to do right from his schooldays. He was crazy about gadgets and technology.

Don’t panic when circumstances are against you.

I think each and every CA student can correlate with the above saying. Most of us find happiness in small things like a day-off, something extra in form of conveyance allowance, 1st October (means end of tax audits) or farewell party after completion of coaching. But you know what all the tough things which we are facing today will give shape to a bright future. The best example is of Sir Steve Jobs. He got fired from Apple - a Company he started that too publicly. He always got stiff competition from Microsoft. But he took it in a positive manner. According to him   getting fired from Apple was the best thing that could have ever happened to him. The heaviness of being successful was replaced by the lightness of being a beginner again, less sure about everything. It helped him to be creative again.

“I’m the only person I know that’s lost a quarter of a billion dollars in one year…. It’s very character-building”- His take on failure

And see when he got the taste of success in form of i-pod, i-tunes and i-phone he was diagnosed with pancreatic cancer. If there have been any other person in place of him, he would have stopped working and above all w’d have stopped creativity and innovation but this man has some other plans. He came up with successful launch of I-Pad and Ipad-2.

His take on death-

“Death is very likely the single best invention of life” because it allows you to sidestep the trap of thinking you have something to lose. The point? Jobs reported that he often asks himself, “If today were the last day of my life, would I want to do what I am about to do today?” When the answer is no for too many days in a row, he knows he needs to change something.”

Well I often relate the above quote with the importance of self study in the life of CA Student. Things are simple and don’t make it complicated. The best thing about self-study is your mind is blank about the topic. You will not have the conflicting thoughts disturbing you. This will be the situation of creativity at it’s best. You will be able to make best use of your skill and intelligence.

“Innovation distinguishes between a leader and a follower”

I hope all of you must have heard the phrase winners don’t do different things but they do things differently. Keep experimenting; keep doing something new otherwise you can’t grow. Even if you standstill at a right place you will be fallen by someone running from behind. The day you stop thinking and stopping creative ideas coming to you means the death day for you.

We can relate it with SMART study in CA. CA is not only about doing hard work but putting efforts in right direction. A good plan with proper execution is must. But ya never compromise on quality for that.

“Be a yardstick of quality. Some people aren’t used to an environment where excellence is expected"

I know this was not even 1% of what we can learn from the life of this legend. We will always miss him and his ideas. You know the greatest thing about him is that we came to know about his death directly or indirectly from his inventions only.

Love you Sir and the void that you have left can never be filled.