Job work under GST up to Feb'19 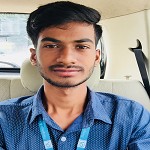 This article has been prepared considering the various changes and clarification through the Acts, Rules, Circulars, formats under GST with respect to job work.

The importance of a job worker to the principal is significant to the products cost, quality, lead time and therefore, becomes an integral cog in the OEM process. The major advantages are:

This article intended to clarify the current issues faced by the manufacturers and job workers, and covers the following:

a) Meaning & Nature of job work:

The definition of job work has been defined in the Section 2(68) of CGST Act, 'Job work' means any treatment or process under taken by a person on goods belonging to another registered person.

For the purpose of this article, 'Principal' will be the persons who sends the goods for job work.

Schedule II clause 3 of CGST Act, considersany treatment or process applied to another person goods as a supply of services.

To determinethe value of job work charges, value of goods sent by the principal shall not be included.

b) Registration under GST

It is important to note, government has provided exemption from registration for job workers making inter-state supply of services unless they are covered under the following:

a) Bring back inputs or capital goods from job worker premises with in time limit provided above in para (d) without payment of taxes, or;

i. Job worker requires to be registered under GST.
ii. Supply of such goods are notified by Commissioner.
iii. If not covered under (i) & (ii), to include as additional place of business

According to Section 143(2) the responsibility for keeping proper accounts for the inputs or capital goods shall lie with the principal.

According to Section 141 of CGST Act, if any inputs/semi-finished goods/excisable goods sent for job work prior to 01/07/2017 for the purpose of further processing, testing and reconditioning etc., no tax shall be payable if goods returned within 6months from 01/07/2017.

The period may be extended by 2 months by the commissioner, if further sufficient cause may be shown.

If not returned with in the period specified, the ITC can be recovered in accordance with section 142(8)(a) of CGST Act, which is as follows:

i. ITC recovered through assessments/proceedings under earlier law (pre-GST) (Eg: Excise)
ii. Where not recovered under (i), ITC would be recovered as arrears under GST law.

According to Section 141(4) of CGST Act, the principal and job worker should submit a declaration electronically in form TRAN-01 specifying the goods held in stock at job worker premises.

e) Availment of ITC on goods sent for job work:

According to Section 19(2) of CGST Act, the principal can avail the ITC where goods are sent to job worker premises directly from the vendor location without coming to the principal's premises.

Principal can avail ITC on such goods sent to job worker, provided the vendor mentions-customer as the principal and consignee as the job worker on the face of the invoice.

In case of goods imported and directly sent to the job worker from the custom station the principal requires to raise a delivery challan under Rule 55. Note principal would be eligible for the ITC on imported goods.

According to Section 19(3)read with 143(3) of CGST Act, when inputs (goods) are sent for job work without payment of tax and neither received back within 1year nor supplied from the job worker premises, it shall be deemed to be supplied by the principal to job worker as on the date when the goods were sent out for job work.

According to Section 19(6) read with 143(4) of CGST Act, when capital goods are sent for job work without payment of tax and neither received back with in a period of 3years nor supplied from the premises, it shall be deemed to be supplied by the principal to job worker as on the date when the goods were sent out for job work.

Section 19(7) of CGST Act, extends the benefit that the time limit of 1/3 years will not be applicable for moulds, dies, jigs and fixture or tools sent out to a job worker.

Through amendment of CGST act with effect from 1st February 2019, the commissioner has been empowered to extend the time limit for return of goods sent on job work for a further period as given below:

g) Consequence when goods not returned within time:

If the inputs or capital goods are not returned within time limit specified, the principal is liable to pay tax along with interest @18%from the day goods sent out by deeming the activity as an outward supply.

In case of supply of scrap:

a) If job worker is registered - Job worker may supply the scrapalong with payment under GST.

b) If job worker is unregistered - the job worker should return scarp to the principal/ principal may supply the scrap directly from job worker premises under his invoice. (Note: Such premises to be an additional place of business of principal).

i) Various Rates in Job work:

There is a common misunderstanding in the market, that the GST rate for job work services would always be @18%. Although, generally most of the services are covered under 18% rate, all job work services do not fall under one rate. We have listed few of such exceptions:

a) Slaughtering of animals
b) Services by way of pre-conditioning, pre-cooling, ripening, waxing, retail packing, labelling of fruits.
c) Cultivation of plants and rearing of all life forms of animals, except the rearing of horses, for food, fibre, fuel, raw material or other similar products/agricultural produce
d) Services provided by the National Centre for Cold Chain Development under the Ministry of Agriculture, Cooperation and Farmer's Welfare by way of cold chain knowledge dissemination

j) Documents to be issued by manufacturer or Job worker:

Other types of Documentation:

Goods may move under the cover of challan issued either by job worker or principal.

b) In piecemeal by job worker:

Goods returned by job worker in installments cannot be endorsed in the delivery challan issued by the principal, job worker requires to raise a fresh challan.

Delivery Challan under GST has been provided under Rule 55, contents are listed below:

When principal sends inputs or capital goods for job work, he is required to file ITC-04, it will act as a timely intimation to the department of goods sent for job work. Note, the job worker need not file ITC-04. Following are the contents of the form:

**Loss & wastes are included in the format of CGST Rules, although the same does not reflect in the GST portal. Hopefully, this anomaly is rectified at the earliest.

Illustration on how to file ITC-04:

Mr. A (principal) is sending product 'X' of quantity 100kgs for processing or converting (job work) into product 'Y'. The conversion ratio of product X to Y will be 0.5 (2X=1Y)

When goods to send to job worker Mr. A will disclose under table 4 with the quantity 100kgs of product X

While goods returned from job worker after completion of job work, Mr. A will disclose under table 5 of ITC-04 with the quantity of 100kgs of product X.

The above disclosure, is not uniformly being adopted across the industry. Some persons are filing the returned goods as Product 'Y' of 50 quantity. No Circular/Trade notices received from the department as yet.

Considering the intention of the government, to be able to track whether the inputs/capital goods have been received back within 1/3 years, the details of goods received are to be filled in terms of the goods sent. Next question arises, how do we provide for this in our inventory?

While returning goods after completion of job work to principal's premises, either the principal or job worker or transporter can raise E- way bill.Note: EWB required for 'every movement' and not 'every supply'.

1. Whether treatment or process done for unregistered person's goods, will it be considered as job work?

No, according to Section 2(68) of CGST Act, only in the case any treatment or process done for goods relating to registered person is treated as job work

2. Whether Job worker need to issues delivery challan while returning the goods after job work?

3. Whether goods imported for the purpose of Job work and re-exported would be liable under GST in India?

Upto 31st January 2019, as there was no specific provision to exclude such job work activity, GST was said to be liable on such transactions, and not as a zero-rated supply. This was in contrast to the erstwhile Excise law, which provided exemption for such activity.

From 1st February 2019 onwards (based on recent IGST Amendment Act) - GST not liable on such job work activity, could be covered under Export of Services (zero-rated supply). Proviso to section 13(3)(a) of IGST Act has been amended which prescribes the place of supply would not be the location where services are performed. This ensures that the place of supply would bethe location of the recipient (outside India).

4. Will goods sent for repairs & maintenance be considered as job work?

No, repairs & maintenance and job work are two different concepts under GST. The intention of the customer/principal, and the activity itself should define whether it is to 'repair' such goods, or to undertake any 'process or treatment' on such goods. Also, another indicator could be -

§ Repairs & maintenance - do not change the nature of the goods.

§ Job work - may result in a change of nature of the goods.

5. When goods sent to job worker and same has been lost / destroyed at job worker premises, will it be considered as deemed supply?

a. Scenario 1When goods are destroyed after receipt of goods by job worker:

In this case Principal needs to treat it as a deemed supply and raise tax invoice for the same, as the goods cannot be returned within time limit prescribed.

b. Scenario 2When goods destroyed before receipt of goods to job worker (goods in transit):

In this case principal need to reverse ITC according to Section 17(5)(h), as the goods are destroyed in the transit where possession of goods are not yet transferred to the job worker.

6. Who is responsible for maintain proper books of accounts in lieu of inputs and capital goods sent for job work and filing of ITC-04?

a. According to Section 143(2) of CGST Act, the responsibility of maintaining proper books of accounts lies with the principal.

b. Responsibility of filing ITC-04 also lies with the principal.

7. What value is to be provided in the E-way bill while returning goods from job worker after completion of job work?

a. Considering Rule 138 of CGST Rules, 2017 read with explanation 2, EWB is required for movement of goods of consignment value more than 50,000 which requires to disclose the value of goods during movement.

8. Goods received by unregistered job worker from an unregistered principal for the purpose of job work, what will be the impact under GST?

The situation would not be covered under the scope of job work under GST. The activity would be supply of goods between both the parties.

9. Whether job worker has to include the amortization cost of moulds, jigs, fixtures and tools sent by the principal to the job worker in the value of job work services?

10. Whether loss and wastage generated in job worker premises be disclosed in ITC-04?

According to ITC-04 format provided in CGST Rules, principal has to disclose loss and wastage incurred in the job worker premises. Returnable delivery challan could include the job worker to include such details to help Principal maintain track & information.

Presently GST portal has been updated to include loss/wastage details.

11. When goods sent outside the India for the purpose of job work,do we need to disclose in the ITC-04?

There is no exception for the said case. It should be disclosed in ITC-04.

This article has been prepared by Kishore Bandari & CA Akshay M Hiregange and vetted by CA Rajesh Maddi. The author can also be reached at kishore@hiregange.com