Thousand of lines have been written about the growth story of Indian Economy. Economist, Speculators, jumped with their bag of stories of Indian economic growth. How the growth will be designed, will be achieved and more over the past of the society who will make money out of this growth.

Keeping respect for my fellow economist I thought to add some more lines to the present growth of the probable future growth of India, without boring my readers.

After the dotcom boom and after the UPA 1 government came into force in 2004 the Indian stock market & Indian economic growth witnessed among the strongest growth that any emerging economy have ever witnessed in the World Economic Growth History. From 2004 rally of Indian economy started. At that point of time BSE SENSEX was hovering around 3000 marks, if I am not so wrong in my memory.

Financial brokers, Economist, Industrialist every one was discussing about the growth of India. New policies come up to promote, but major polices of turn around were just kept in the side. 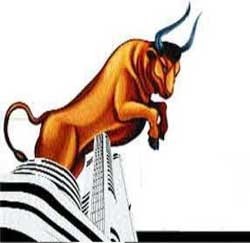 Stock market becomes the new service industry adding new volumes to the growth of the Indian economy. The cobbler on the street was also collecting information about at what level DOW JONES got closed the previous night. Leveraged deals and steroids of borrowed capital were flooded on the street. The BSE SENSEX also jumped to 21000 marks in (December-Jan 2007-08) due the investments being made by the cobbler on the street. Just think for a moment what a growth one could imagine even in his stock market dream than the original BSE SENSEX opening the doors of 21000 marks.

Then we all know the 2nd GREAT Recession and its after shocks the world economy have faced. The Financial walls of every economy were rattled. In 2009 UPA -2 come up again the stock market from the level of 7000 (BSE) mark level up to 19000 mark. In the past 8 years India made a staggering growth on its economy and stock market.

The stability of the UPA Government played the whole rally of the stock market from 2004 to 2011 till date. Its not the FII’s or FDI investments, neither the domestic investments. Its only UPA government . We vote for the UPA as their focus was on MANGO PEOPLE. But in the past 8 years people were left with high cost of “COMMON LIVING” and MANGOES were fully eaten by politicians. Corruptions have ruined the UPA image. The result of this fragmented image of UPA is that rest time the people of India cannot be fooled by calling THEM MANGO PEOPLE for the next upcoming Elections in 2014-15. It quite clear that India achieved many  crowns of growth, snatched business deals overseas and even went for Shopping across the globe for Indian Economic growth. But again at the end of MANGO PEOPLE were made more poor then or on before 2004.

We have Indian election in 2014-15. UPA will find very negligible chance to form Government for the 3ed time. Majority of its cabinet ministry are in TIHAR jail and rest are insufficient to handle the Indian economic growth.

More over FII, FDI investment will take a hit after the new coalition government which will come .  Since new Government is just like a new girlfriend hard to predict the movement of its nature. In stable government leads instable policies and delayed decisions. Those two are the prime reason for any kinds of investment.

Now a question might come up that does l mean to say Indian growth story is over. Just answer me one thing how long a party last. A decade for growth is enough for India particularly. Since China did not create a government where mango people were never given the mangoes.

Party is going to over soon since US and Europe both had to stand. One should not forget that one economy survives at cost of other economy.

What I have tried might be something wild to see beyond the common mass its upto my readers to peep into that beyond.