In the present write up, we have focused on the various provisions relating to independent directors as contained in the Companies Act, 2013. 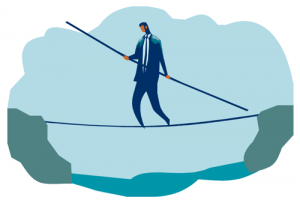 (iv) is a Chief Executive or director, by whatever name called, of any nonprofit organisation that receives twenty-five per cent. or more of its receipts from the company, any of its promoters, directors or its holding, subsidiary or associate company or that holds two per cent. or more of the total voting power of the company; or

(f) who possesses such other qualifications as prescribed below:

An independent director shall possess appropriate balance of skills, experience and knowledge in one or more fields of finance, law, management, sales, marketing, administration, research, corporate governance, technical operations or other disciplines related to the company’s business.

Following class of companies are required to appoint at least 1/3 of total number of directors on their Board of Directors as independent directors:

· Public Companies having paid up share capital of one hundred crore rupees or more; or

·Public Companies which have, in aggregate, outstanding loans or borrowings or debentures or deposits, exceeding two hundred crore rupees.

· Any fraction contained in the 1/3rd number shall be rounded off as one.

· The criteria specified for unlisted public companies shall be applicable for the first year and shall continue to apply to that company in subsequent years during the tenure of the Independent Director even if the paid up share capital or turnover, or borrowings/deposits, as the case may be, fall below the limits specified therein.

· Every company existing on or before the date of commencement of this Act shall, within one year from such commencement or from the date of notification of the rules in this regard as may be applicable, comply with these requirements.

Term of Office of Independent Director

· An independent director shall hold office for a term up to 5 consecutive years on the Board of a company, but shall be eligible for reappointment on passing of a special resolution by the company and disclosure of such appointment in the Board's report.

· Any tenure of an independent director on the date of commencement of this Act shall not be counted as a term under the above provisions.

Other Provisions relating to Independent Directors

· The company and independent directors are required to abide by the provisions specified in Schedule IV of the Act.

·  An independent director shall not be entitled to any stock option and may receive remuneration by way of fee, reimbursement of expenses for participation in the Board and other meetings and profit related commission as may be approved by the members.

· An independent director shall be held liable, only in respect of such acts of omission or commission by a company which had occurred with his knowledge, attributable through Board processes, and with his consent or connivance or where he had not acted diligently.

· The provisions relating to retirement of directors by rotation shall not be applicable to appointment of independent directors.

Is Auditor Certificate mandatory for DPT-3?

How to file DPT-3 in case of Loan from shareholder?

How can an Auditor report a disqualification of a director in the Audit Report?