I have reasonable doubt about the truth or accuracy of your transaction price: GST Officer 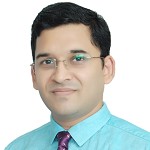 
GST stands for "Goods and Services Tax", and is proposed to be a comprehensive indirect tax levy on manufacture, sale and consumption of goods as well as services at the national level. It will replace all indirect taxes levied on goods and services by the Indian Central and State governments. Second draft of GST law is supposed to be tabled in Parliament for approval shortly. The first model law has already been shared with public and the comments were invited.

So, on which value, GST will be levied?

There seems to be very obvious answer to this i.e. price on which the exchange of goods and services will take place. But, is it that simple, let’s check the GST valuation Rules, 2016. Rule 3 of GST Valuation rules conveys the same answer and affirms that transaction value shall even be accepted where the supplier and recipient of supply are related parties provided their relationship has not influenced the price. But this is subject to Rule 7.

Rule 7 empowers the GST officer with draconian provision to reject transaction value, if he has reasons to doubt the truth or accuracy of the value declared. He has been given powers to ask further information and evidences to cross check the price. If the officer still has reasonable doubt as to the value of transaction, after evaluation as per Rule 7, the price will be determined by Rule 4.

Rule 4 is the spinal cord of valuation rules, it introduces transfer pricing concept in the Model GST law. As per Rule 4, the transaction value of goods or services will be value of like kind and quality supplied at or about the same time to other customers with the adjustments to relevant factors like difference in date of supply, commercial and quantity levels, composition, quality and design. However, adjustment would also be made for freight and insurance charges depending upon place of supply. Rule 5 further strengthens the spinal cord above and provides that if the value cannot be determined by method as stated in Rule 4, it will be computed on the basis of cost of production or cost of services, charges for the design or brand with the addition of usual profit and general expenses. The point to note here is that these rules are applicable to all transactions irrespective of related party status.

A cursory reading of above rules may look very normal and simple to one but as you give a deep thought to it, you will start feeling the butterflies in stomach and it will leave you with bundle of nerves.

Basically, the Model GST Law has introduced transfer pricing concept in the law. Was it required, is it just copied from earlier laws? It won’t be wrong to say, the way it has been introduced

Let’s understand more about transfer pricing and it’s applicability in existing laws. Transfer pricing is the setting of the price for goods and services sold between controlled (or related) legal entities within an enterprise. In principle, a transfer price should match either what the seller would charge an independent, arm's length customer, or what the buyer would pay an independent, arm's length supplier. Transfer pricing is perceived as major tool for corporate tax avoidance and is also referred as base erosion and profit sharing (BEPS).  Transfer pricing adjustments have been a feature of many tax laws across the globe since the 1930s. All the cross border transactions made with related parties abroad are subject to pass the litmus tests of transfer pricing laws in order to prove that the transaction has been made on Arm’s length price. The rules in this regard have been adopted by most of the countries to safeguard their tax revenue. India’s transfer pricing regulations also broadly adopts the OECD principles currently.

The proposed valuation rules in Model GST law are on the lines of India’s Customs Valuation (Determination of Value of Imported Goods) Rules, 2007. In fact, it won’t be wrong to say that language of the proposed law has been copied from existing custom valuation rules. Further, custom law also requires related parties to refer to Special Valuation Branch (SVB) for evaluation of arms length price. Further, with the use of technology, customs have developed the dynamic data bank of historical rates reported by various importers using tariff codes to identify abnormally priced transactions. On the top of it, customs have also fixed duty price in case of various items to do away with valuation issues. According to study done by a sample set of importers, among the various roadblocks in the domain of trade facilitation, valuation related issues account for 19% of the grievances, followed by tariff classification grievances (16%).

The question arises; can customs law be replicated in GST? The objectives behind transfer provisions are quite different, in customs law government also needs to protect interest of domestic players, ensure inferior goods are not dumped in the country despite protecting country’s revenue. Here under GST regime, there is no incentive for tax planning by influencing transaction price even by related parties at one stage as it would get taxed in subsequent stage.

Central excise law in India is the oldest surviving indirect tax levy in India, but the valuation principles are still far from being settled. Safe harbour provisions (likewise Income tax) have been provided to reduce the litigation in the past. E.g. Rule 8 of excise valuation rules prescribes, that where the excisable goods are used by the manufacturer wholly or partly for in-house consumption in the manufacturing of other goods, the valuation of goods meant for in-house consumption must be completed at 110% of the cost of production. Compounded levy schemes based upon installed capacity of production have also been provided to eliminate the need for transaction valuations.

Under GST, it would have been made some sense if lawmaker’s intent would have to double check the transaction price between related parties; but how fruitful this exercise is – to question transaction price between unrelated parties. The draft law questions the reasonability of price transacted even between unrelated parties. Unless the tax officer has got the evidence of receipt of unreported consideration, keeping of such provisions of rejection of value are drastic provisions for business. Imagine a situation, where you supply goods or services at a negotiated price and pay GST on such price and a day after completion of your transaction, GST officer negates this price. There is remotest probability that buyer will bear the additional tax on price valued by GST officer. So, the risk lies with seller / dealer only.

How the GST officer will comment upon unreasonable price, what vigilance mechanism will be used by the regulator isn’t known at this stage. It is being speculated that regulator will maintain a database of all the transactions and any abnormal price will be flagged. Can one imagine a world where any computer software or any laid out rules are able to arrive at real transaction prices? This could have been possible in case of homogeneous goods to some extent but it is quite an uphill task in case of today’s innovative product and services. Business is not a science in 21st century, business is symptomatic of our failure to efficiently harvest, distribute and replenish resources. It’s a progression from mystery to heuristic. Let the service provider be free to decide the price of his offerings, it’s not an algorithm or a software code.

Model GST law has opened up can of worms of bureaucracy and litigation by questioning the transaction between unrelated parties. Will administrators be ever able to derive an amicable approach to judge prices of goods or services? Likewise, present customs and excise laws, we seem to be entering back to the era of long list of disputed valuation litigations. Let’s hope the second draft and further rules on the subject addresses the concern.