The Reserve Bank of India (RBI) has imposed a monetary penalty of Rs 1 crore for holding shares in borrower company of an amount exceeding 30 percent of the paid-up share capital of the company.

I recollect and wish to cite the case of SBI investing in the bailout of Yes Bank Ltd to elaborate on the point of my concern. While announcing scheme of reconstruction of Yes Bank Ltd. RBI sought comments from the public. Like a few others, I have also written to RBI on dt:08-03-2020 also wrote some article on this matter on 08-03-2020 (*available on public domains) under head:

Suggestions on draft Scheme of reconstruction of Yes Bank Ltd* 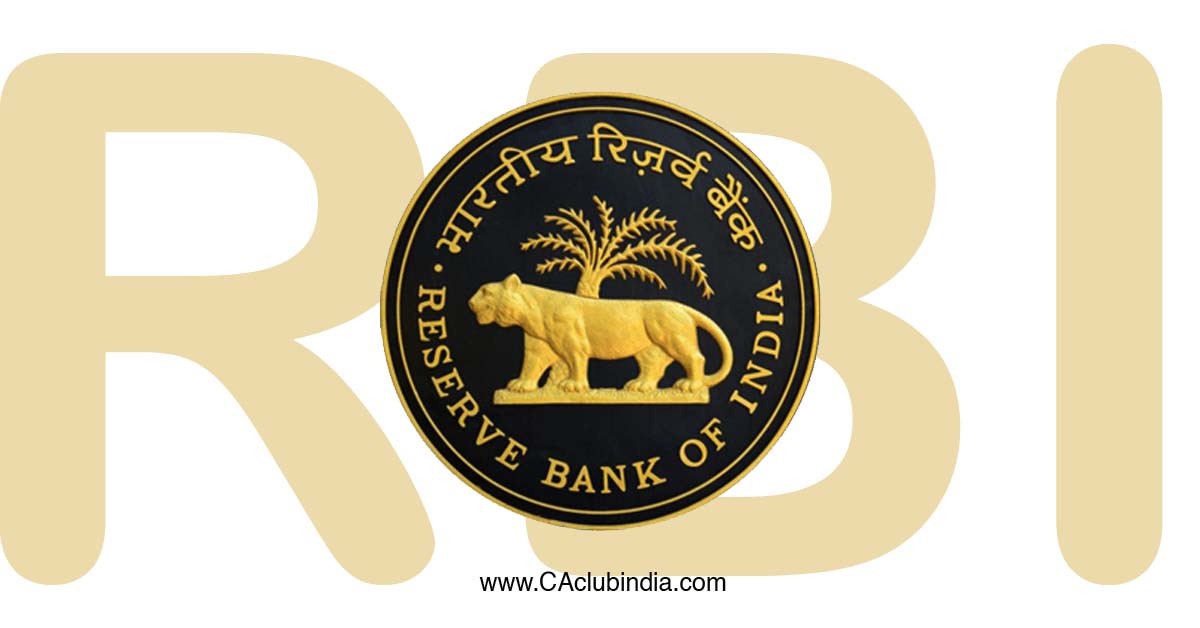 Note: Please note below-mentioned rider in the sub-section will not apply to the new stake taken either by SBI or any other bank as Central Government has no powers to remove this anomaly unless such powers are in-built in the Banking Regulation Act. The Govt May have to amend the Act in advance to give effect to such matter (prospective application of the amended law may not be appropriate)

Provided that any banking company which is on the date of the commencement of this Act holding any shares in contravention of the provisions of this subsection shall not be liable to any penalty therefore if it reports the matter without delay to the Reserve Bank and if it brings its holding of shares into conformity with the said provisions within such period, not exceeding two years, as the Reserve Bank may think fit to allow.

Point 11 from the preamble of the draft scheme: Scheme to affect any other Law

If any doubt arises in the interpretation of the provisions of the Scheme, the matter shall be referred to the Reserve Bank and its views on the issue shall be final and binding on all concerned. (It is not legally tenable)

I don't think Section 45(3)(d)(i) in Banking Regulation Act,1949 gives all-encompassing powers over all existing specific laws, in an omnibus manner, right/s to Central Govt and/or RBI individually, just to facilitate the reconstruction of a banking company, unless such power is explicitly given under the law to CG/RBI."

This observation was completely ignored and RBI went ahead with the proposal of SBI (?) with SBI holding more than 30% of paid-up stock of Yes Bank (at one go) in violation of Section 19(2) of the Banking Regulation Act.

Govt also ignored this serious concern and approved the scheme of merger hurriedly, within a few hours of its receipt from RBI. The chronology of events is given below:

The scheme of reconstruction of Yes Bank has announced on the late evening of 6th March 2020 was Friday. Comments were shot by 9th March 2020 (Monday).

One can imagine what could have been the evaluation done by RBI and examination of the proposal at MoF/Govt in this short timeline. I wonder if RBI and/or Central Govt has the power to permit the violation of the law. It is allowing police or law enforcement agencies to permit a violation as it suits it. All of us do know that RBI will not be penalized SBI for this act of holding (not even question it) as it was required to rescue Yes Bank. SBI facilitated this act (or this was thrust upon SBI don't know).

However, one may need to know whether RBI and/or Govt acted within the delegated authority and legal boundaries set by the Banking Regulation Act and the validity of this blanket authority overruling many provisions stipulated by a well-articulated Act.

In the current case, RBI could have examined the reference in the light of its actions in the recent past, could have given time to SBI to bring down the exposure within the limit (up to a certain date, as was done in cases while enactment was made effective) so that RBI would not face awkward moments in courts.

SBI may not go against this penalty levied, challenge regulator, and antagonize it but the fact remains whether the act of permitting holding Yes Bank shares (as an owner) a blatant violation was within the authority.

I am not contemplating RBI should waive the penalty in this case but wish to make members of the public know and raise concern whether the banking regulator/Govt has omnibus power to permit violation beyond the permitted boundaries of the law (In Yes Bank Case) unless specifically provided in the Act. If the law gives omnibus powers of such nature the very purpose of legislation would get defeated.