This concept was introduced to catch hold of several non-residents who do not have a permanent establishment in India but carry on business and end up declaring income under 115 A of the Income Tax Act. Particularly the intention was to catch hold of large e-commerce operators who conduct business in the digital environment and escape tax (predominantly entities from low tax jurisdiction).

The same is in line with BEPS action plan 1 in accordance with OECD rules.

The concept of equalisation levy applies to the whole of India except Jammu Kashmir.

Equalisation levy is not applicable

Equalisation levy is levied at 6% on transaction value. let me explain an illustration to explain the same.

Suppose Infosys take services from Google as regarding website related for its software in such a case for Rs 10 lakh. It is the responsibility of Infosys to deduct equalisation levy at the time of payment or credit which is earlier for Rs 60000. The amount of 940000 received by Google is exempt under 10(50) of the Income Tax Act 1961. The deduction has to be made by 7th of next month like TDS by Infosys and other regulatory requirement has to be met. This is widely regarded as google /digital tax.

Irrespective of DTAA or any other suitable provision under act equalisation levy has to be charged. 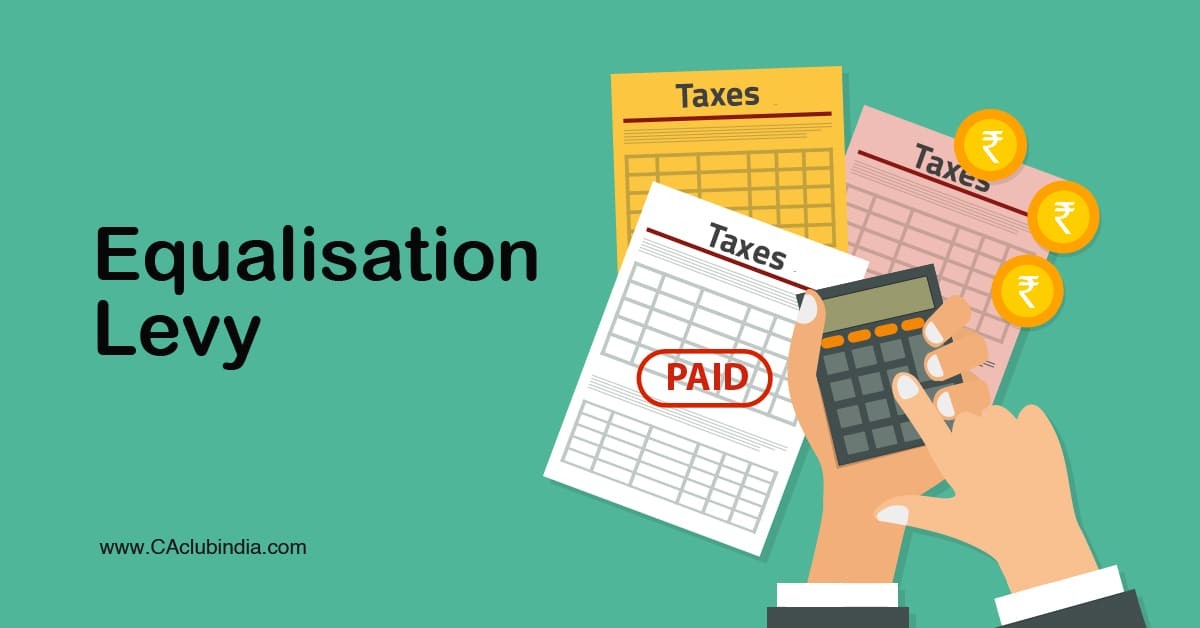 Finance act 2020 has further widened the scope of equalisation levy.

The equalisation levy will not be charged if

The international taxation scope is expanded like anything. This time a global pandemic struck the whole world. The residential status which has undergone paradigm shift is a debatable issue. Many issues will be seen through various assessments and appeals which will take place.