The 38th GST Council meeting was chaired by Finance Minister Smt. Nirmala Sitharaman on December 18, 2019. Taxpayers and tax practitioners had great expectations from the 38th meeting of the Council as there are certain issues under GST ailing the country. One change that the entire nation was expecting from this meet was scrapping off of GSTR-9 and GSTR-9C for FY 17-18. Everyone had close eyes on rates under GST as it was being talked for a very long time that the government will review certain rates under GST. 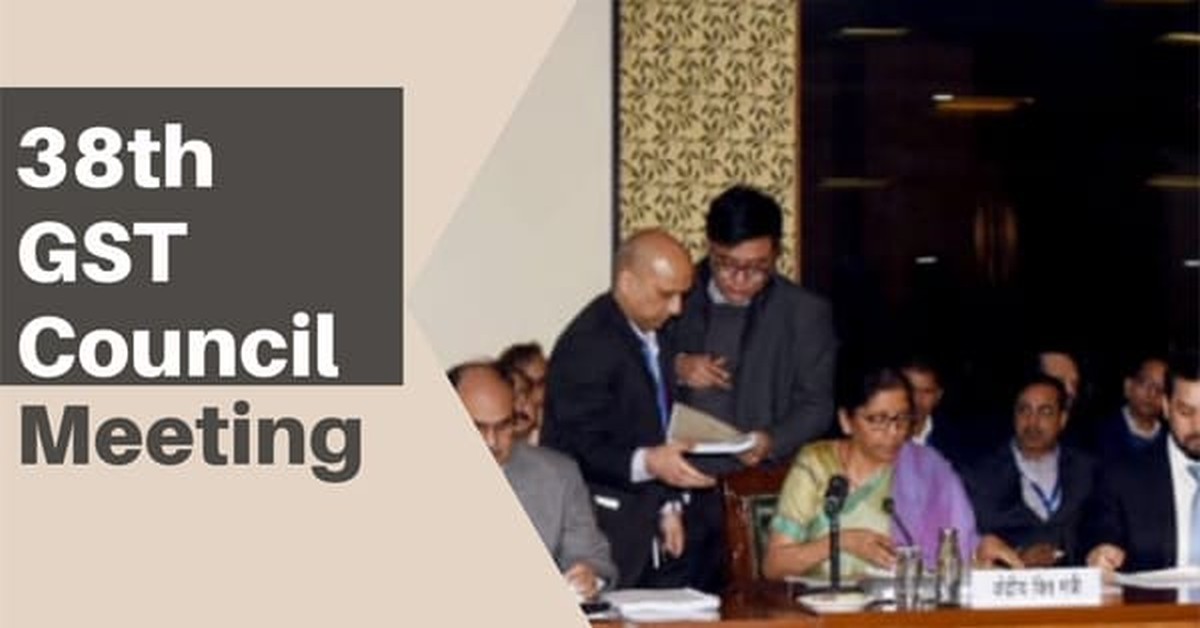 Given below are the major outcomes of the 38th GST Council Meet:

The due date for filing Annual Return in Form GSTR-9 and reconciliation statement in Form GSTR-9C for the Financial Year 2017-18 was extended to 31st January 2020. The due date of filing annual returns for FY 17-18 has been extended multiple times due to complexities in the procedure. The offline utility for GSTR-9C has not been made available yet because of which the tax practitioners had not been able to file returns. The taxpayers and practitioners were expecting that the government might actually scrape off annual returns for FY 17-18 due to complexities in the form.

2. Late fees on non-filing of GSTR-1 waived off:

The levy of late fees on non-filing of GSTR-1 has been waived off from July 2017 to November 2019 which is a relief for the taxpayers if the same are filed before 10.01. 2020. The above measure has been taken to improve the filing of GSTR-1.

3.  Blocking E-way bill for those who haven't filed GSTR-1 for 2 tax periods:

As a measure to improve filing of GSTR-1 the government has taken a measure to block e-way bill for those taxpayers who haven’t filed GSTR-1 for two tax periods.

The other decisions that were taken in the 38th Council meeting are:

2. As mentioned above the council decided to levy a single rate of GST @ 28% on both State-run and State-authorized lottery. This change shall become effective from 1st March 2020.

3. The press release of the 38th GST Council meeting read that “The Council also considered the rate of GST rate on Woven and Non-Woven Bags and sacks of polyethylene or polypropylene strips or the like, whether or not laminated, of a kind used for packing of goods ( HS code 3923/6305)in view of the requests received post the changes recommended on such goods in last meeting and recommended to raise the GST to a uniform rate of 18%(from 12%) on all such bags falling under HS 3923/6305 including Flexible Intermediate Bulk Containers (FIBC). This change shall become effective from 1st January, 2020.”

A presentation was also made on the issue of revenue, GST rate structure and compensation needs of the States to the 38th GST Council. A constructive discussion was done after the presentation which covered a wide range of issues such as measures for encouraging voluntary compliance, expanding tax base, measures to improve return filing rate rationalization and tax collection.

Are you satisfied with the outcomes of the 38th GST Council meeting? Did the outcomes meet up your expectations?