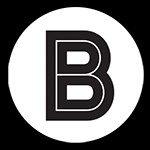 
What is a National Debt?

A National Debt is somewhat like a personal debt where the Government is borrowing instead of an individual. The rules of the game are simple. Money is borrowed which is to be paid at an interest. The government borrows on behalf of the whole nation therefore it is termed as a National Debt.

An individiual borrows to perform some activity or invest in a project which would eventually return profits so the loan along with the interest can be paid and future earnings could be pocketed. We can say that we borrow to finance our current needs which promise results in future.

Similarly the Government also needs to borrow for carrying out its extensive plans for development, public welfare etc.

The motive behind the planned expenditures may not always be profit making but public welfare. The government seeks to payback the debt through taxes and earnings from other sources.

The governments for their own financial stability rely on self and surrounding economies. It is a well-known fact that economies are not always shining. There are periods where they slow down or stagnate and the period may range from 10-15 years at once. If an economy is under debt during this period then getting revenues from within the country becomes tough, the government defaults on its payments.

When a nation is going through an economic slowdown and it is also under debt the repayment becomes difficult and they government defaults on its payments. This is mainly because investors do not release more funds and demand higher interest rates. Thus rendering a country without any monetary support this further aggravates the situation. The country opts for roll-overs. A rollover is when a fresh loan is borrowed to pay off an existing loan.

Governments can choose to implement austerity measures, forcing the country as a whole to consume and invest less than it produces, using the remainder to pay down debt.

Austerity measures are attempts to significantly curtail government spending in an effort to control public-sector debt, particularly when a nation is in jeopardy of defaulting on its bonds.

How to Avoid a Debt Crisis?

A sound economic policy is to keep the debt low so that any global meltdown or a natural calamity would not trigger a debt crisis. Now we come to that How Much debt is Too Much? Developed countries target for a debt of up to 60% of the GDP which is difficult to maintain by a poorer country so they may even hit the 100% mark.


Category Others, Other Articles by - Baljeet Singh