Decline in interest rate and decline in happiness 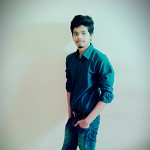 Recently, it was noticed, that interest and return on investments (For e.g. Fixed Deposit, Property and other investment tools) were continuously falling. But on the other hand, The return i.e. interest rate on Public Provident Fund, Kisan Vikas Patra, National Saving Scheme, Senior Citizen Saving Scheme was quite higher as compared to other market investment options.

Due to this, Public was inclining towards government investment scheme due to higher interest rate. Therefore, now the Government of India slashed interest rates payable on small savings including Public Provident Fund and Kisan Vikas Patra (KVP) in a bid to align them closer to market rates.

This will reduced the interest payable burden from government and it will also align return on such investments with other market investment options.

As a part of its February 16 decision to revise interest rates on small savings every quarter, the interest rate on PPF scheme will be cut to 8.1% for the period April 1 to June 30, from 8.7%, at present.

Similarly, the interest rate on KVP will be cut to 7.8% from 8.7%, according to a Finance Ministry order.

While the interest rate on Post Office savings has been retained at 4%, the same for term deposits of one to five years has been cut.

The popular five-Year National Savings Certificates will earn an interest rate of 8.1% from April 1 as against 8.5%, at present.

A five-year Monthly Income Account will fetch 7.8% as opposed to 8.4% now. Girl-child saving scheme, Sukanya Samriddhi Account will see interest rate of 8.6% as against 9.2%.

Senior citizen savings scheme of five-year would earn 8.6 per cent interest compared with 9.3%. "On the basis of the decisions of the government, interest rates for small savings schemes are to be notified on quarterly basis," the order said announcing the rates for the first quarter of fiscal 2016-17.

Five-year time deposit will fetch 7.9% interest in the first quarter as against 8.5% while the same on five-year recurring deposit has been slashed to 7.4% from 8.4%.

The government had on February 16 announced moving small saving interest rates closer to market rates. On that day, rates on short-term post office deposits was cut by 0.25% but long-term instruments such as MIS, PPF, senior citizen and girl child schemes were left untouched.

The author can also be reached at sumit.yadav544@gmail.com