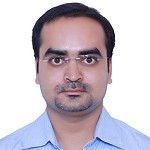 
As another big move in GST implementation series government is all set to introduce E-Way Bill for movement of goods across the country. The much talked about E-way Bill will be rolled out across the country from 1st February 2018. This will become the common transit pass for the vehicle in each state.

As of now the e-way bill system has already been rolled out in the States of Karnataka, Rajasthan, Uttarakhand and Kerala. Also few states have also rolled out their own version of State E Way bill such as UP, Bihar, Gujarat etc. However all these state E Way bills will be replaced by GST E-Way bill on or Before June 01, 2018.

However as of now it is decided to implement the E Way Bill rules in two stages i.e. from Feb 01, 2018 for inter-state movement of goods. The states can opt to follow the e-way bill system anytime before 1st June 2018 and from June 01, 2018 for inter as well as intra state movement of goods E Way bill will become mandatory. Period up to 31st January 2018 will be used as trial period for all stakeholders.

E Way Bill in a summary:

Please note: We shall analyze the rules in totality as if these are applicable to Inter as well Intra State movement. However till June 01, 2018 applicability on Intra state is left at the option of each state.

What is E-Way Bill:

As mandated by the Government in terms of section 68 of the Central Goods and Services Tax Act read with rule 138 of the CGST rules 2017 E-way Bill is a document that is required to be carried by custodian of the goods while the goods are in transit. It can be generated from the Common Portal http://e-waybill.nic.in before commencement of movement of goods.

This has been provided vide Rule 138(1) which says:

(i) in relation to a supply; or

(ii) for reasons other than supply; or

(iii) due to inward supply from an unregistered person,

shall, before commencement of such movement, furnish information relating to the said goods in Part A of FORM GST EWB-01, electronically, on the common portal.'

Analysis of above rule:

Please note E Way bill will be generated through form EWB-01. This form has Two Parts as 'PART A 'this contains information w.r.t. Goods in movement and 'Part B' which contains details of Vehicle and/or Transporter.

It is also to be noted that this sub rule only ask for 'Furnishing of Information' in Part A, however E Way bill will be generated only after filling Part A and Part B both. Therefore this is the first step. Till now E Way bill is not generated only information has been filled.

Now for the purpose of E Way bill, movement can happen in two ways:

Further there can be transaction where:

This can further be complicated by making each case as two cases considering:

In light of 138 sub rule 2 and 3, we now try to solve the puzzle by creating a matrix of all possible cases:

Special Cases where E Way Bill is mandatory irrespective of Value of consignment:

We shall cover this also through the same matrix as above to maintain the consistency in understanding:

Transporters are the main party who retains the main role in this entire show of E-Way Bill. For discharging the liability of E Way Bill a Transporter not required to have a GSTIN. Technically speaking under GST Law all transporters are required to be registered. Those who holds a GSTIN need not do anything they can discharge all their liabilities of E Way Bill by creating login through their GSTIN on E-Way Bill Portal.

However Section 35(2) read with Rule 58 makes it mandatory for all transporters who are not registered under GST to get registered by filing form ENR-01. Output of registering through this ENR-01 is nothing but Transporter ID.

This ID shall be required by every unregistered transporter after implementation of E-Way bill. Therefore practically while furnishing information in Part A of EWB-01 a person if using a transporter will mention the Transporter ID provided by his transporter. After this Transporter may login to E Way bill portal and complete the Part B of form by mentioning the vehicle number in which he is making movement of consignment covered under the form requested. Transporter will finally submit the form and generate the E-way bill number.

Please Note: Its only after filling of Part B, E Way bill can be generated.

Below is the point wise applicability on transporters:

Where an e-way bill has been generated, but:

E-way bill may be cancelled within 24 hours of generation of the E-way bill. However an E-way bill cannot be cancelled if it has been verified in transit in accordance with the provisions of rule 138B.

Validity period for an e-way bill or a consolidated e-way bill shall be based on the distance:

In case of circumstances of an exceptional nature, the goods cannot be transported within the validity period of the e-way bill, the transporter may generate another e-way bill after updating the details in Part B of FORM GSTEWB-01.

As per Rule 138A (2): 'A registered person may obtain an Invoice Reference Number from the common portal by uploading, on the said portal, a tax invoice issued by him in FORM GST INV-1 and produce the same for verification by the proper officer in lieu of the tax invoice and such number shall be valid for a period of thirty days from the date of uploading.'

This is an additional option given to registered person in case of taxable supply where a Tax invoice is issued. Using this option an IRN can be generated by filing form GST INV-1 on portal. However after generating, IRN will be valid for 30 days.

This will facilitate in two ways:

Summary of all timelines in E Way Bill:


Few Important and Must Read FAQs issued by department:

Can I use the different modes of transportation to carry the goods having the e-way bill? If so, how to update the details?

How does the taxpayer generate e-way bill with Part-A and move the goods himself later?

The taxpayer can generate EWB with or without Part-B. Sometimes, the tax payer wants to move the goods himself but wants to update the Part-B later as vehicle number is not available at that point of time. E-way bill expects the user to enter transporter ID or vehicle number. So as he wants to move the goods himself, he can enter his GSTIN as transporter Id and generate EWB. This indicates to the system that he is a transporter for that EWB.

Let us assume the goods are moving from Cochin to Chandigarh through road, ship, air and road again. First, the tax payer generates the EWB by entering first stage of movement (by road) from his place to ship yard and enters the vehicle number. Next, he will submit the goods to ship yard and update the mode of transportation as Ship and transport document number on the e-way bill system. Next, after reaching Mumbai, the taxpayer or concerned transporter updates movement as road from ship to airport with vehicle number. Next the tax payer or transporter updates, using 'update vehicle number' option, the Airway Bill number. Again after reaching Delhi, he updates movement through road with vehicle number. This way, the e-way bill will be updated with multiple mode of transportation.

How does transporter come to know that particular e-way bill is assigned to him?

The transporter comes to know the EWBs assigned to him by the taxpayers for transportation, in one of the following ways:

What has to be done, if the validity of the e-way bill expires?

If validity of the e-way bill expires, the goods are not supposed to be moved. However, under circumstance of 'exceptional nature', it can be extended by the Commissioner of the state. The procedure for the same will be notified later.

How to generate e-way bill, if the goods of one invoice is being moved in multiple vehicles simultaneously?

Where the goods are being transported in a semi knocked down or completely knocked down condition the EWB shall be generated for each of such vehicles based on the delivery challans issued for that portion of the consignment and;

How does the tax payer update his latest business name, address, mobile number or e-mail id in the e-way bill system?

EWB System in dependent on GST Common portal for tax payers registration details like legal name/trade name, business addresses, mobile number and e-mail id. EWB System will not allow tax payer to update these details directly. If tax payer changes these details at GST Common portal, it will be updated in EWB system within a day. Otherwise, the tax payer can update the same by selecting the option 'Update My GSTIN'.

The above write up has been compiled from various provisions of GST Act and notifications/circular/order issued there under. The compilation may not be entirely correct for reader to reader due to different interpretations by different readers. The readers are advised to take into the consideration the prevailing legal position before acting on any of the comments in this write up. Readers are also requested to convey the correct position as per their interpretation of the relevant provisions of law, which shall be most welcome for correcting this write up.