Analysis of the new procedure for GST - Interception of Conveyances 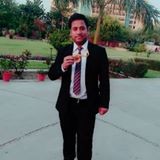 The CBIC has issued the Circular No. 64/2018 stating the Modification of the procedure for interception of conveyances for inspection of goods in movement, and detention, release and confiscation of such goods and conveyances. In these article we will see the detailed analysis of the Circular.

1. Section 68 of the CGST Act read with rule 138A of the Central Goods and Services Tax Rules, 2017 (hereinafter referred to as ‘the CGST Rules’) requires that the person in charge of a conveyance carrying any consignment of goods of value exceeding Rs 50,000/- should carry a copy of documents viz., invoice/bill of supply/delivery challan/bill of entry and a valid e-way bill in physical or electronic form for verification. In case such person does not carry the mentioned documents, there is no doubt that a contravention of the provisions of the law takes place and the provisions of section 129 and section 130 of the CGST Act are invocable. Further, it may be noted that the non-furnishing of information in Part B of FORM GST EWB-01 amounts to the e-way bill becoming not a valid document for the movement of goods by road as per Explanation (2) to rule 138(3) of the CGST Rules, except in the case where the goods are transported for a distance of upto fifty kilometres within the State or Union territory to or from the place of business of the transporter to the place of business of the consignor or the consignee, as the case may be.

3. Further, in case a consignment of goods is accompanied with an invoice or any other specified document and also an e-way bill, proceedings under section 129 of the CGST Act may not be initiated, inter alia, in the following situations:

a) Spelling mistakes in the name of the consignor or the consignee but the GSTIN, wherever applicable, is correct

b) Error in the pin-code but the address of the consignor and the consignee mentioned is correct, subject to the condition that the error in the PIN code should not have the effect of increasing the validity period of the e-way bill;

d) Error in one or two digits of the document number mentioned in the e-way bill;

e) Error in 4 or 6 digit level of HSN where the first 2 digits of HSN are correct and the rate of tax mentioned is correct;

f) Error in one or two digits/characters of the vehicle number.

4. In case of the above situations, penalty to the tune of Rs. 500/- each under section 125 of the CGST Act and the respective State GST Act should be imposed (Rs.1000/- under the IGST Act) in FORM GST DRC-07 for every consignment.

5. A record of all such consignments where proceedings under section 129 of the CGST Act have not been invoked in view of the situations listed in paragraph 3 above shall be sent by the proper officer to his controlling officer on a weekly basis.