Who can file an application? Once the application has been filed by the applicant to Authority for advance ruling the applicant cannot seek remedy to the various authorities under Income tax like an appellate tribunal or other authorities. To put it short only one remedy can be sought.

Applicant has been defined under this act as follows

Non-resident - A transaction that is undertaken or proposed to be undertaken. 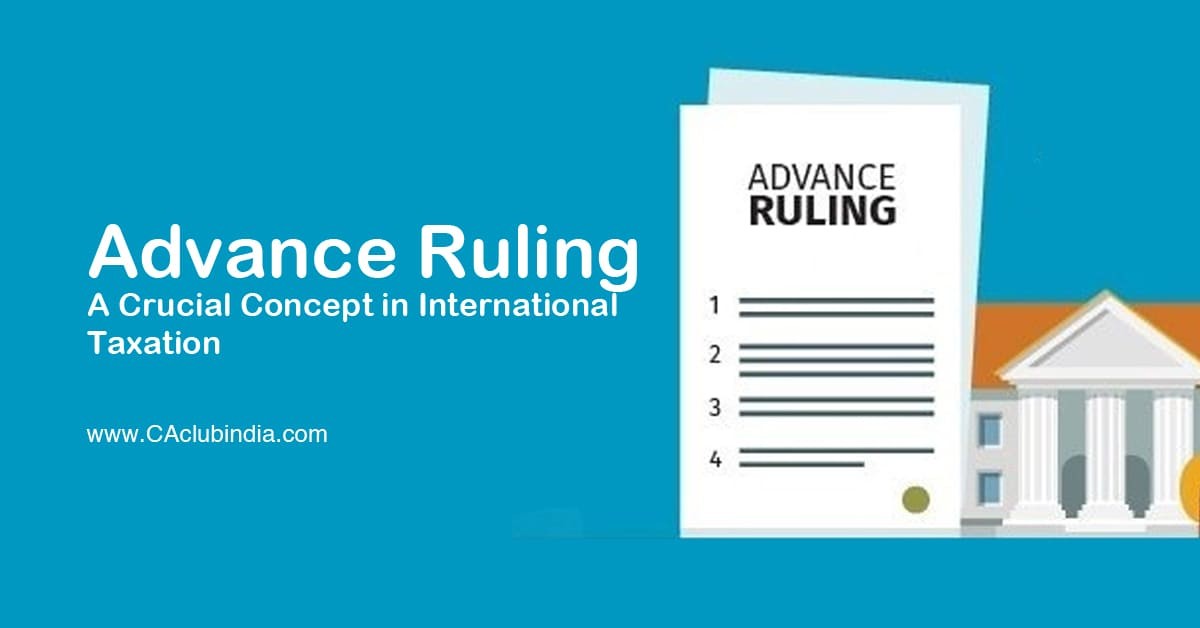 Resident - Tax liability arising out of resident with non-resident and such determination involves a question of law or fact specified in the application.

Resident of persons notified by central government -  However, as per notification, a resident arising in respect of tax liability in respect of one or more transactions is 100 crores or more.

Resident of the person notified by central Government - A  resident in respect of an issue in relation to computation of the income tax which is pending before various authorities under Income tax and such determination involves the question of law or fact. (PSU has been notified).

The fees payable to authority for advance ruling is as follows

The advance ruling shall be binding on

However, the case law of CIT vs P Sekar Trust (2010) 321 ITR 305 lays down an exception to this rule. Even though the law is clear that advance ruling is only applicant specific transaction specific. It this case law states that it is applicable on other applicant transaction

Section 245 T (advance ruling to be void in certain cases)

However, a resident (public sector undertaking) or class notified by the central government can seek advance ruling if the same is pending before a court/tribunal.

3) Transaction designed for the avoidance of tax

However, a resident or public sector undertaking or even non-resident can seek whether such a transaction was proposed to be undertaken for impossible arrangement.

As the government has introduced e-assessment in a faceless manner even advance ruling is getting covered in this. This would be involving complexity in the initial phase but would get settled in a phased manner. An interesting case law is described below to conclude:

In this case, it was held that foreign company application where it raised before the authority for advance ruling is not pending merely on the ground that Indian company had raised an issue to the income tax authority. The Indian company not for the foreign company with whom it had transactions had sought clarification to assessing the officer but with a view to benefiting the other party.

Therefore based on judicial ruling the authority for advance ruling cannot reject the application.