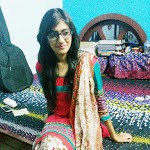 
The Ministry of Corporate Affairs, on 10th May, 2019,  revised the Companies (Incorporation) Fifth Amendment Rules, 2019 majorly amending Rule 8: Names which resemble too nearly with name of existing company.

As this is one of the common issues Companies are facing these days due to rejection of Proposed names due to some minor errors in the Names. For providing ease and clarifying various doubts regarding the rule 8, MCA has taken this step by substituting the old rule with the new one and by providing the stakeholders with various illustrations in order to understand the rule in a better sense.

Following are the matters that shall be ignored while comparing the proposed name with any of the existing names:

Illustrations of the above mentioned cases:

As per Rule 8A, the name shall be considered undesirable, if any of the following situations happen:

[Note: The same shall be allowed if the applicant produces any proof of significance of business relations with such foreign country like MOU with any company of such country]:

[Note: The name combining the name of a foreign country with the word India shall be allowed if there is a government to government participation or patronage]

[Note: The applicant shall declare whether he is using or has been using in the last 5 years, the proposed name in any other business constitution like Sole proprietor or Partnership or any other incorporated or unincorporated entity and provide details of the same along NOC from other partners and associates for use of such name and also a declaration as to whether such other business shall be taken over by the proposed company or LLP or not.]

Rule 8B: Word or expression which can be used only after obtaining previous approval of Central Government: