1. Lockdown will continue in India's metropolitan cities like Mumbai, Delhi, Chennai, Kolkata, Hyderabad, Bengaluru and Ahmedabad even after the government relaxes restrictions from May 4. The latest list released by the Union Health Ministry shows that all these cities fall under the red zone areas with a large number of cases.

2. The Union Health Secretary Preeti Sudan has sent a letter to the chief secretaries of all states and union territories grading districts in three categories, red, orange and green. There are 130 red zones, 284 orange zones and 319 green zones in the country.

3. The Union Home Ministry is working on a new set of restrictions which will allow for at least some non-essential economic activity to resume in the green zones, according to a tweet put out by the Ministry's spokesperson.

4. The district wise break up comes as the number of cases in India rose to 35,043 on Friday morning. 1,147 have succumbed to the respiratory illness so far.

States with most number of red zones: 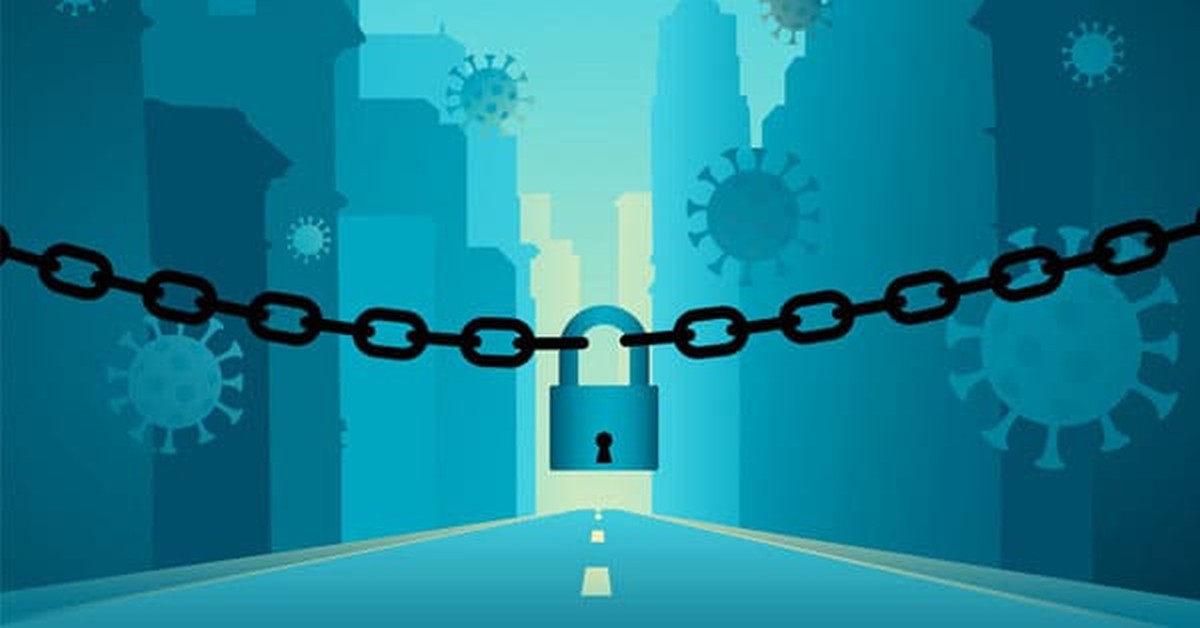 6. Karnataka's two main cities - Bengaluru and Mysuru also fall under the red zone. The Union Health Secretary has reiterated the need to initiate all necessary action in the red and orange zones to contain the spread of the virus. She has also called for a buffer zone to be created around these areas. The containment plan includes:

• Establishing clear entry and exit points
• No movement except medical emergencies and essential goods and services
• No unchecked influx of population
• Active search for cases through house- to-house surveillance, testing of all cases, contact tracing and clinical management of all confirmed cases.

7. If one or more of these zones have reported no cases for last 21 days, they can be considered one level lower in zonal classification, Sudan said in the letter. District authorities should, however, exercise due caution in such areas. “The list will be revised on a weekly basis or earlier and communicated to states for further follow-up action in consonance with the directions issued by Ministry of Home Affairs under the Disaster Management Act, 2005," Sudan added in the letter.

8. Inter-district movement of individuals, vehicles to be allowed in orange zone

In Orange Zones, inter-district movement of individuals & vehicles will be allowed for permitted activities only. Four-wheelers will have a maximum of 2 passengers besides the driver & pillion riding will be allowed on two-wheelers: Ministry of Home Affairs

9. A limited number of activities will remain prohibited across India: MHA

A limited number of activities will remain prohibited across India, irrespective of the zone, including travel by air, rail, metro & inter-State movement by road; running of schools, colleges, & other educational & training/coaching institutions. In Orange Zones, in addition to activities permitted in Red Zone, taxis & cab aggregators will be permitted with 1 driver & 1 passenger only: Ministry of Home Affairs

MHA also issued new guidelines to regulate different activities in this period, based on the risk profiling of the districts of the country in Red (hotspot), Green and Orange Zones.

13. The local authority shall ensure 100% coverage of AarogyaSetu app among the residents of the Containment Zone. Containment Zones would have intensified surveillance protocols, with contact tracing, house to house surveillance, home/ institutional quarantining of persons based on their risk assessment, and clinical management. Strict perimeter control would need to be ensured, so that there is no movement of people in and out of these Zones, except for medical emergencies, and for maintaining supply of essential goods and services. No other activity is permitted within the Containment Zones.

14. The new guidelines also prescribe certain measures for well being and safety of persons. Hence, movement of individuals, for all non-essential activities, shall remain strictly prohibited between 7 pm to 7 am. Local authorities shall issue orders under appropriate provisions of law, such as prohibitory orders [curfew] under Section 144 of CrPC, for this purpose, and ensure strict compliance.

15. In the Red Zones, outside the Containment Zones, certain activities are prohibited in addition to those prohibited throughout the country. These are: plying of cycle rickshaws and auto rickshaws; running of taxis and cab aggregators; intra-district and inter-district plying of buses; and, barber shops, spas and saloons.

16. Certain other activities have been allowed in the Red Zones with restrictions. Movement of individuals and vehicles is allowed only for permitted activities, with a maximum of 2 persons (besides the driver) in four-wheeler vehicles, and with no pillion rider in the case of two-wheelers. Industrial establishments in urban areas, viz., Special Economic Zones (SEZs), Export Oriented Units (EOUs), industrial estates and industrial townships with access control have been permitted

18. Most of the commercial and private establishments have been allowed in the Red Zones. These include print and electronic media, IT and IT enabled services, data and call centres, cold storage and warehousing services, private security and facility management services, and services provided by self-employed persons, except for barbers etc., as mentioned earlier.

21. All goods traffic is to be permitted. No State/ UT shall stop the movement of cargo for cross land-border trade under Treaties with neighbouring countries. No separate pass of any sort is needed for such movement, which is essential for maintaining the supply chain of goods and services across the country during the lockdown period.

23. No separate/ fresh permissions will be required from authorities for activities already permitted to operate under the guidelines on Lockdown measures up to May 3, 2020. The Standard Operating Protocols (SOPs) issued by MHA will continue to operate such as transit arrangement for foreign national(s) in India; release of quarantine persons; movement of stranded labour within States/ UTs; sign-on and sign-off of Indian seafarers, movement of stranded migrant workers, pilgrims, tourists, students and other persons by road and rail.

24. State/ UT Governments are mandated to strictly enforce the lockdown guidelines and they shall not dilute these guidelines issued under the Disaster Management Act, 2005, in any manner.