15 Important works of GST to be done on March ending!


Arjuna (Fictional Character): Krishna, this is the last month of the financial year 2017-18. So many changes were made in taxation of the current year. So now in March 2018, what precautions the taxpayer needs to take in respect of GST?

Krishna (Fictional Character): Arjuna, This financial year was an important one. Many important changes in the indirect taxation have been made in this year. Now as march end is appearing, a New financial Year, to do the business without any discrepancy, all the adjustment should be done in March itself. GST is a new Act. So to do the business without any problem in new financial year 2018-19, all rectification in the books of accounts should be done before 31st March, 2018.

Arjuna: Krishna, what 15 points you think on which the taxpayers should pay attention at the end of financial year? 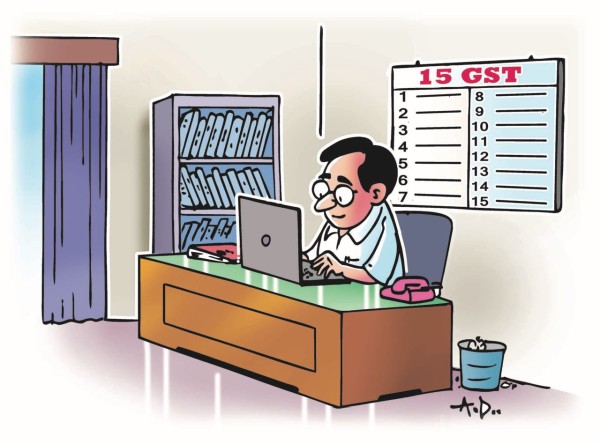 1. Reversal of Input tax credit - As per the rules of Input tax credit, after issuance of tax invoice if receiver does not made the full payment of amount within 180 days then the credit taken on that invoice is to be reversed. And whenever the payment is made, the receiver can take the credit of the amount. Therefore the aging analysis of the debtors and creditors is to be done. all old invoices issued before 1st October, 2017, should be paid before 31st March 2018.

3. Reconciliation - All the taxpayers should reconcile the cash ledger, credit ledger and liability ledger with their books of accounts. All the entries should be done before the year end. Also debit note, credit note, rate difference, discount, etc also to be reconciled.

5. New series for tax invoice - If anyone wants to change the series for billing in the new year, then he can do that from 1st April. New numbering should be started form 1st April.

9. Form GST TRAN 2 - The taxpayers who have filed the TRAN 1 and have taken the credit of Excise duty paid, without any documents, they have to file the details of outward supplies for six months in TRAN 2 before 31st March 2018 for availing 40%/ 60% credit.

11. Refund - As in Maharashtra VAT, there was a provision of refund for excess input tax credit, there is no such provision in GST law. Excess credit needs to be carried forward compulsorily.

Arjuna: Krishna, What lesson the taxpayer should take from this?

Krishna: Arjuna, All the taxpayers should complete their pending work before 31st march. The taxpayers, who are liable to make payment, should do the payment on time. Everyone should follow the correct tax system from this new financial year. So, pay the tax as per provisions of the Act. Otherwise taxpayers will have to face consequences in the future.