GST coming soon as stated by FM in Budget speech 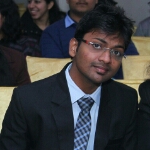 On 1st Feb, 2017, The Hon’ble Finance Minister Arun Jaitley Ji presented his 4th Union Budget. The Budget for 2017-18 contains three major reforms. First, the presentation of the Budget has been advanced to 1st February to enable the Parliament to avoid a Vote on Account and pass a single Appropriation Bill for 2017-18, before the close of the current financial year. Second, the merger of the Railways Budget with the General Budget is a historical step. Third, it has done away with the planned and non-planned classification of expenditure. This will give a holistic view of allocations for sectors and ministries. This would facilitate optimal allocation of resources. About the key approach of Budget 2017-18, Hon’ble Finance Minister in his speech has stated as under:

“16. My overall approach, while preparing this Budget, has been to spend more in rural areas, infrastructure and poverty alleviation and yet maintain the best standards of fiscal prudence. I have also kept in mind the need to continue with economic reforms, promote higher investments and accelerate growth.”

The main focus of the budget in Indirect Tax was -

On 1st February, I was very excited to listen about Indirect tax Amendments. I woke up early in the morning at 6:00 AM and completed all my work and was in my office at 10:30 AM. I logged into my YouTube account and started watching live speech of Hon’ble Finance Minister Arun Jaitley Ji, I was listening him very carefully and was noting down all the important points and finally, it was time when they were about to announce amendments in Taxation. I heard that there were no requirements of major changes in the area of Indirect tax as GST will be implemented soon. Whole India is waiting for GST. Currently, India has a dual system of taxation of goods & services, in a sense that tax on activity of manufacture and provision of service is collected by Union Government and that on sale of goods is collected by State Government. These all taxes are going to be subsumed in a single name i.e. GST. Although it was expected that there will be no major amendments in Indirect Tax but I was excited to know about the amendments. I was planning that when all the amendments will be completely announced; I will write up an article on Indirect tax amendments and will submit it in ICAI for publishing in “CA Student’s Journal”. But I could not do the same as the budget was concluded with no major changes in Indirect Tax. For no major changes & soon implementation of GST, The Hon’ble Finance Minister Arun Jaitley Ji stated in his speech as under:

“179. Centre, through the Central Board of Excise & Customs, shall continue to strive to achieve the goal of implementation of GST as per schedule without compromising the spirit of co-operative federalism. Implementation of GST is likely to bring more taxes both to Central and State Governments because of widening of tax net. I have preferred not to make many changes in current regime of Excise & Service Tax because the same are to be replaced by GST soon.”

III. Vote of Thanks to all the members of both the Houses for their support in Constitution Amendment regarding GST.

Introduction of Goods & Service Tax (GST) in India required an amendment in the Constitution of India to bring concurrent powers to both the Central & State Government so that both the Government could make law & impose GST on transaction of supply of Goods and Services. For this, The Constitutional (One Hundred and Twenty Second Amendment) Bill, 2014 introducing GST received the assent of the President on 8th September, 2016 and the same has been notified as the Constitution (101st Amendment) Act, 2016. For the said amendment in the Constitution, The Hon’ble Finance Minister Arun Jaitley Ji thanked all the members of both the houses in his speech as stated under-

“10. In the last one year, our country has witnessed historic and impactful economic reforms and policy making. In fact, India was one of the very few economies undertaking transformational reforms. There were two tectonic policy initiatives, namely, passage of the Constitution Amendment Bill for GST and the progress for its implementation; and demonetization of high denomination bank notes. The advantages of GST for our economy in terms of spurring growth, competitiveness, indirect tax simplification and greater transparency have already been extensively discussed in both Houses of Parliament. I thank all Members of both the Houses for having passed the Constitution Amendment unanimously. I also thank the State Governments for resolving all relevant issues in the GST Council.”

The Draft Model GST Law was placed on Public portal by Government of India on 14th June, 2016 inviting various comments and suggestions and once again Government placed Revised Model GST Law on 25th November, 2016 with the clear intention of implementing GST by April, 2017 which will be applicable to whole of India. The Country is eagerly waiting for roll-out of GST but this is a mammoth task before the government that is to be achieved within the target date of April, 2017. Task towards implementation of GST will take our country into a new tax regime and shall also result in generating more employment opportunities and also help all the business sectors to grow.