Why not print Unlimited Money? - Why is it Impossible?


Why not print unlimited money?

Money can be defined as any object that is used as a payment medium for goods and services.

With the progress of mankind, money has evolved from pebbles to paper currency, from paper to plastic currency and from plastic to digital currency and bitcoins.

Be it in whatever form, the main purpose has remained the same as an exchange medium for goods and services and a value store.

If money makes the world go round, why not print and distribute it to everyone? If the poor are poor, why not make ‘em rich by printing and giving them money as they want? Such questions easily arise in everyone’s mind.

Looking at the current economic scenario and the situation of poverty worldwide a question that obviously comes to our mind is that why does not the government print unlimited money and distribute it among the poor and needy so that the disparity in income totally disappears.

Since money gives purchasing power to people, they shall purchase goods and services which In return will bring demand led growth in the economy.

By printing the requisite amount of money, the poor shall no longer remain the poor and poverty will totally be eradicated from the face of this world.

Rosier it may sound, but this is not the case.

Had this been the case the fulcrum on which the economy of the world stands shall shake up. Here are the reasons why it is economically, theoretically and practically not possible to print unlimited amounts of money.

Wants are unlimited but means to satisfy them are relatively less or limited.

In our economics classes we were taught that human wants are unlimited. Desires emerge in the minds of a human being and culminate into want for a product. Now if we assume that government prints unlimited money and brings it into circulation by distributing it to people, the disposable income of people will increase and everyone would try to fulfill there demand.

Now, although the spending power of people will increase, the means to fulfill this demand will not, in any scenario, increase beyond a particular threshold.

People will start demanding products and there will be a manifold increase in total demand for all the products.

Let us suppose that a person who has a hypothetical yearly disposable income of rs 10000.

If all of a sudden he gets Rs 100000 which is 10x his disposable income, he will very likely pay off his debt and whatever surplus remains with him , he will likely spend his money on social needs , luxuries and self esteem as is propounded by Herzberg 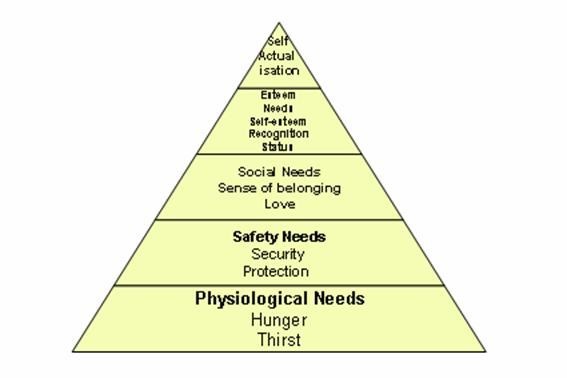 When millions of people act similarly, this will result in an infinite increase in demand for all the products. Productive capacity remaining largely limited and a total cap on maximum probability of increase in productive capacity, the resultant situation will be of total chaos and a situation where individuals will struggle to acquire everything possible.

Monetary Supply in any economy has to go in tandem with the economic activity and productivity in the economy. In an economy that is growing at a normal rate with lower inflation, rate of increase in money supply increases in proportion to the overall economic activity.

Now if there is an increase in total money supply through unlimited printing of money,There will tremendous pressure on other factors of production so that there will be inflation.Inflation is defined as the ‘general increase in price over a period of time’.

In inflationary growth, what can be purchased with a unit of currency decreases over a period of time ……Thus the unit looses its purchasing power and this is what is called as the real value or real worth of money….. 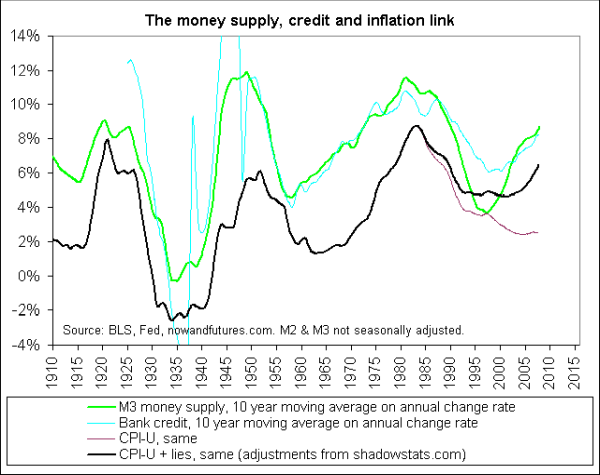 From the above graph it is quite visible that there is a direct correlation between the rate of currency printing and inflation. Thus it can be concluded that beyond a certain level , excessive money supply leads to inflation. Central Banks control this by sucking out excessive liquidity in the system through various monetary and non monetary tools. Thus there is a difference between money and ‘Hot money’…….Hot money leads to speculation

Inflation can and does lead to hyperinflation.

In an economy predominantly dependent upon investments and hot money there are wild swings in growth rate and monetary cycles. In such a situation, Central banks print more money to offset a sudden shortfall in such investments. These were the one of the reasons that led rise to the Asian Financial crises.

Continuous inflation can lead to hyperinflation. Very high inflation leads to loss of confidence in the domestic currency.

The Indian accounting standard 24 issued by the Institute of Chartered Accountants of India defines a hyperinflationary situation as follows:

Money loses purchasing power at such a rate that comparison of amounts from transactions and other events that have occurred at different times, evenwithin the same accounting period, is misleading.

In this age of technology where people are becoming more pro active and react to the developments in the socio economic scenario , prolonged inflation can lead to domestic turbulence and uprising. Hyperinflationary conditions are more likely to occur in case of economies that are suffering continuous warfare and domestic problems.

In hyperinflation money looses all its worth and there is a capital flight from the home country and people are less willing to hold assets in domestic currency,

This further  adds to the domino effect and furthers the effect of this to the other parts of economy and the resultant situation is a total mess where central banks are forced to print money in exotic denominations.

The case of Zimbabwe, Weimar republic and other cases.

Zimbabwe is the first country in the recent period to have underwent hyperinflation. Years of excessive money printing without underlying economic growth have resulted into hyperinflation.

The situation has worsened so much that the Zimbabwean government was forced to print hundred trillion dollar notes which could still not buy a packet of bread or eggs in the period of 1970’s- till now.

A similar situation was encountered in Weimar republic during the first world war when the german mark underwent a rapid devaluation and lead to an inflation rate of over 1000 % in real terms.

Only 10 % or less of total worldwide assets are cash denominated

Lastly, only 10 % of assets in the world are cash denominated or held in cash. All other assets are mere virtual or intangible in nature like government bonds and guarantees.

In an interesting situation , when cash denominated assets reached a high threshold in Weimar germany and people refused to purchase assets due to inflation and uncertainty , they hoarded cash as a safety measure which resulted into a deep and scathing recession during the early twentieth century.

Thus it can be concluded that printing money cannot solve the root economic problem.