Why GST in India is unique? 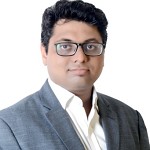 France was the first country which introduced a comprehensive GST Regime in 1954.

GST rates in various countries ranges from 5 per cent to 25 per cent. At present, GST has been adopted by more than 150 countries around the globe.

The GST Journey in India has been long. Almost 17 years!! However, now it seems that GST will finally see the light of the day on 1st July, 2017.

As the law gets finalised, it has become very certain that GST in India is unique in its own way.

Many countries in the world have a single unified GST system i.e. a single tax applicable throughout the country.

However, in countries like Brazil and Canada, a dual GST system is prevalent whereby GST is levied by both the central and state governments. India has adopted dual GST system.

For a long time it has been contested that GST will be a single tax. However, it is now very clear that "Single Tax" in a nation like ours is just a myth.

GST in India is going to be fourfold, i.e. there will be four different types of GSTs -

Let us understand with a diagram, which tax is to be levied when - 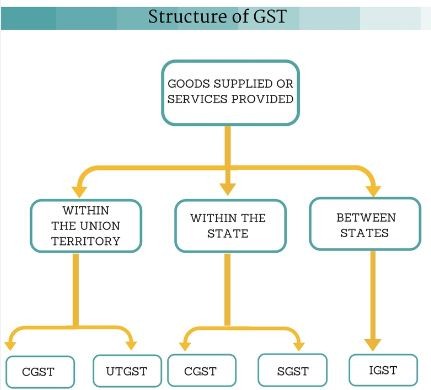 It is worth noting that concept of UTGST will come into play only when the transaction happens within a union territory "without legislature".

Union territories without legislature mean union territories administered directly by president of India or any other person appointed by him. They are Andaman and Nicobar Islands, Chandigarh, Dadra and Nagar Haveli, Daman and Diu and Lakshadweep.

Further, there are specific provisions for allowance of credit- 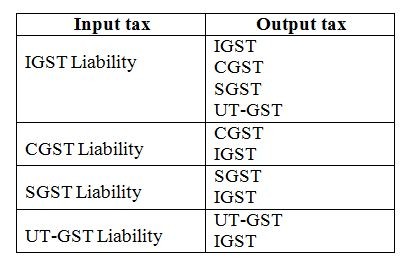 Further, SGST/UT-GST tax credit of one state cannot be used to pay

SGST/UT-GST of another state/union territory. For e.g., SGST Tax credit available of Maharashtra state cannot be used to set off SGST liability of Gujarat State.

Whether, credit of CGST paid in one state will be available for payment of CGST of another state is still not clear. In my opinion, the way the law has been drafted ideally it should be available.

In GST, every Business to Business (B2B) Invoice will be cross matched with the filing done by counter party.

This purchase entry will be cross verified with the sales entry submitted by Mehta enterprises in its return. If it does not match the mismatch will be communicated to both parties.

If the mismatch is not resolved in 60 days the Input Tax Credit taken by Shah Traders on purchase will be reversed.

All this will be automated with minimum manual intervention.

Further, if tax is not paid by the supplier the purchaser's input tax credit will be automatically reversed.

Hence, purchasers will have to play the role of recovery officers of the government. Because until and unless their suppliers have filed accurate returns and have paid the tax the purchasers’ input tax credit is at stake.

This demands a lot of discipline from Indian Businesses. As Finance Minister had commented in his budget speech this year, "India is largely a non-compliant society". It seems such reforms are stepping stones of a compliant society.

I will not be surprised if other countries will follow India and introduce invoice matching in their compliance systems.

The author is partner/leader-Indirect Tax at S.K.Rathi & Co., and a Consultant for SahiGST and can also be reached at jigar.shah@skrathi.com