Why co-operative societies need not file IT return? 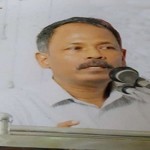 
There is no reason why a co-operative society should file income tax return. We may examine the provision In the Income Tax Act 1961 which requires a person to file return of income.

if his total income or the total income of any other person in respect of which he is assessable under this Act during the previous year exceeded the maximum amount which is not chargeable to income-tax, shall, on or before the due date, furnish a return of his income or the income of such other person during the previous year, in the prescribed form and verified in the prescribed manner and setting forth such other particulars as may be prescribed'.

Now we may find out what the word 'person' means. According to Section 2 (31) of the Act:

(i) an individual,
(ii) a Hindu undivided family,
(iii) a company,
(iv) a firm,
(v) an association of persons or a body of individuals, whether incorporated or not,
(vi) a local authority, and
(vii) every artificial juridical person, not falling within any of the preceding sub-clauses.'

Even though the definition is inclusive and not exhaustive i.e. any other Person can also be included under the definition of Person under Income Tax Act, Government has not notified 'co-operative society' as 'person'. A co-operative society cannot be treated as an 'Individual' or a 'Hindu undivided family' or a 'Company' or a 'Local authority'. So the question is whether a 'co-operative Society' can be considered either as an 'Association of Persons or a Body of individuals' or as an 'Artificial juridical person'.

Is a 'Co-operative Society' an 'Association of person'?

Some of the tax experts as well as Department officers hold that co-operative societies are treated as 'Association of persons' (AOP) for the purpose of the Act. This interpretation is wrong for several reasons. Firstly, the Statute does not permit for such classification. Secondly, the income tax rate of a Co-operative society is different from that of AOP. AOP is exempted from tax for the income up to Rs. 2,50,000/- whereas there is no exemption for a Co-operative Society.

More over Sections 80A, 40 (ba), 67A, 167B etc. of the Income Tax Act 1961 which have direct implications on AOP have little relevance in the case of Co-operative society.

'10. In the light of the discussion above, we hold that the assessee cannot be assessed in the status of an AOP and we would, therefore, modify the order of the CIT (A) insofar as it relates to the status of the assessee'.

Is the co-operative society an Artificial juridical person?

Artificial juridical person is not defined in the Income Tax Act 1961. Universities, Public corporations etc.  established under special Act of legislature and a body having juristic personality of its own are known to be Artificial Juridical Persons. These entities are statutory bodies and can sue or be sued in any court of law. Co-operative societies are not creatures of statute but registered under statute viz. Co-operative Societies Act. Co-operative Societies cannot sue or be sued in its own name.

Hon'ble Supreme Court in the decision reported in (ILLachi Devi (dead) by LRs and others vs. Jain Society, Protection of Orphans India and others (2003) 8 SCC 413 had held that a Society is not a juridical person in as much as these entities cannot be prosecuted in criminal court nor is it capable of ownership of any property or of suing or being sued in its own name. Even though the Apex Court was referring to a Society registered under Societies Registration Act 1860 the observation in the decision is equally applicable to a Co-operative Society registered under Co-operative Societies Act as held by Hon'ble High Court of Madras in the judgment dated 10-06-2010 in the case Tamil Nadu Technical Education Department Staff Co-operative House Building Society vs. Secretary to Government of Tamil Nadu.

Co-operative Society not being any of the entity mentioned in the definition of 'Person' within the meaning in Section 139 (1) of Income Tax Act 1961 is not bound to file return of income tax. Co-operative Society shall not be treated as 'Person' in as much as in taxation law there is no room for presumption or assumption as observed   in the case of Cape Brandy Syndicate v. IRC [1921] 1 KB 64 delivered by Rowlat. J. which was as follows:-'In a taxing statute one has to look merely at what is clearly said. There is no room for any intendment. There is no equity about a tax. There is no presumption as to a tax. Nothing is to be read in, nothing to be implied. One can only look at the language used'. The Hon'ble Supreme Court of India applied the aforesaid rule of construction in the case of CIT vs. Ajax Products Ltd. [1965] 55 ITR 741 and observed that the subject is not to be taxed unless the charging provision clearly imposes the obligation. Hon'ble Apex Court has followed the said view in various occasions.

Even if co-operative societies are treated as a 'person' mentioned in the Act in any way, most of these   societies need not file return of income in view of the provisions contained in Section 139 (1) and Section 80 (P).

As per Section 139 (1) of the Income Tax Act 1961 a person shall furnish income tax return only if his total income exceeded the maximum amount which is not chargeable to income-tax.  According to Section 80 (P), in the case of  a co- operative society, there shall be deducted, the sums specified in sub- section (2), in computing the total income of the assessee. (Details of deduction u/s 80P are not discussed at length here).

Further, Section 80A which is as follows supports this view:

'Section 80A Deductions to be made in computing total income

(1) In computing the total income of an assessee, there shall be allowed from his gross total income, in accordance with and subject to the provisions of this Chapter, the deductions specified in sections 80C to 80U.

Thus, if the total income computed after deduction under section 80P is nil such Co-operative societies need not file return of income u/s 139 (1). It is to be noted that Section 80 A (5) which states that  where the assessee fails to make a claim in his return of income for any deduction under section 10A or section 10AA or section 10B or section 10BA or under any provision of this Chap­ter under the heading "C. - Deductions in respect of certain in­comes", no deduction shall be allowed to him there under, has no relevance here in as much as Section 80 A (1) relates to computation of total income which is mandatory irrespective of the fact that the assessee have filed income tax return or not whereas  Section 80A(5) speaks of allowance/disallowance of claim for deduction u/s 80P of the Income Tax Act 1961.