Understanding the importance of the Chinese Economy


In the modern world particularly after World War-II, Economic development overtook all other issues. Everybody wants BMW to ride. Unlike in the ancient and medieval era of the human civilization, when the power used to be judged by the size of your empire, in today’s era, it is the size of your economy which determines your relevance in the world stage. So no doubt that Modern Nations are working day to night to expand the size of their economy instead of their geographical boundaries. In today’s era, none are permanent friends and none are permanent enemies in the world. New friends are being made and old friendship are being sacked depending upon your economic interest associated with any particular country. China and South Korea have seen period of bitter relations just few decades ago but today both are good friends or more specifically, they have huge economic dependencies on each other and hence they forgotten their dark past relations like role of China in creating and building North Korea, a nightmare for the South Korea etc. and joined shoulders together for the mutual economic benefits of each other. Another example could be of Japan and China like how Japan bombed several Chinese Cities, destroyed its infrastructure, killed lakhs of Chinese Civilians and army people etc., but today Japan and China and one of the largest trading partners of the world. There are countless other examples which proves that the pole of the earth now shifted to Economy. 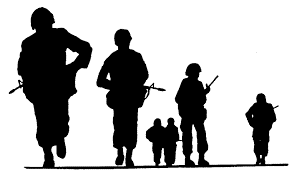 So, in this article we would try to discuss how important is the Chinese Economy for the world from a general understanding point of view without going into technical aspects. One thing is for sure that China is big, way too big both geographically and in very short duration, approx. 50 years, economically. So we would try to compare China with the rest of the world on the following 6 most fundamental and critical parameters and try to see what influence China holds in these areas. The parameters are: 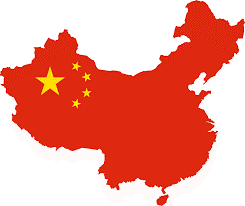 As we know that the size of any economy is determined by a measure called ‘gross domestic product’ or GDP for short. GDP is nothing but the final value of all goods and services produced within the geographical boundaries of any country in any given year. GDP has a direct link with the prosperity of the nation. The higher the GDP of the citizens of any country, the better the living standard they are living with and vice versa. Today the estimated GDP of the world is some around $78 Trillion. This means the final cumulative monetary value of all goods and services produced in the world is approx. $78 Trillion per year. Look at its broad break up: 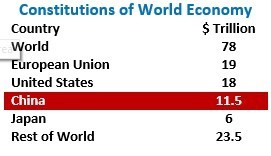 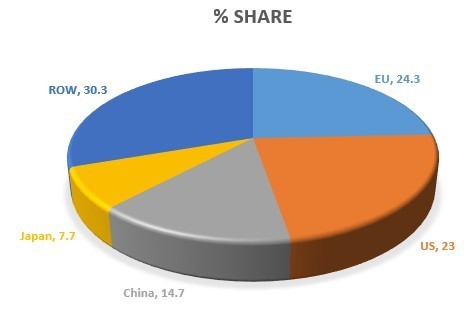 So as we can see, China individually accounts for almost 15% of the world economic output. This makes China second most significant country after the United States, for the world. China uses this as a tool to negotiate deals in its favor from the other countries as well as from the international institutions. Now as we can see that since around 15% of the world’s goods and services are attributable to China, any sign of depression in Chinese Economy puts dark clouds into the entire world economy and creates panic worldwide.

It is the banks which makes money available for creating, sustaining and expanding the economic activities. Banks funds large infrastructural projects like railroads, roadways, port 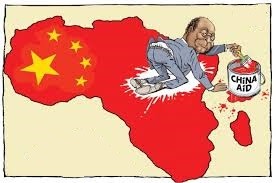 ways, air ways, canals, urban infrastructure etc. which are the backbones of any country, thereby letting foundations for the growth of generations. The size of the banks are directly affected by the size of the economy. We tried to look at some of the largest banks of the world by the assets (mostly loans and advances provided by the banks) they control and the findings are surprising.

So Chinese are everywhere. They constructed roads connecting African countries, railroads connecting different continents and what more. Now most of my Chartered Accountant friends will immediately raise the issues like Shadow Banking, NPA Ratio, and Quality of Assets under control etc. As I said in beginning, we won’t go into very deep technical aspects.

There is an old saying that trade makes everybody happy. Well this is true to a large extent. As the trade is the only way of lifting mass population from the cycle of extreme poverty hence countries observes their foreign trade data particularly exports very carefully. Export is the major source of earning foreign currencies regularly and respectfully which then open doors to other areas like foreign technology acquisition and lot others. In the last couple of decades, China made unbelievable progress as far as merchandise exports are concerned and virtually became the factory of the world. As a rule of thumb, the more you export, the stronger you become as you starts controlling the economy of your major trading partners. Here we tried to find out major exporters of the world. 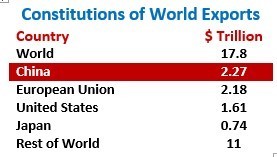 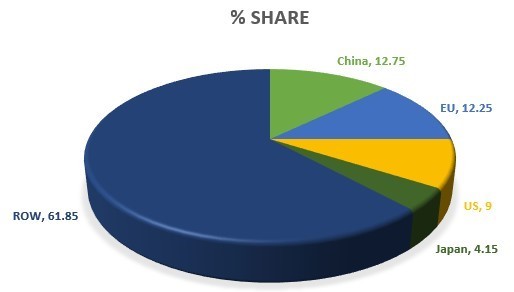 So as we can see that China is the single largest exporter having the world export share in double digits. China is the largest trading partner of number of countries of the world exporting not only garments, food stuff or low value added factory goods but also high end sophisticated machineries and equipment’s, medicines and medical devices etc. This unique position made China very much crucial for the growth of the world economy.

So as being Part 1 of the complete article, we will limit this till here. In the next part we will discuss the remaining three parameters of our 6 parameters and would try to evaluate it critically. So please feel to express your comments and feedbacks. You can directly mail me at casaketghiria@gmail.com with your comments, suggestions and feedbacks. For this article we sourced data from Wikipedia.